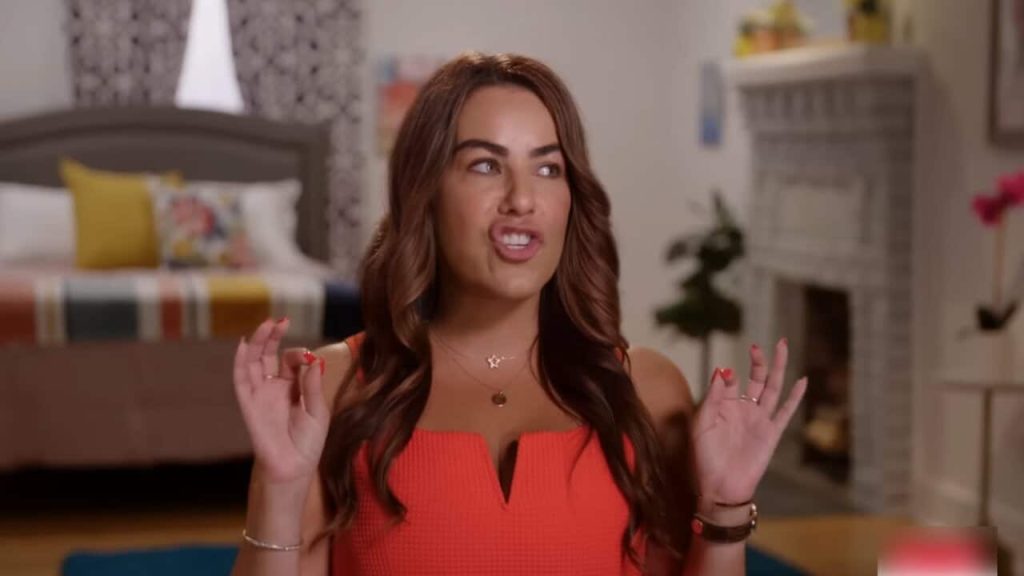 Veronica Rodriguez, a former 90 Day Fiance franchise star, has a glowing and shiny face after undergoing two beauty treatments in the last few months. These changes definitely revamped her look. The 37-year-old celebrity first appeared on the show as a recurring star in Tim Malcolm’s storyline. On the other hand, Veronica recently got a chance to be one of the main stars of 90 Day: The Single Life Season 3, thanks to her for being a fun personality. She and Tim would often do Pillow Talk episodes too. That’s where viewers got familiar with her fun personality. Tune in to know everything about her transformation.

90 Day Fiance: Veronica’s Face Drastically Changed Before & After Her Surgery!

90 Day Fiance fans adored Veronica’s story with her possible mate, Justin Foster, in The Single Life. However, the couple did not end up together at the end of the season. Veronica experimented with her physical appearance after being one of the show’s main cast members. She has had two cosmetic surgeries to enhance her beauty in the last few months. Moreover, she chose Latisse, an eyelash growth treatment for bigger lashes to enhance the eye. Veronica also had PRF filler treatment to decrease her wrinkles and fine lines and reduce the appearance of dark marks under her eye.

Veronica mentioned that getting PRF filler under her eyes was an organic way to enhance under-eye pigmentation. She shared a comparison of her under bags shortly after receiving the filler. It revealed a significant difference. Moreover, her dark circles had diminished, and the skin under her eyes appeared firmer. It’s been two weeks, and Veronica’s skin is wrinkle-free and brighter. The 90 Day Fiance star’s most recent no-makeup, no-filter photos show improved skin texture and less discoloration. Veronica’s fans are impressed by her new look and also appreciated her in the comments of her post.

After seeing herself on TV, Veronica decided to change her beauty routine and experiment with new cosmetic procedures. However, many feel she never needed facial surgery to look pretty. Yet, her new skin appears much healthier. A lot of viewers believe the TLC star seems ten years younger than her original age. Veronica’s face now appears more youthful and wrinkle-free. It’s all because of the PRF filler treatment. Fans of 90 Day Fiance will always find the single mother attractive, regardless of the outcome of her most recent cosmetic procedures. That’s because her radiating personality makes her prettier than her appearance.

Fans have taken notice of 90 Day Fiance star Veronica Rodriguez’s toned body. The TLC reality star recently posted a pic wearing a sports bra on her Instagram page. She looked so fit that the fans are curious about her workout routine. After fracturing her leg, she could not walk because of the operation to mend it. Thus, she ended up gaining a lot of weight. In one of the 90 Day Diaries episodes, the single mother revealed that she was involved in a ” car wreck” this very year. However, the celebrity single mom remained positive when the time was hard for her. Fans, therefore, adore her resilience and optimism.

Veronica revealed her new fit figure on Instagram after flaunting her racy look on 90 Day Fiance. She smiled as she curled her toned biceps with a pink dumbbell in the video. She then turned around to show off her lean stomach and physique, emphasizing her significant weight loss. The footage showed Veronica wearing a red crop top and black leggings, highlighting her curvy waist. While the Florida native did reveal the exact number of pounds she shed, her brand-new body gave away that she has started to put in a lot of work to stay fit. How do you feel about Veronica’s new look? Do tell us in the comments. For more updates, keep coming back to TV Seasons & Spoilers.