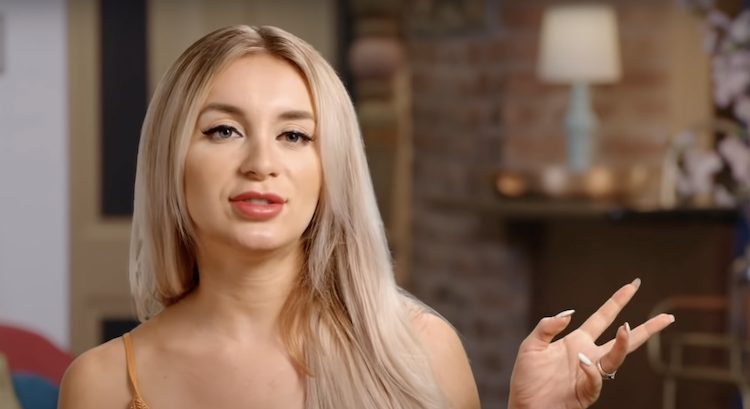 90 Day Fiance: Yara Discloses She Earns More Than Jovi, Claims She Is NOT A Gold Digger!

90 Day fiance couple Star Yara Zaya and Jovi Dufren have been in a rocky relationship. But despite all the hurdles, the two managed to make it to their marriage. Yara Zaya was always a party girl who loved to enjoy life to the fullest, and Jovi was in love with the like-minded chemistry of her partner. But since the birth of their daughter, it seems the couple is facing some hard times in keeping up with their relationship.

In July, Jovi was seen discussing with his mom that Yara had drastically changed. Jovi Dufren tells his mom on 90 Day Fiance: Happily Ever After that, Yara Zaya is boring and not fun. However, Gwen Eymard thinks that her son isn’t being completely honest about what’s going on between him and Yara. She feels that her daughter-in-law is just being a mom.

Many fans have believed that Yara is a ‘GOLD DIGGER’. Many have notions that Yara married Jovi because she thought him to be well settled. The Ukrainian star recently opened up about it and candidly spoke about who earns more among the two. Let’s see the insights!

The mother of one, Yara, premiered a video on September 22, clearing various notions and doubts of fans. The video length is 15 minutes 48 seconds. She titled the video ‘Answer on questions, am I pregnant? Why I chose Jovi?’. The video was featured on YouTube.

In the video, she answered some of the questions that she is often asked on Instagram. Yara revealed that her fans were curious about how much money she and Jovi make. She informs the viewers that there are some months when she makes more money than Jovi. According to Screenrant, the expensive things that she buys, like camera equipment for her vlog or purses or anything else, it’s all on her own. She says “Don’t worry guys I do not spend all of Jovi’s money.”

It seems that it was not all the ‘money factor’ that led Yara to marry Jovi. She clears it that she has her own earnings and is not altogether dependent on Jovi. Therefore, she says, “So look, do not call me gold digger.” Moreover, she laughs out and asserts that her critics can still continue to call her a gold digger unless they press the like button.

Insights Into Jovi’s Occupation, What He Does For a Living?

90 Day Fiance Celebrity Jovi Dufren works in underwater robotics. The current description on his LinkedIn profile reveals that he works with robotics and is an ROV supervisor. His job deals with operating technical equipment in a vessel, rig, or remote location, under challenging environmental conditions.

Due to his work, he mostly remains away from home. Not just that, his work has given him the opportunity to visit some really exotic places. As both Yara and Jovi are lovers of traveling and have met through a traveling app, Jovi loves the traveling part of his job.

Moreover, his income is quite high from working at the sea. This made many fans believe that all Yara wanted was a Green Card and his money. Moreover, Jovi informed that shrimp boats were a part of his childhood and how it had an influence on him to work in the field of underwater robotics.

Seemingly, Yara and Jovi have their own corner of different works and are trying to make the best out of it. Do you think Yara is a gold digger? Let us know in the comment section.