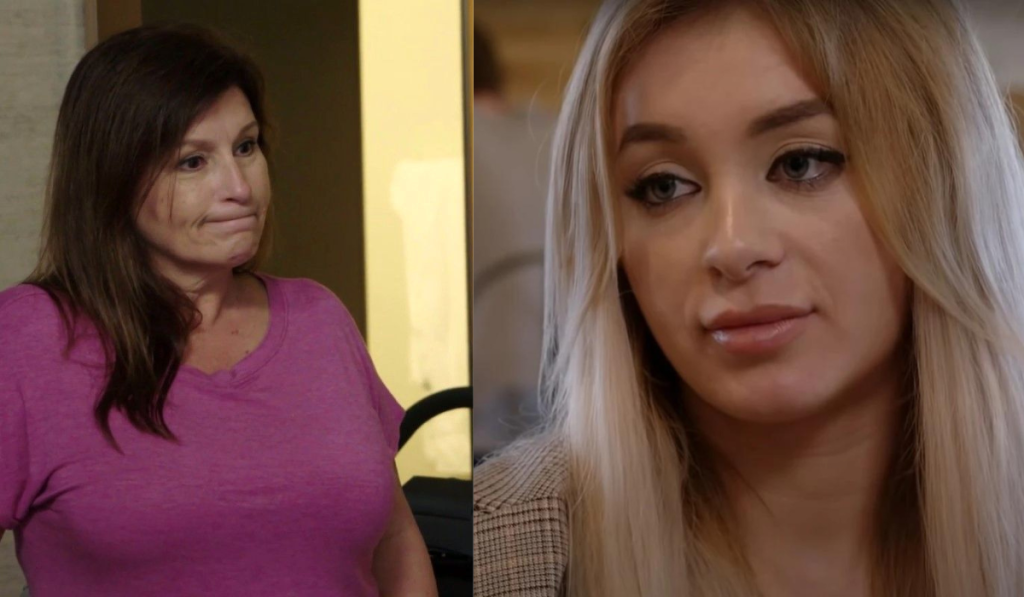 Yara Zaya and her mother-in-law Gwen had the most complicated relationship. When Yara entered Jovi’s home, she did not behave well with his mother. The reality celeb would often act rude and disrespectful toward Gwen. The 90 Day Fiance celeb has also stolen from Gwen and her husband. Hence, fans speculated that the two could not get along. However, Gwen’s composed nature has changed the dynamic between her and Yara. The mother-in-law showers great love on Zaya, and fans think their relationship is amazing. Recently, the two ladies again got into a war that shocked the viewers. What happened? Tune in to find out.

The way Gwen has adored Yara all through her mischievous activities is beyond imagination. The Ukrainian woman caused much trouble in the family, but Gwen has always stepped up for her daughter-in-law. There have been times when the mother took her daughter-in-law’s side and blamed her son for his wrongdoings. Similarly, Gwen even stood up for Yara on social media and defended her like no one ever has. Therefore, over time, Zaya understood the love between Gwen and her. Hence, since then, the two celebs have gotten closer off-screen. In addition, they love to pull pranks on each other.

So, in a new Instagram video, fans could see Gwen getting her revenge on Yara. In a self-made video, Gwen mixed purple dye in Yara’s shampoo. Then, viewers could hear the 90 Day Fiance star screaming from the bathroom. The TLC personality filmed her daughter-in-law saying, “How’s it coming?” To which Yara responded, “Is it funny for you?” However, Gwen noted that Yara looked pretty. Meanwhile, Jovi’s wife stated that she would never trust Gwen anymore. And the cool MIL reminded Yara of the prank she pulled on her and how difficult it was to clean the floor.

90 Day Fiance: Why Did Gwen Pull The Prank?

The fans thoroughly enjoy the situation between Yara and Gwen. The celebs have managed to move past their hard feelings and form a beautiful bond. Meanwhile, fans wondered what the 90 Day Fiance star did that made the mother-in-law pull such a prank. A few days back, Zaya added a spoonful of flour to Gwen’s hair dryer. So, when Gwen turned on the hair dryer, the flour blew out of it and ruined the mother-in-law’s clothes, hair, and face. The flour also ruined the floor, and that’s why Jovi’s mother decided to give Yara a taste of her own medicine.

Well, 90 Day Fiance fans love the silly pranks between Yara and Gwen. The 90 Day Fiance viewers admire the connection between the two, and they often say that Zaya is lucky to get a mother-in-law like Gwen. Meanwhile, many also complimented Yara’s new purple hair. What do you think of it? Tell us in the comments below. And stay tuned to TV Season & Spoilers for the latest updates on reality TV shows.