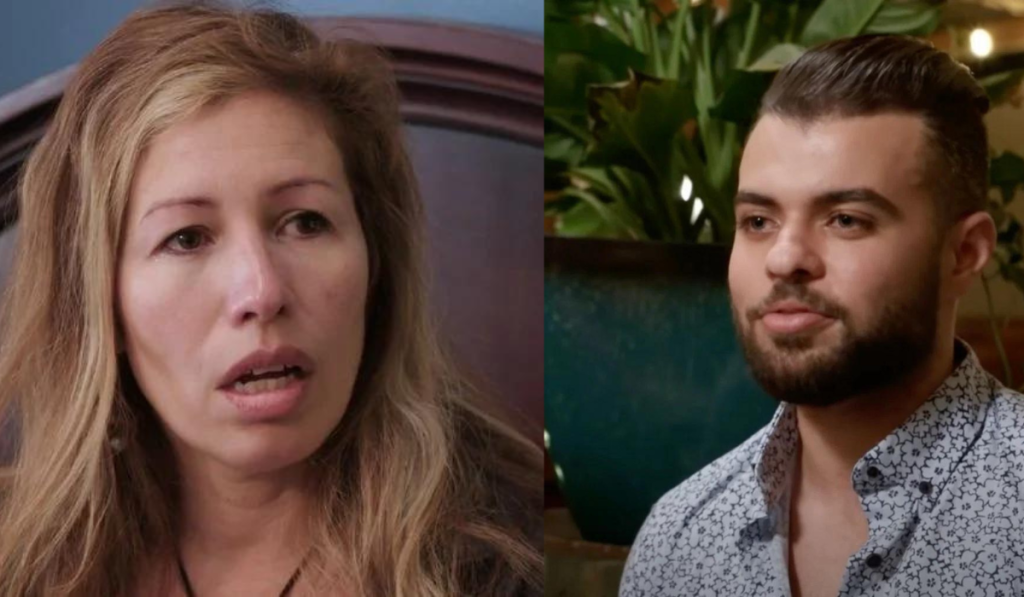 After less than half a year of marriage, Yvette and Mohamed have decided to separate ways. As per fans, the couple never had a real connection. TLC viewers speculated that Mohamed used his 90 Day Fiance co-star as a gateway for the “green card.” Besides, things turned sour after the Tell-All part 2, where the network showed cheating texts of Abdelhamed. And now, amid the chaos, Mohamed Abdelhamed faces “Immigration Fraud” from Yvette’s legal team. Tune in with us right away to know more.

It has been a dream for Yvette to have a family. She was a single woman with a special child. The Egyptian met her online, and they started chatting. Soon, the two of them moved forward and began dating. Yvette believed that she had met the love of her life. Moreover, Mohamed made her feel important in his own way. However, things started to deteriorate between the two as Abdelhamed stated several restricti ons on Yvette. It included not wearing any revealing clothes and other things. The Egypt native noted that it is what is in his religion. Hence, Yve’s friends tried to make her understand not to get involved.

However, Yvette didn’t listen and decided to marry Mohamed. Only after the Tell-All part did Yve learn about her husband’s cheating scandal. The 90 Day Fiance celeb has been talking to another woman. InTouchWeekly reports that Yvette has accused Abdelhamed of “Immigration Fraud.” The immigration attorney Kathleen Martinez is prepping to file charges against Mohamed. Likewise, Kathleen will assist Yvette so the husband doesn’t get to stay under pretenses. Dominique Enchinton of Dominton Talent House says that an all-woman team will help Yvette to shine the light on her truth.

Meanwhile, Mohamed Abdelhamed has countered that he didn’t commit immigration fraud. He also noted that he has no issues with returning back to his country, Egypt. Well, Yvette is trying to take action against the reality celeb. The 90 Day Fiance couple is no longer together, but they still need to file for a divorce.

Things between the couple has gone out of hand, and 90 Day Fiance fans are left confused as to what actually happened between them. After Mohamed’s cheating scandal resurfaced, the reality celeb accused his wife of domestic violence. On August 15, Mohamed Abdelhamed filed charges against his wife with one count of battery and one count of assault. According to the police documents, when Mohamed broke up with his online suitor Andrea, she blackmailed him for telling his wife. However, until then, Yvette got to know the truth and tried to fight for Abdelhamed’s phone. Officer Jasmin Romero noted that the husband fell on the floor, and the wife got on top of him.

Eventually, Yvette put her knees onto Mohamed’s throat and tried to snatch the phone. However, the husband could escape his wife’s grip without hurting her. Moreover, Abdelhamed claims that Yvette Arellano gets violent when she drinks. He also accused her of having an affair. However, the investigation is still going on, and it isn’t clear who’s right and who’s not. What do you think? Tell us in the comments below. And stay tuned to TV Season & Spoilers for the latest updates on 90 Day Fiance.