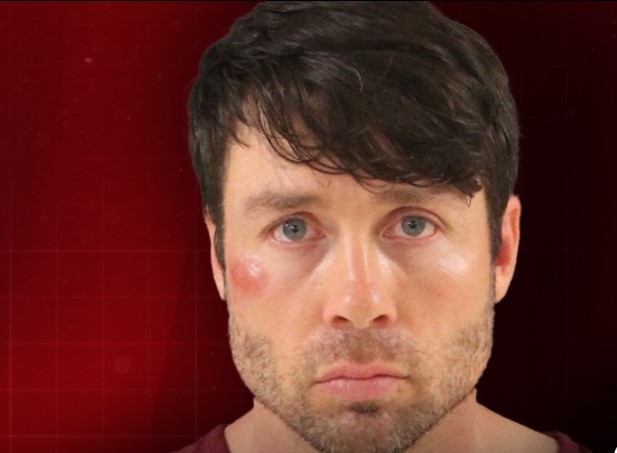 Another TLC cast member is has been booked and found guilty of some serious crimes. 90 Day Fiance: Before The 90 Days, celebrity Geoffrey Paschel was found guilty of aggravated kidnapping, domestic assault, and interference with an emergency call after a televised court hearing on October 7, 2021. Paschel testified on the stand in his own defense, claiming that the charges against him were false. However, this decision has become even worse for him as he could not prove his innocence. Here are more details about the same. ‘

On the 7th of this month, TLC cast member Geoffrey Paschel was returning to the cameras to testifying against his case. The charges included aggravated kidnapping, domestic violence, and interference with an emergency call. The allegations included the vandalism of a police vehicle. But the court did not charge him for that when his verdict came out. However, Paschel has been officially found guilty of all other charges.

The incident happened back on June 9, 2019. As per the victim Kristen Wilson’s testimony, Paschel had “grabbed her by the neck and slammed her head against a wall” after the two got into a dispute. As per the report and Court TV’s video of the trial, Wilson ran to her neighbor’s house, who eventually called the police leading to Paschel’s arrest. However, at that time, Geoffrey was maintaining his innocence. He was also claiming that Kristen’s bruises were all “self-indicted”. These injuries included a large bump on her forehead (which eventually led to two black eyes), and multiple bruises all over her body.

Wilson’s elbows and knees had severe scrapes, allegedly due to dragging by Geoffrey. Starcasm shares some graphic pictures of Kristen’s injury highlight nearly all of her injuries. After a long trial, the judge agreed that the victim’s testimonies were more believable. But, Paschel could barely prove his innocence. In fact, the prosecution then discussed how Geoffrey’s own injuries could be self-inflicted. Towards the end, the verdict was passed, and Geoffrey Paschel was finally found guilty of all charges against him.

As per reports, he might face around 8-30 years on the aggravating kidnapping charge. But, we will have to wait for his hearing on December 3, 2021 for the official decision.

Now that Geoffrey has been found guilty of the serious crimes, multiple 90 Day Fiance cast members are reacting to the controversial case. As of now, fans are waiting for TLC to let out a notice related to the case or issue a public apology for exposing Paschel to national television. However, they were relieved to see some celebrities speak up on the topic. The list of such celebs included Deavan Clegg, who shared a very personal story on her social media. She said she was happy that justice was served as she is also a domestic violence victim.

In some screenshots shared by John Yates, 90 Day Fiance cast member Jon J Walters also reacted to the news. He announced that he is no longer friends with Geoffrey. In another post, Corey Rathgeber commented, “And he could have taken a deal that had no jail time or anything much, but he chose to fight it in court? Craziness”. Aside from him, Yara Zaya exclaimed at the news and couldn’t say anything more than, “Omg”.

As of now, fans are criticizing TLC for having many cast members with significant criminal histories. The list includes Jorge Nava, Paul Staehle, and Larissa Lima. Darcey and Stacey Silva also have a rough history with the law. Other than these, fans are aware of Scottie Deem and Ronald Smith’s cases as well. What are your thoughts on the shocking news? Do you think TLC should not include people with a criminal history? Tell us in the comments below. Stay tuned for more 90 Day Fiance news.