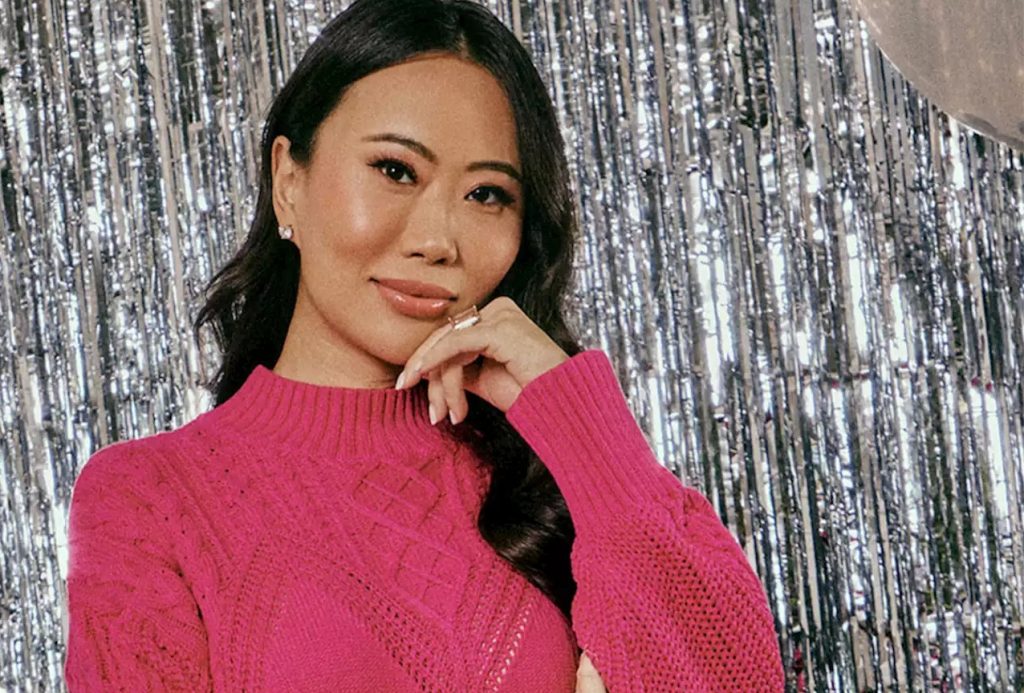 Bling Empire is a popular Netflix series that shows the lives of wealthy Asians. The Asian-Americans are glamorously rich and go around partying and celebrating in Los Angeles. The show has three seasons overall that cover the lives of the family members. Kelly Mi Li is a Chinese-American film producer and entrepreneur. The show has also covered her career and dating life. Although the former is inspiring, the latter has seen a few pitfalls. Kelly was married to Lin Miao until 2015 and later dated actor Andrew Gray. Gradually, she finds love and is pregnant with her first child. Keep reading to know about Kelly and her long-distance boyfriend.

Bling Empire: Kelly Mi Li Reveals The Sex Of Her Baby Through A Cupcake

Bling Empire executive producer and star Kelly Mi Li have looked for love and taken her time to find it. After her breakup with actor Andrew Gray, her best friend Kane Lim secretly made Kelly’s account on a dating app. Although the Netflix star did go on a few dates, she did not date any of those men. Her current boyfriend, whose identity remains disclosed, is from San Francisco. The couple has had a long-distance relationship for more than a year now. Kelly seemed happy and said she hadn’t felt love like this before.

In an exclusive interview with ENews, Kelly shared that her partner loves kids and is great with them. The couple also discussed having children before the film producer learned she was pregnant. They were planning to try for a kid by the end of the year, but destiny had other plans, Kelly added. The entrepreneur announced her pregnancy through her Instagram almost a month back. She posted a picture of herself holding a Clearblue pregnancy test kit with ‘pregnant’ written on it. The real estate agent had an expression of surprise mixed with excitement.

The thread post also had a video where she announced the news to her mother. The celebrity’s mother screamed with joy while unpacking the surprise baby hamper. Kelly added a heartfelt caption to the post expressing her happiness. She wrote that her mystery of craving sweets and not just spicy was finally solved. The parents-to-be are grateful and excited to start this new chapter. Mi Li’s mother badly wanted to be a grandma, and she concluded that everyone who watches Bling Empire would know it.

Bling Empire: It’s A Pink Cupcake For The Parents-To-Be!

The Bling Empire star took to her Instagram to share the gender-reveal video. As the video played, it also had her narration. The producer wanted the sex to reveal to be a private ceremony consisting of her boyfriend and course, Sophia (Kelly’s pet dog). Further, Kelly cut the cupcake and found a pink-colored cream inside it. She did a good pregnancy cry when Mi Li found out she was expecting. It is a moment she will cherish, and she is excited to meet her baby girl, Kelly told Entertainment Tonight.

In an interview with the People, the real estate agent shared her plans of trying for a baby. She revealed that the couple had already bought a few Clearblue ovulation test kits before she could get used to it. Although Kelly did get pregnant, it came as a surprise to her. She is 37, and her friends her age are getting IVF and other pregnancy procedures done. However, the couple is happy to have a baby on the way. For more exciting news updates, stay tuned to TV Season & Spoilers.