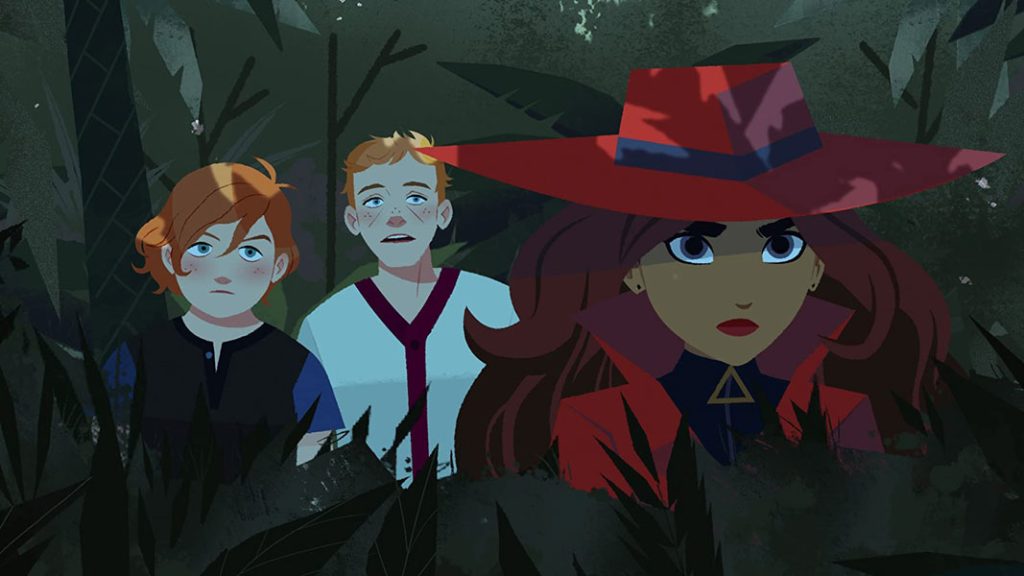 Carmen Sandiego Season 5: Has Netflix Renewed The Show? Find All The Details Here

Carmen Sandiego is a name that kids from the 1990s can heavily relate to. Meanwhile, the Netflix adaptation of the show has also been quite famous for its four seasons. However, even after more than a year since its premiere, fans are still waiting for Carmen Sandiego Season 5. But is it coming? Let’s find out!

Created by Duane Capizzi, Netflix’s Carmen Sandiego is an animated series based on a popular media franchise of the same name. The show debuted on the streaming platform in 2019. It follows the titular characters in her Robinhoodesqe adventures as she steals from thieves and gives away her spoils.

Will There Be Carmen Sandiego Season 5?

The fourth season of the animated drama series premiered on Netflix on January 15, 2021. Since then, it has been over one and a half years, but fans are still awaiting the renewal of Carmen Sandiego Season 5. Unfortunately for them, the word is that the series is not coming back for a fifth season. A tweet from the show’s official Twitter handle confirmed back in December that the fourth season is the last part of the series. Thus, fans need to make peace with the fact that the series is not returning as it has been axed by Netflix.

What To Expect From Carmen Sandiego Season 5?

Carmen left a note for Zack and Ivy at the close of the previous season, in which she delivered her final thoughts to them. In two years, the neighborhood experienced more violence, which Carmen coped with before escaping into the shadows.

There are no substantial updates about the plot of the fifth season. But if the show does come back with CarmenSandiego Season 5, we can expect it to continue with the hilarious misadventures of the titular character and her friends. The show will likely pick up the story after the past season’s events. In the future, we can witness our heroine setting off on brand-new journeys and displaying many brave deeds.

In the 90s show, Rita Moreno gave her voice to Carmen Sandiego. Meanwhile, Netflix made some changes in the voice cast for the all-new misadventures of the characters. In the Netflix adaptation, Gina Rodriguez lends her voice to the titular character. Besides, the Player is voiced by Finn Wolfhard in the show. Moreover, in the cast, we see Liam O’Brien as Professor Maelstrom. Abby Trott as Ivy. Michael Hawley as Zack and Dawnn Lewis dub Chief. Then, there is Sharon Muthu as Dr. Bellum, Paul Nakauchi as Shadowsan, and Rafael Petardi voicing Chase Devineaux.

Additionally, in the cast, we have Mary Elizabeth McGlynn as Coach Brunt. Toks Olagundoye as Countess Cleo and Charlet Chung as Julia Argent. If the series is recommissioned for Carmen Sandiego, we can expect most of the existing voice cast members to be back in their respective characters. On the flip side, we might see a few new characters in the next season voiced by a new addition to the cast.