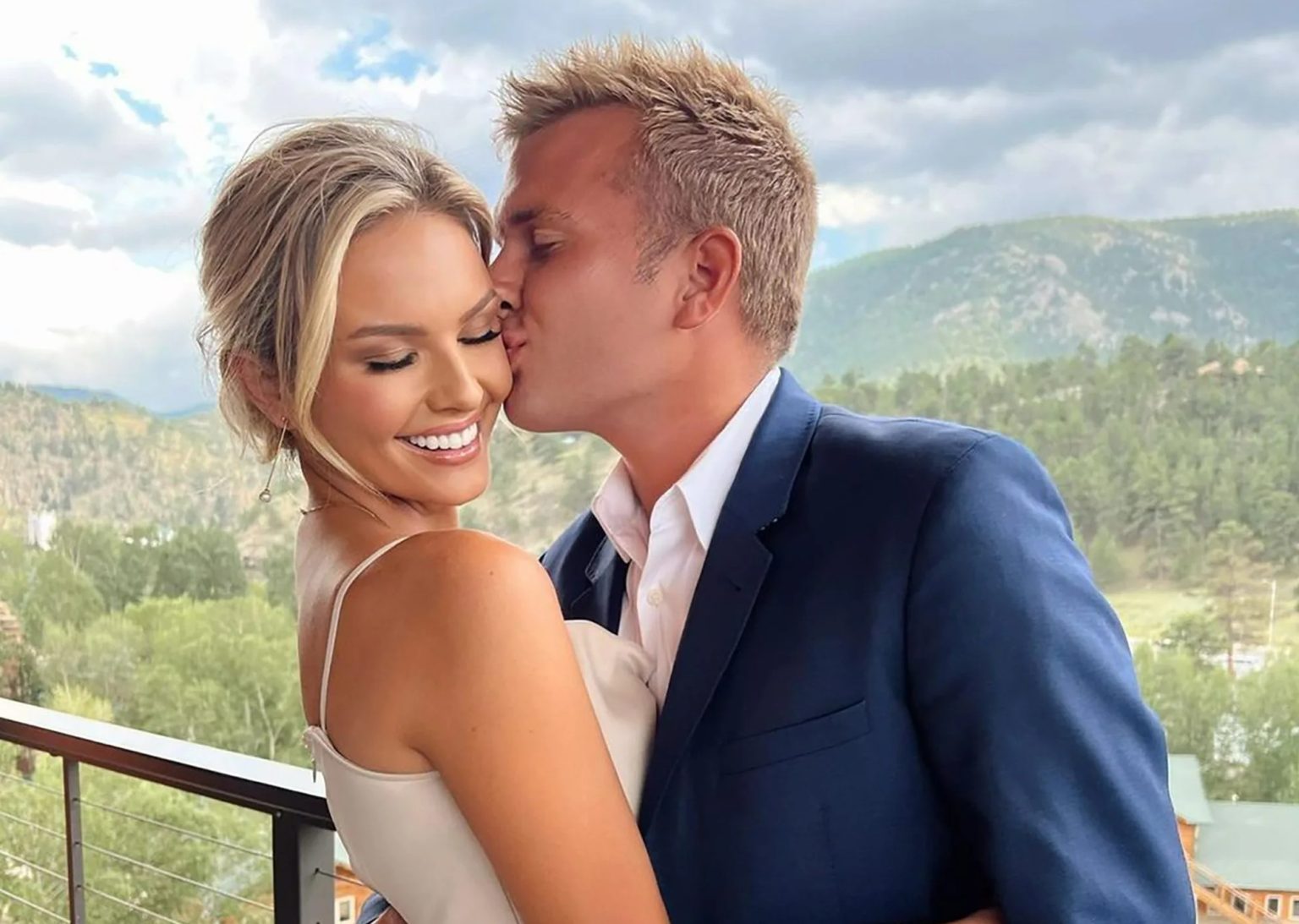 The Chrisley Knows Best cast is going through a lot currently. The leading stars of the reality-tv show, Todd and Julie Chrisley have been accused of money fraud. The court of law has sentenced the couple to twelve and seven years of jail, respectively. While this haywire persists in the family, it seems Chase and Emmy are up to something. Chase Chrisley and Emmy Medders have been dating since 2020, while they have known each other for a long time. They had them on and off’s, but things escalated quickly this month. Keep reading to know the insider info about the couple!

The Growing Up With Chrisleys alum shared pictures with his girlfriend, Emmy Medders, on Instagram. The couple looked stunning while they were dressed in glamorous clothes. Chase was wearing a printed jacket with a white shirt and black pants. On the other hand, Emmy Medders adorned a beautiful white gown. The gown was garnished with rhinestones on its upper body and feather sleeves. The dress was body stuck from her lower body and was captioned, ‘Forever’ with a white heart.

In the next post, the couple embraced each other with a heartfelt caption that read, “God made you for me”. Chase posted pictures in a black-and-white filter. The couple had shared their news of engagement back in October. The Chrisley Knows Best star’s son popped the question to Emmy at First Horizon Baseball Stadium in Tennessee. Moreover, Chase and Emmy seemed extremely happy and over the top with the contentment of having each other in their lives.

The proposal post featured Chase Chrisley on his knees next to Emmy Medders in the stadium adorned with rose petals in a heart shape. Additionally, Chase shared a few more pictures from the proposal day where the couple could be seen celebrating their love. In the caption, he said he is the luckiest man to call Emmy his forever. Further, he wrote that she is a blessing to him straight from God and that he loves her, as per tvshowsace

. However, neither Chase nor Emmy have yet revealed any news on their wedding. Although, fans speculate that the marriage might have already happened as the pictures narrated a wedding-ly story.

Fans took to the comment section to express their love for the couple. Everyone seemed excited and happy and blessed Chase and Emmy. Although, people feel that the couple might have already tied the knot since wearing a gown and a tuxedo is not common. It has raised eyebrows, especially because Chrisley Knows Best protagonists, Todd and Julie Chrisley, will serve their prison time from January 2023. This could be a possible reason for the couple to rush their marriage so that Chase’s parents can see it.

The couple has been rushing their marriage since their engagement. Critics also feel that Emmy Medders might be pregnant. Although the pictures do not support this theory, the wedding might have already happened. A few people also believe that the stars might have tied the knot in a secret affair without telling the media or other people. Are Chase and Emmy married? Does their wedding have something to do with Chrisley’s time in jail or Emmy’s pregnancy? For more exciting news updates, stay tuned to TV Season & Spoilers.