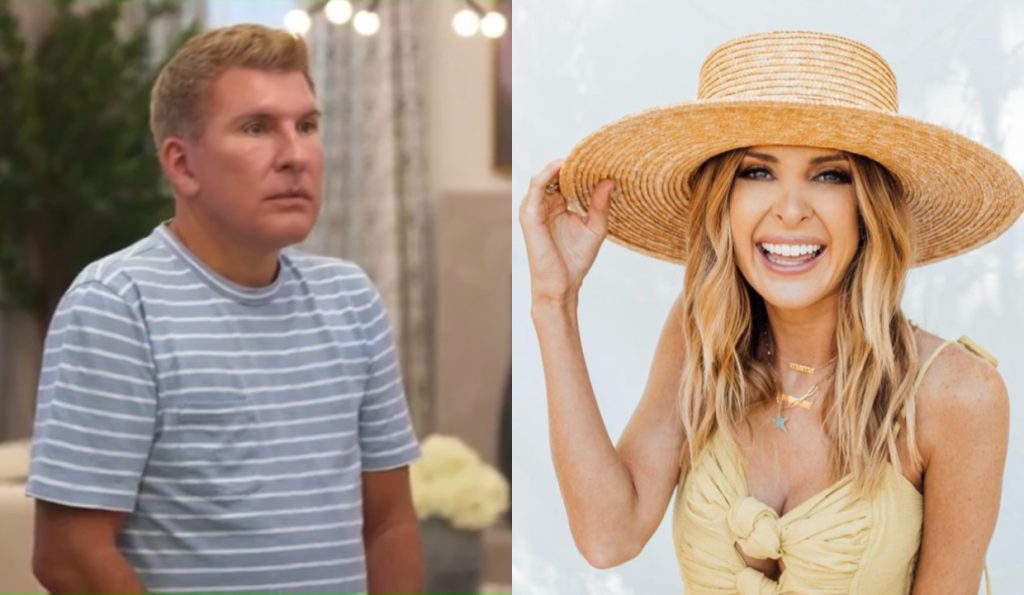 The Chrisley Knows Best is no more the show that people knew. Lately, it has turned into a complete mess. Apparently, the lead couple, Todd and Julie, were found guilty of crimes like tax evasion, bank fraud, and the list goes on. Hence the court gave a guilty verdict for the duo and sentenced them to 19 years of imprisonment combined. However, since then, the star kids have constantly been scuffling with what’s to come for Todd and Julie next. Well, it seems that the eldest Chrisley daughter Lindsie Chrisley has finally decided to open up about the situation to the FBI. Shockingly, she revealed that she was really afraid of her father, Todd’s violent behavior towards her. We have all the information you might wish to know, so keep on reading.

The Chrisley Knows Best star Lindsie has earlier as well spoken about the entire messy situation in a podcast. Apparently, she revealed that the worst time of the day for her is when she wakes up in the morning and when she goes back to sleep at night. Well, those are the times when the celeb is completely alone with her thoughts. Not only this, Lindsie further added that it has been really hard for her. In addition to that, the popular star often claims that she is really ‘heartbroken’ about everything.

Apparently, somewhere down the line, this might have something to do with bringing her parents down. The 33-year-old went to Georgia’s Department of Revenue and filed a report against her own father. Not only this, but the celeb also gave an interview to the FBI. There she shockingly accused Todd of harassment, physical violence, and blackmailing as well. In addition to that, she called the FBI and US Probation to inform them that the Chrisley Knows Best patriarch was harassing and intimidating her again.

Apparently, Todd suspected that Lindsie had done something mischievous and had spoken to the authorities. Hence, he started calling her a snake. In addition to that, an email was obtained by DailyMail.com, which was from August 13, 2019. In the mail, the celeb asked the authorities to take a follow-up from her as there are a lot of concerning things, and she is afraid of them. Ironically, it was the same day when the star couple was federally indicted on eight counts of fraud. Hence, it is clear that Lindsie has a hand in taking her parents down!

Chrisley Knows Best: Lindsie Reveals That Julie Was Rude To The Show’s Crew

The Chrisley Knows Best star Lindsie Chrisley spoke with agents at the FBI office in Atlanta. Apparently, in her interview, she revealed that till she was 19 or 20, she was estranged from her father. Hence, it was in 2012, when the patriarch reconciled with his daughter and asked her to join the show. Moreover, the celeb decided to join the show for around five seasons. Fans know that was the time when Lindsie moved to Nashville to live with her father as she split from her ex-husband.

Further, in 2017, GDOR seized the Chrisleys’ storage facility, which upset the matriarch. Hence she was on edge and rude to the show crew while the family was filming an episode that day. In addition to that, Lindsie further reveals that things escalated to the point when Julie allegedly slapped her. Though this isn’t in the official records, as no police complaint has been filed, the star left the show shortly after that. Keep coming back to TV Season & Spoilers for all the latest Chrisley Knows Best tea.