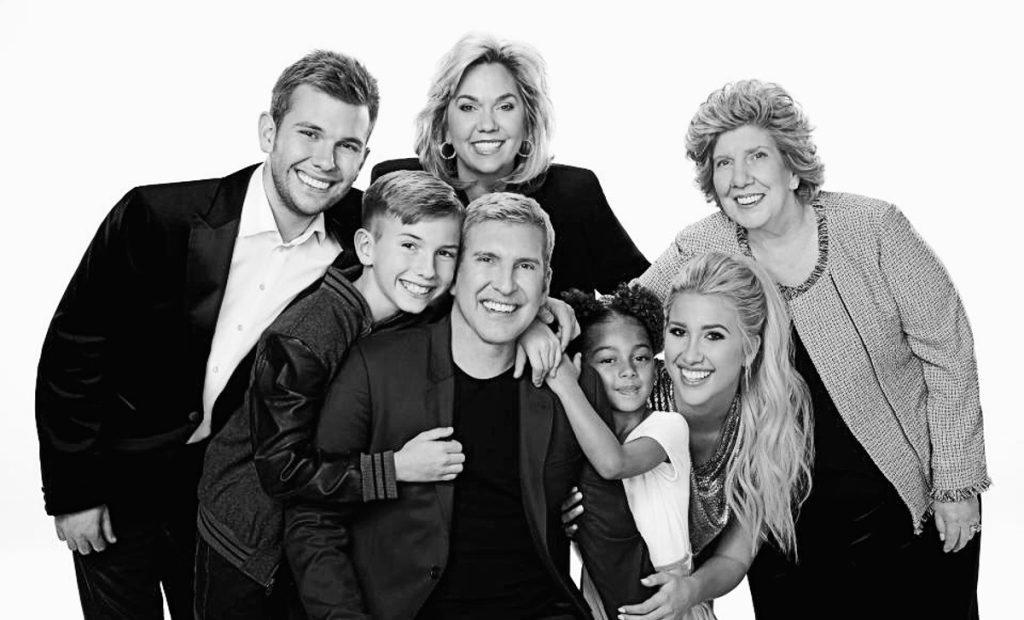 If you or anyone you know is undergoing similar issues, then do not fear reaching out to:
1-800-273-8255 or http://suicidepreventionlifeline.org/

The Chrisley Knows Best family first got famous after starring in their own show in 2014. However, things haven’t been in the family’s favor for the past year. Avid fans must know that Todd and Julie Chrisley got in trouble with the law after their guilty charge for several crimes. This includes bank and wire fraud, conspiracy, tax evasion, and so on. As they are due to show up in prison in January, a lot of shocking things are coming into the limelight. After all, the Chrisley family is going through tough times. The eldest son Kyle just opened up about his suicide attempt. Keep reading for more details on this.

Chrisley Knows Best: Kyle Chrisley Attempted Suicide, Everything ‘Crashed Down’ On Him

The Chrisley Knows Best fanbase has gotten familiar with all the members since the reality show went on air in 2014. Apart from Julie and Todd Chrisley, kids Kyle and Lindsie (from Todd’s previous marriage), Savannah, Chase, and Grayson also got a fair share of the limelight. However, there have been things that the camera didn’t capture. For instance, the eldest Chrisley child opened up about something very concerning and disturbing through his Instagram handle. Turns out, Kyle attempted suicide 3 years ago. It happened when his wife, Ashleigh, was out of the house. The star started off by saying he isn’t good at talking about his struggles. But he wanted to do so as it would help other people.

Kyle wrote the viewers must be wondering why he did such a thing. Well, he revealed that he still can’t “fathom” it even years later. The celebrity vulnerably stated that he had issues with “self worth”, feeling like he doesn’t “belong,” and also never feeling “good enough”. Unfortunately, when the Chrisley Knows Best star tried seeking help, he was misdiagnosed as “bipolar”. Hence, taking the wrong medication caused more problems for Kyle and long phases of “depression” and outbursts. His relationship with his family also suffered, and he resorted to drugs too and got the label of an “acddict”.

While keeping the details of his suicide attempt private, Kyle Chrisley mentioned he felt like the whole world was “crashing down” on him. He woke up on the ventilator after his attempt and was grateful for a second chance. But things are better for the star now. He talked of being “happy”, feeling “wanted”, and “needed”. Chrisley also stated that the people reading the message might be feeling the same. Kyle also added the suicide prevention helpline for the ones in the same boat as him.

As mentioned above, Kyle Chrisley had a very rocky relationship with his parents. It happened when he turned to drugs after struggling with his mental health. However, things fell into place for the family when Kyle united with his dad, and they sorted out their issues in 2019. Chrisley Knows Best captured a lot of those moments on the show. At last, Kyle also ended up giving custody of his daughter, Chloe, from his previous marriage to Angela Johnson. He did so because of his past with drugs. The couple was happy to fill in for the father and adopted their 10-year-old granddaughter with ease. As mentioned above, Kyle is doing better and is off drugs. He successfully turned his life around.

However, the troubles haven’t ended for the Chrisleys. That’s because Todd and Julie will be going to jail for 19 years combined as punishment for their financial fraud. While their kids, Chase and Savannah, are all grown up, Grayson and Chloe are still minors. Hence, their sister, Savannah Chrisley, had mentioned that she will be taking the two under her wing until their parents are out of prison. She, too, has started a podcast of her own to talk about these tough times with the audience. Keep coming back to TV Season & Spoilers for more Chrisley Knows Best updates.