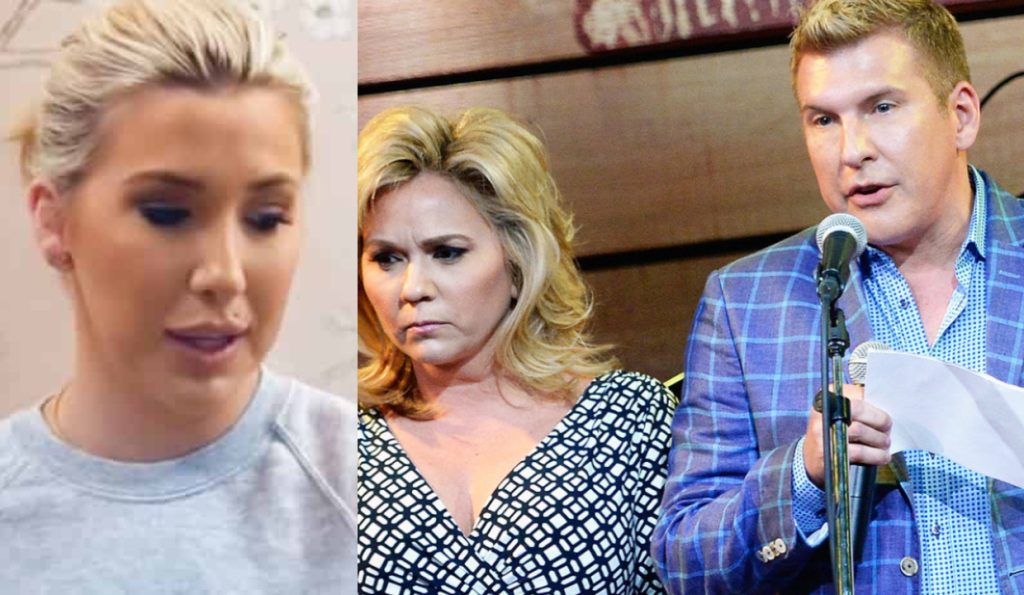 The Chrisley Knows Best fans know that lately, the show has turned into a complete mess. The internal dynamics became further complicated when the court’s guilty verdict for Todd and Julie came out. The couple has been sentenced to jail with accusations including tax evasion, bank fraud, and the list goes on. Fans know that the Chrisley couple had custody of their granddaughter, Chloe. However, they won’t be around now to take care of her. Hence now, the custody battle begins between Savanah and Angela. The former is the child’s biological mother, and the latter is her aunt, who is ready to adopt her and her younger brother as well. We have all the information, so keep on reading.

The Chrisley Knows Best took a grave turn recently. Apparently, fans knew that Chloe was the biological daughter of Chrisley’s eldest son Kyle and his ex-partner Angela. Todd and Julie had shared custody of their granddaughter with her biological parents. However, the sole custody was transferred to the former when Angela was accused of filing a false application for Medicaid and had to go behind bars. Since then, Todd and Julie have always treated the 10-year-old as their own daughter and have taken care of her.

But after the lawsuit began and the elderly couple was found guilty. A new question arises now, who will now look after the 10-year-old? Apparently, Angela is trying her best to get her daughter home now. In an interview, she spoke about the reason why she should be awarded sole custody of her own daughter. Chloe’s biological mom has made it clear that she is getting legal papers ready and will soon apply in court as well for the same.

Angela, in a recent interview, went vocal about her pain. She revealed that it had been a long time since she had kept her patience instilled. With teary eyes, the matriarch claims that she doesn’t think it is right for the Chrisleys to snatch away her daughter and pretend like she doesn’t even exist. Fans expected that Angela might now get her biological daughter’s sole guardianship. Still, even after all this, the elderly couple is planning to let Savannah have custody of the 10-year-old. Angela doesn’t think that this arrangement makes any sense and is ready to fight for her daughter by hook or by crook now.

Chrisley Knows Best: Who Will Get The Custody? Savannah Or Angela?

The Chrisley Knows Best fans know that the show’s main leads will not be around for about a decade now. However, the main concern of the family is now to get sole custody of Chloe. Apparently, Angela reveals that Savannah will get custody of Grayson and Chloe as well. She adds further that she has no idea about how Kyle’s doing these days. This suggests that the matriarch is alone in the battle. Indeed the USA Network star feels that it would be unfair if her biological daughter’s custody is given to someone else.

Not only this, she further adds that she was made to cut off from her own daughter. Apparently, as per Angela, she never walked out. The Chrisleys pushed her away and wanted the star to forget about her daughter. The main reason the matriarch wants her daughter back is that she has a family of her own. Angela fears that Chloe wouldn’t even remember her side of the family because it has been around six years since the child couldn’t come back to her own mother. However, it would be interesting to know who will get custody at last. Above all, Chloe’s choice also matters. Keep coming back to TV Season & Spoilers

for all the latest Chrisley Knows Best tea.