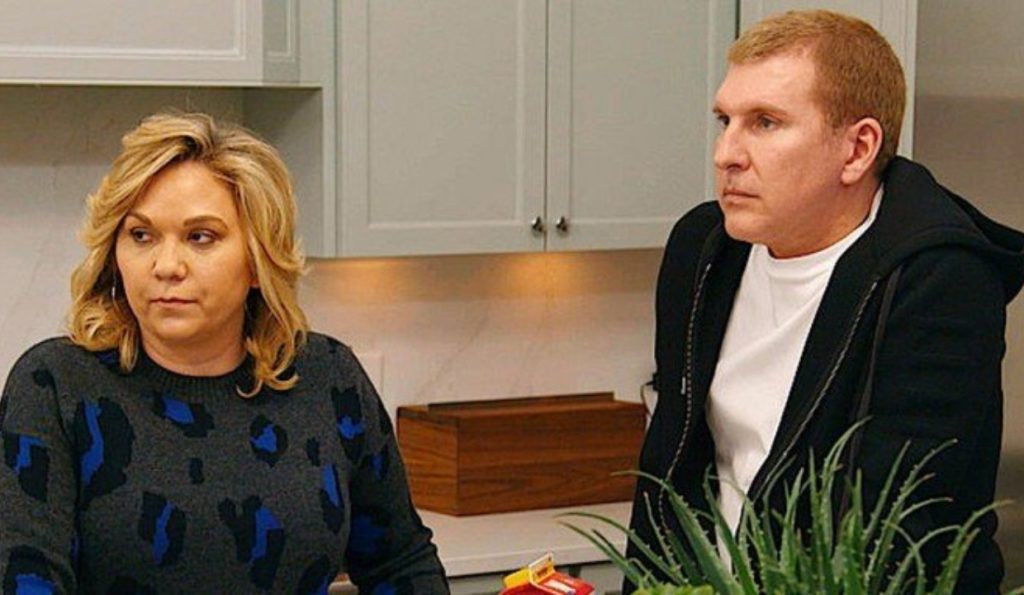 Todd, Julie Chrisley, and their world of real estate came into the limelight after their show Chrisley Knows Best went on air. Therefore, it gained a lot of popularity over time and has continued for years to come since 2014. However, the future of the series appeared bleak. Apparently, the famous Chrisley couple is in a lot of financial and legal trouble due to their case of bank fraud and tax evasion. So, will the show get canceled now as both of them might serve prison time for their crimes? Keep reading to know more details.

When Chrisley Knows Best premiered on TV, viewers were fascinated by the family and their elite way of living. Therefore, the show became the perfect lighthearted watch for many. Owing to this, its popularity skyrocketed, becoming one of the most known shows on USA Network. However, everything is slowly going downhill for the famous couple, Todd and Julie Chrisley. Apparently, both of them are guilty of crimes like Tax Evasion and Bank Fraud. Shockingly, they gulled $30 million from several “financial institutions” in Georgia. In fact, the duo did this in the span of five years. Moreover, the rumor mill suggests that Chrisleys could be looking up to spending 30 years in prison.

As per a federal prosecutor, the couple will most likely lose their brand deals and the reality show. As per NickiSwift, she pointed out that the TV networks have the power to “terminate” TV show contracts in case any of the cast mates are found guilty of comm itting a crime. Moreover, the family has already shot for Chrisley Knows Best Season 9. However, there is no confirmation whether USA Network will air the series after this scandal or not. Therefore, viewers are looking forward to an official announcement to make sense of the matter.

Although the court has already found the Chrisley Knows Best stars guilty of financial crimes, they have a new attorney team to fight until the very last. As a result, the patriarch has to go to court for the same from October 2022. Moreover, viewers already feel that the family will end up losing a lot after the criminal charge. Well, it looks like this has already begun to happen. In fact, the nonalcoholic drink company, i.e., Beckett’s Spirits under Tinley Beverage Company Inc, has already withdrawn the brand endorsement deal they had with Todd Chrisley.

As far as the upcoming season, i.e., Chrisley Knows Best Season 9, is concerned, rumor mills again suggest that USA Network will showcase it completely. That’s because the filming took place before Todd and Julie Chisley’s first court trial. However, there is no confirmation whether there will be more seasons of the show or not. Moreover, viewers still await confirmation from a verified source to know better. Until then, keep checking TV Season & Spoilers for more Chrisley Knows Best news.