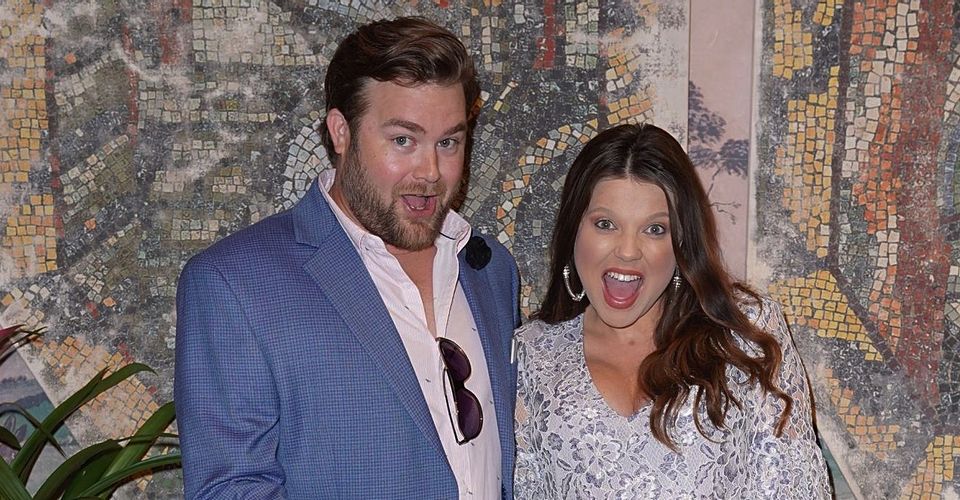 Counting On: Amy Duggar Divorcing Her Husband Dillon King, Fans Are Suspicious About Their Relationship

Amy walks off all the restrictions of the Duggar family. Counting On’s Duggars to-do list does not counts wearing short clothes, drinking alcohol, taking birth control pills, and many such things. Well, Amy Duggar never seems to follow any of that. She was seen showing her baby bump in jeans and bra. Amy doesn’t even need anyone’s permission to do anything of her choice. Free Amy has been living her life up to her mark. But, is she faking all of it? Many claims that her marriage has been broken secretly. Is it true? Know below.

Amy Duggar is married to Dillion King after breaking several hearts. Amy has always been one rebel kid of the Duggar family. She always walks on the paths she chooses for herself. But, the opposite happens in the case of her marriage? Are all the smiles on social media fake?

These questions have risen ever since the personality shared her thoughts on Twitter. Recently on February 27, 2021, she shared on social media, “Give me a broken heart…over one lover.” What does that mean? The other one says, “After a relationship ends, it makes you stronger, and you realize what you need in your life and what you don’t.” Is Amy hinting towards the heartbreak?

Fans thought the heartbreak to be the reason for Amy Duggar’s such cryptic quotes. One of the fans replied, “I hope everything is ok, Amy.” The personality might be facing some down in her marriage. That’s normal for the couple. Well, in Amy and Dillon’s case, they have much more rough patches than any normal couple. We think that Amy can get divorced anytime she wants if it doesn’t suit her. Could the baby be the reason for the two of them sticking together? Yes, that might be possible.

However, Amy King also cleared on social media that she is not getting divorced. She stated, “I am just saying relationships in general, not my own…it is ok just to share what I have learned as a person…”

Counting On: Jinger Thinks Cousin Amy To Be Immature!

Jinger, Jill, and Amy Duggar have always been spotted on date nights and casual day-outs. However, the situation is not the same anymore. What happened between the three sisters? The Sun reveals that Jinger distanced herself from Jill and Amy. She thinks Amy to be immature, and her relation with Jill does not need to handle negativity. She thinks that Amy created chaos and any unwanted nuisance. Therefore, Jinger separated herself from all the extra drama, as she already has enough in her plate.

At the same time, Jill is frustrated with the Duggar family’s rules and restrictions. They cannot take pills for birth control, can not live as per their choice, and have to do everything after their husbands’ permission. She openly slammed the Duggar family for not properly paying her and her husband. However, she maintains her bond with Amy. Reality TV life is often glamorous yet mysterious. Let us know below in the comments what do you think about Counting On.