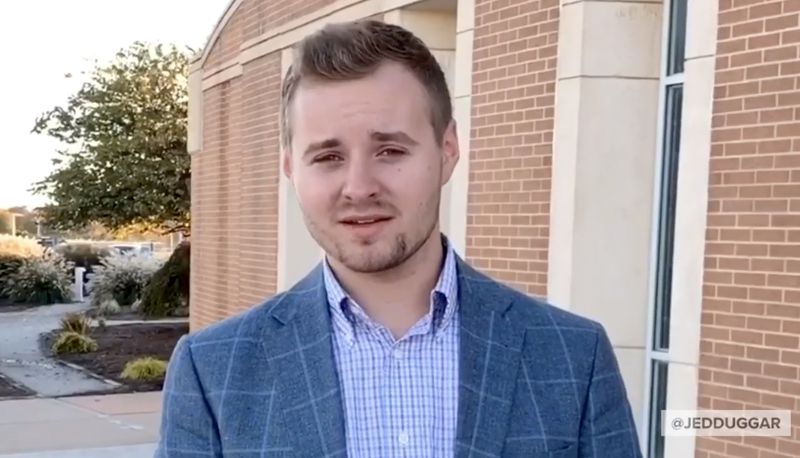 Counting On: Jedidiah Duggar Engaged To Katey Nakatsu! Couple Had Beautiful And Cozie Night In Igloo

Another marriage is on the cards in the Duggar family. Counting On star Jedidiah Duggar is soon to marry Katey Nakatsu. The family has kept the things under wraps. However, we managed to get all the updates on the marriage, which is just a couple of weeks away. The couple got engaged in the snow. They also shared the romantic mean in an igloo. Know below everything about Jedidah Duggar and Katey Nakatsu’s marriage.

Yes, you have heard it right. Jed Duggar has been engaged with the girl of his dreams, Katey. The proposal came just after a week of Justin’s wedding. Many of the fans speculate that the couple started eyeing each other before the Christmas engagement. Well, very little is known about the engagement ceremony.

However, we are certain that it’s been done. One of the fan pages, Without Crystal Balls, has confirmed the same. Although Counting On’s Duggar Family did not unwrap the news officially. What could have been the reason behind hiding the engagement? There are speculations that Duggars may be waiting for the announcement of another season before confirming the news.

Jed is the fifth son of Jim Bob and Michelle Duggar. He is also the twin brother of Jeremiah. The fans must have noticed older sister Jessa teasing Jed as, “paint one for your darling.” Was she talking about Katey? For quite a while, there were several hints about Jed dating someone. If you remember Halloween, the viewers saw one of the pumpkins with Katey’s name. Meanwhile, Jed Duggar and Katey Nakatsu’s wedding is speculated to happen on April 3, 2021. But it will be too soon for the family. They will have to invite the relatives through calls. Moreover, the arrangements will have to be done fast, as there are just a few days left.

The Counting On beautiful couple got engaged in the igloo. Jed and Katey had a beautiful night spent all in the snow. TVShowsace brought some leaked engagement photos of the couple. The Igloo is seen to be of crystal with two chairs and a decorated table inside it. Jed and Katey are smiling for the perfect photo.

Later, the couple cozied under a blanket and roasted marshmallows. However, the proposal was not made outside in the snow. It was inside, with decorated walls and candles all around. Katey also happily showed off her engagement ring with Jed by her side.

Why Did Duggar Family Kept Jed And Katey’s Relationship A Secret?

The Duggar family has certain rules and regulations to follow. The fans may not find them stepping out from any of that. Ever since the revelation of Jed and Katey’s engagement, there has been a question that why did the Duggar’s kept the relation as a secret. There are different theories.

The family might not have brought it up because they were not sure of the renewal of the show. Moreover, if looked back, the family didn’t even brought up Justin’s dating life before his marriage’s official announcement. Well, it might be some kind of Duggar family’s custom. They are not seen to talk about relationships and dating life. Let us wait for the marriage to happen soon.