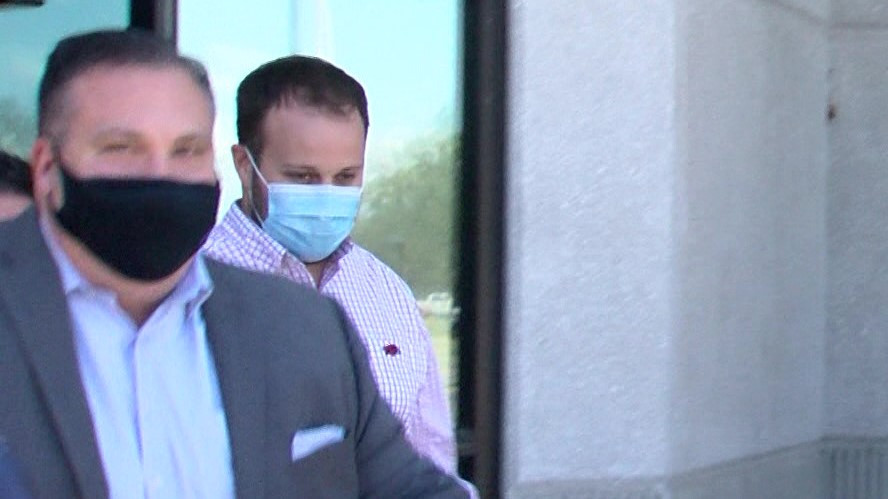 Counting On: Josh Duggar’s Child Abuse Case Victims Will Have Identities Hidden When Interviewed In The Court

Counting On former star Josh Duggar’s abysmal case is moving forward. As the next step, the lawyers will hold interviews with the child victims in the closed court. As reported, the names of the victims will be kept secret and any evidence will not be brought out in public. A Protective Order was filed on June 11. So let us look into the details below what this order says-

Josh Duggar was arrested in April this year for the possession of materials depicting child abuse. The former reality star is now awaiting his trial in home confinement which is about to start in July 2021. The Sun also reported a Protective Order concerning Child Victim and Witness Privacy to be filed on June 11. As per the Order, the court and the members of the court will avoid information that identifies or might help to identify the child victims.

All the parties present in the court, including Josh and his lawyers, will have to keep their mouths shut concerning any information regarding the victims. The court papers will be all sealed to avoid any leak. As per orders, nothing should be brought up in public knowledge by any of the lawyers. Moreover, everyone present in the courtroom will have to address the victims of Josh’s child abuse case as “Minor Victim 1” and so on.

Indeed, the Protection Order will keep the victims safe in all manner. All the details like written documents, electronic data, videos, and audios of Josh’s case come under “sensitive information.” Therefore, the same would not come out in public as well. Even when the case closes, the Defense team needs to submit all the sensitive information to the US Attorney or destroy it.

Counting On: Josh’s Attorneys Going By The Rules

Josh Duggar and his lawyers have no other option than to go by the rules. Even though the judgment has not been made yet, many believe Josh to be guilty. However, Josh pleaded not to be guilty to the charges brought up against him. To know what’s t he truth, fans need to wait for the trial to start. Josh’s attorney also agrees to be bound to Protective Order. Moreover, by agreeing to Protective Order, Josh and his team will not concede and reserve the right to contest.

As per the indictment, Josh Duggar willingly received the child abuse materials. Moreover, he also willingly chose to possess it. If convicted, Counting On former star could face up to 20 years in prison and a fine of up to $250K for each count. Josh is currently in home confinement in LaCount and Maria Reber’s house. Moreover, Josh’s every movement is captured by Arkansas officers through a GPS locator. He is not allowed to meet any minor except his own kids in Anna’s presence. Let us further wait for more updates on Josh Duggar’s case. Until then, stay tuned in this space.