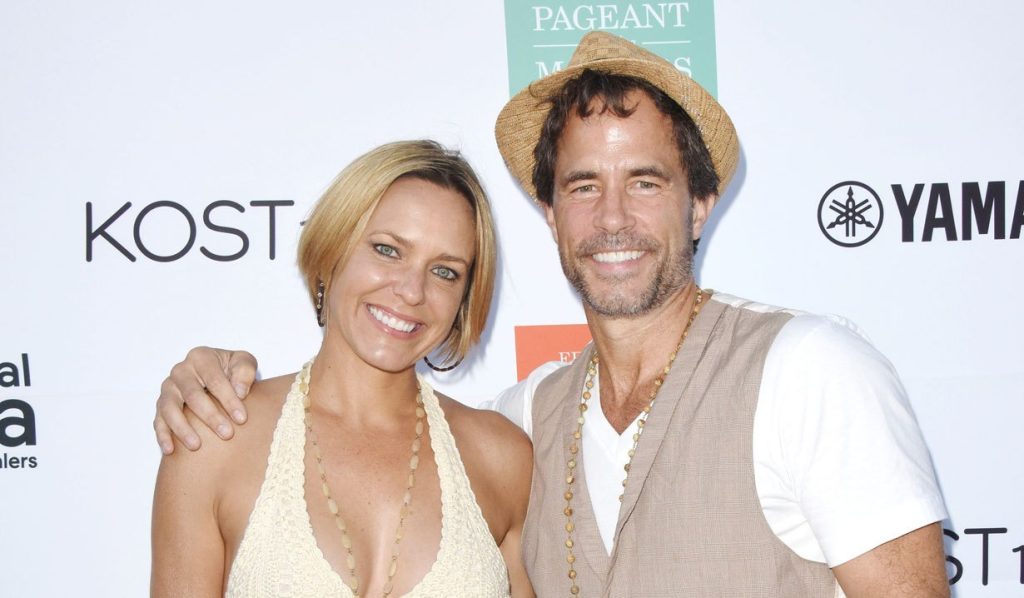 Congratulations are in order for Days of Our Lives star Arianne Zucker, who plays the character of Nicole Walker in the soap opera. The actress recently announced that she is now engaged to Days of Our Lives alum Shawn Christian. Fans are well aware that Shawn played the role of Daniel Jonas from 2008 to 2017 on Days of Our Lives. And Shawn and Arianne have been dating for several years. Now, he decided to put a ring on Zucker’s finger. It looks like this proposal took place on a boat cruise, and it was a surprise.

Arianne took onto her Instagram to post her engagement video. It was a compilation of their engagement pictures with text popping over that conveyed that Ariana had said yes. The actress captioned the video stating, “words can’t express how happy the day was.” She revealed that Christian popped up the question to her on father’s day, and she had no idea. Appreciating her now fiance, Walker said that Christian has an unbelievably beautiful heart, and he always knows how to make her happy.

Not just Arianne, Shawn also took onto his Instagram to post the video. He praised Arianne for being an incredible person. Shawn quoted that she brings out the best in him, and he is happy to start the next chapter of his life with her. He even revealed that pulling off this surprise wasn’t an easy task.

Arianne’s fans and co-stars immediately started congratulating her on this next step of her life. Sal Stowers, who plays the character of Lani, congratulated the couple. She expressed her happiness for them. Also, Tamara Braun

, who plays Ava Vitali, congratulated the gorgeous couple. It looks like her fans have poured a lot of love into this gorgeous couple. We at Tvseasonspoilers.com also send our best wishes to Arianne and Shawn.