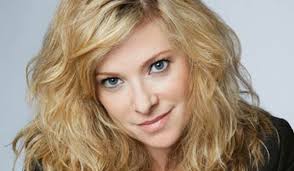 Days of Our Lives: Cady McClain Opens Up About A Heartbreaking Storyline On The Soap Opera

Days of Our Lives fans are still reeling from the shock of Abigail’s murder. It’s understandable how grief-stricken her passing must’ve left her entire family. The viewers have been witnessing how Jennifer (actress Cady McClain) has been holding the family together in their unfathomable pain. However, the recent episodes revealed that she has been indulging in self-medication to cope with her grief. Cady McClain opened up about that storyline. Here is what she had to say.

The talented actress from the much-acclaimed soap Days of Our Lives recently spoke to Soap Opera Digest about the heavy storyline. “This particular character has been carrying a lot of weight on her shoulders,” Cady shared. “She’s been trying to hold up the family. It would make perfect sense that she would turn to something to help her when she’s not really letting herself lean on anybody else.”

Cady McClain is a multiple Emmy-winning actress. She is well known for her phenomenal performances in shows like, As The World Turns, All My Children, Days Of Our Lives, and many more. Her talent needs no validation, yet, the actress feels that performing such scenes is not easy and has its own challenges.

Days Of Our Lives: The Irreparable Damage

“I’ve known people in my life who have lived this, and it’s awful,” the star confessed. “As an actor, I’m really grateful for the opportunity to try to create some reality around it. People have had children murdered… it really happens.” Cady asserted. “I’ve known that as well through people I have known in my life, and their grief is horrible. It’s huge.” (We agree, losing a child is an irreplaceable loss. The damage it leaves in the family’s lives is irreparable.)

“So trying to find a way to create something that’s a reality in the heightened reality of soap opera was a challenge.” The Days of Our Lives actress admitted. “It feels beautiful to me to be able to play the part for someone that I know who’s suffered and help them, when they see it, to know that they are seen. That’s really it.”

Going by the Days of Our Lives season previews, it’s evident we should fasten our seatbelts! The ride ahead is going to get dark and bumpy. Jeniffer’s grief is becoming so overwhelming that she will start spiraling downwards, which may even put her survival at risk. What do you think will happen next on the soap? Do you think Jennifer will pull through? Please share your views in the comments below!