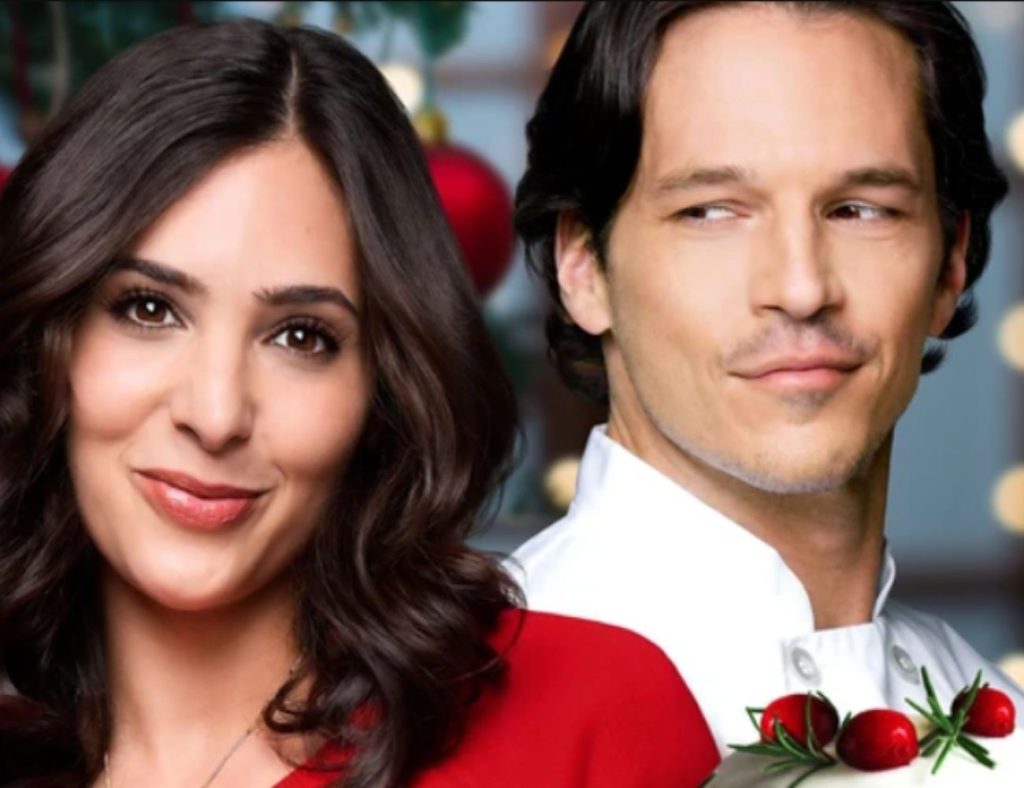 Days of Our Lives: Camila Banus Stars In A Movie, FIRST LEAD ROLE

We wouldn’t be wrong in saying that one of the best things about the holiday season is the feel good Christmas movies! Days of Our Lives stars, Camila Banus and Mark Hapka just had a reunion of sorts during the filming of one such Christmas movie. Interestingly, The Lifetime Christmas movie, titled, Sweet Navidad, has more soap connections than just the lead stars. While, DOOL actress, Camila and DOOL alum, Mark play the lead roles. it is directed by One Life To Live star Brittany Underwood and another OLTL star, David Fumero plays a supporting but important role.

In the festive flick, Sweet Navidad, actress Camila Banus plays a pastry chef, Carmen. She currently works at a local coffee shop. However, Carmen dreams of one day opening her own Puerto Rican-influenced bakery. Just like the one her family once owned on the island. David Fumero plays a hotel owner, Victor. Impressed by Carmen’s talents, he invites her to apply as a pastry chef for a holiday gala at his hotel. Due to her talents, she is swiftly hired for the position, despite the fact that she has no formal training as a pastry chef. At the hotel, she works alongside chef, Jx, played by Mark Hapka.

The Days of Our Lives actress’s Carmen functions according to her home-learnt skills. Of course they clash in a sharp contrast to Jax’s Pastry school acquired skills. Despite their initial clashes, sparks soon begin to fly. As the two work side by side to create the perfect menu for the hotel’s gala. It will be an interesting watch of opposites attract. The perfect setting for a comfortable and cozy holiday movie and feel good factor.

Camila Speaks About Her Role

While promoting the film on a Hallmark Happenings podcast, the Days of Our Lives star described the film as really wholesome, fun, Latino-inspired story. Camila believes the story will teach people about a lot of Puerto Rican and Latin Christmas traditions and cultures. Sprinkled with a wonderful friendship between Jax and Carmen. She feels it is a fantastic rom-com Christmas movie that has this wonderful Latino-based storyline. She also added that carmen was a far shot from her usual role of forever-scheming , Gabi on Days of Our Lives.

Camila thanked her pal, Brittany Underwood, for the role. Brittany read the script and immediately called Camila for the role, asking if it would be possible to do it. Thankfully, the Days of Our Lives actress was able to fit the movie in her schedule. They shot the film in Los Angeles during the spring of 2021. Camila feels there is so much of her in the script. She feels it was perfect for her first lead role in a films. “I’m really happy that it worked out.” she exuded.

We wish the talented actress all the best for her upcoming holiday movie. Sweet Navidad, premieres Thursday, Nov. 17, at 8 p.m. ET on Lifetime. Do tune in to watch the light-hearted rom-com. Meanwhile, stay tuned to Peacock to catch the fresh episodes of Days of Our Lives. Also, you can watch the trailer of Camila’s Christmas Movie below.