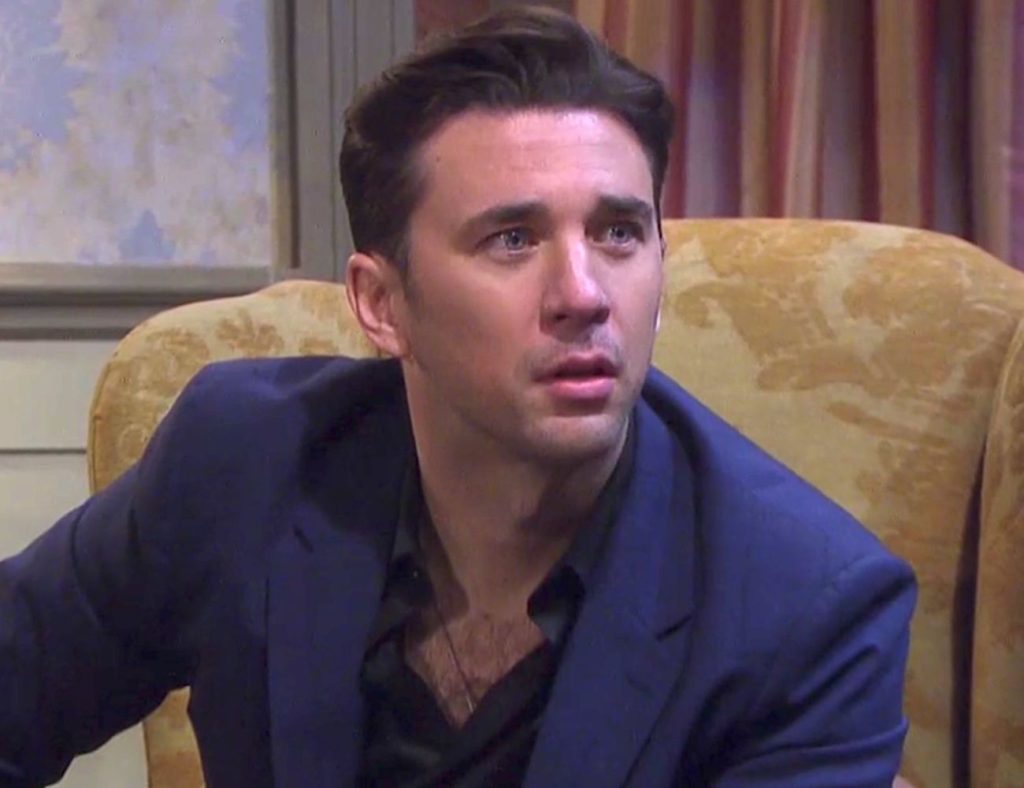 Days of Our Lives: Chad Is Ready To MOVE ON! New Power Couple In Town

It has only been a second since Alex and Stephanie got together on Days of Our Lives. In fact, they haven’t even reached the formal “i’ll be yours till my dying breath,” and trouble seems to already be approaching. If the previous episode was anything to go by, we are sure that Chad is starting to let his feelings for Stephanie take over him. In fact, spoilers suggest that Chad will soon be putting the topic for discussion on the table with best pal, Sonny. Is this a hint at Chad’s time to move on from Abby? Is he ready to dip his toes in the dating pool again? Let’s find out!

Chad and Abby, or CHABBY, had that epic sort of love going for them on Days of Our Lives. Epic to the extent that fans still have a hard time that CHABBY is over. And Chad can’t sulk in the dumps forever, the man will eventually have to give himself and his life a second chance. But can he do that? Can Chad ever find the same sort of love again? Will CHABBY fans ever accept Chad with another? Actor Billy Flynn (Chad) has something to say about that.

In a chat with Soaps.com, Billy admitted that in life, you are lucky to find one true love. Chad found it with Abby on Days of Our Lives. And, now that she is gone, neither Billy nor Chad has any “grandiose expectations” that it will happen the same way with another woman. Billy confessed that “I don’t know if I’ll ever be a part of Chad and Abby again.” And he believes that it would be hard to get past what CHABBY had. Not just for Chad but for the fans too.

Billy correctly pointed out that soap fans are very loyal to the couples they love. In fact, he is sure that there are more CHABBY fans

out there than there are Chad fans. While he admitted that it would be hard but he will have to move on and see what happens next. Because this is not the end for him or the character. These days Chad is getting to know Stephanie, in fact, he is even feeling jealous of her closeness with Alex. Billy believes that Abigail Kline as Stephanie is “amazing” and that he has great chemistry with her.

Oh well, even if it isn’t happening right now, doesn’t mean it will never happen. The play field is wide open and the possibilities for Chad and Stephanie are endless! So let’s see which ways the makers of the soap decide to take it. Would you like to see Chad and Stephanie as the new power couple? Please share your views in the comments. Meanwhile, stay tuned to Peacock to catch the next episode of Days of Our Lives.