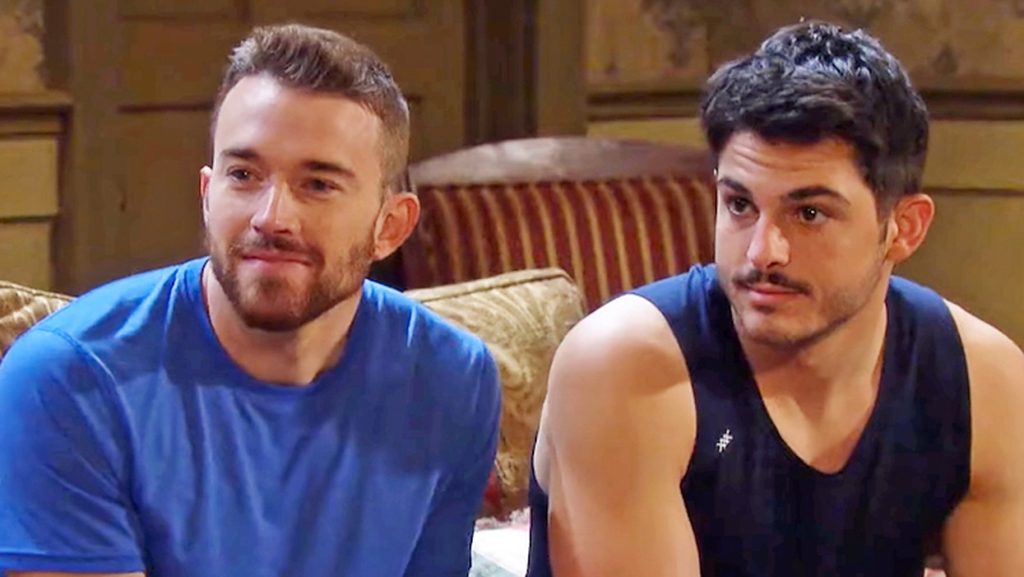 Days of Our Lives Comings And Goings: Will And Sonny OUT AGAIN

And they are out again. Days of Our Lives comings and goings reveal that actors Chandler Massey and Zach Tinker are out of Salem once again. The actors play the character of Will Horton and Sonny Kiriakis on the soap opera, respectively. They very recently came back to town. However, they are leaving again.

Regular Days of Our Lives viewers would know that in recent episodes, Sonny was stabbed by someone, and he landed in the hospital. The good thing was he survived. As for Will, he rushed from Hollywood to be by Sonny’s side. While Sonny left soon after Will was a little stable, the latest spoilers reveal that both of them are going away.

While some fans of the actors and characters are very sad about this, a few fans said that they knew this was going to happen soon. Now that Days of Our Lives has moved to Peacock, there have been many casting shakeups lately. So, we will have to wait to see if this happens or not. Up until now, Sonny and Will

weren’t really involved in any serious storylines anyway. So, for them to leave now wouldn’t impact them a lot on the storyline.

With that said, this is a soap opera, and actors come and go very often. So, even if they are not on the soap right now, that doesn’t mean that they would never be on it. It is very much possible that the two of them might find their way back to Salem soon. It will be interesting to see how that happens. Days of Our Lives airs on Peacock+ all weekdays. So, make sure you tune in. Would you miss Zach and Chandler on the soap? Tell us in the comments below.