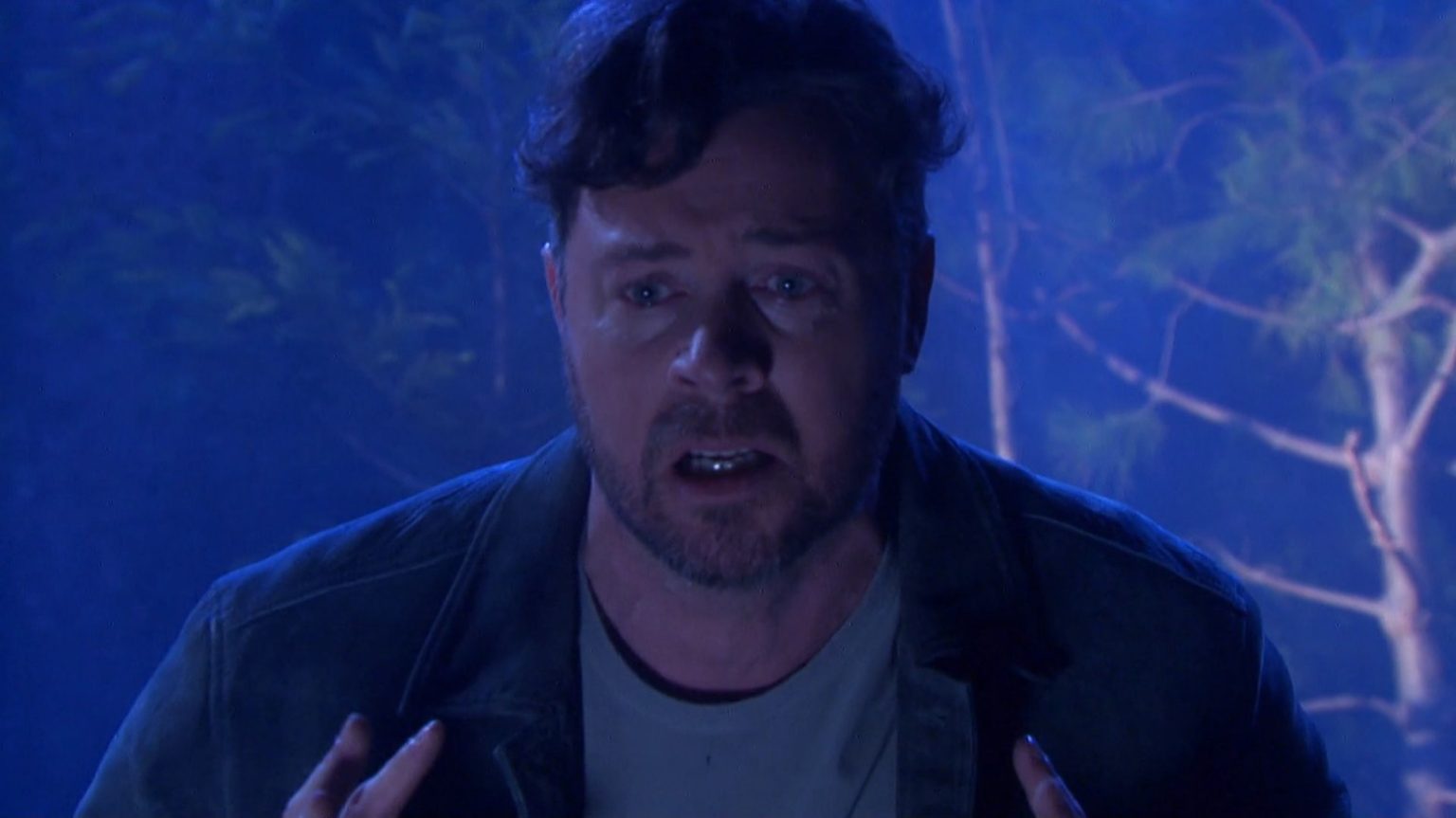 Days of Our Lives: EJ Is Devastated, LOSES Everything Post Crash

Days of Our Lives spoilers tease that EJ will be devastated once he witnesses his mother’s car drive off the cliff and burn down in flames once it explodes. Once the fire extinguishers tell him about Susan’s death, he will be grief-stricken as his whole life will turn upside down. EJ will also blame himself for what happened to his beloved mother. Let’s discuss what will a guilt-ridden EJ will do now after losing the most important person in his life.

Previously, we saw how Ava got crazy thoughts, thanks to Charlie’s ghost that keeps coming to her. Days of Our Lives then showed how Ava ordered Xander to kill Susan when EJ was not ready to give her the ransom amount. However, things took a turn for the worse when EJ accepted to give her the m oney and came to meet her. EJ was expecting to get his mother back in exchange for the money. Instead, he received the news that Susan is dead

! The shocking update completely turned EJ’s life upside down. However, Susan wasn’t dead as she suddenly appeared in front of him.

Looks like Xander was shocked to receive such orders and was certain that under no circumstance is he going to harm anyone. So, Xander freed Susan without even telling Ava about it. Back with EJ, he decided to hurt Ava, but at the right time, Susan somehow managed to come and stop EJ from doing it. Seeing Susan alive, Ava again got the upper hand when she shoved her off in her back seat at gunpoint. She drove the car as fast as she could since Rafe and EJ were chasing her.

Once Ava got Charlie’s vision again, she decide to finish this issue once and for all. So, Ava drove the car off the cliff, and the moment the car hit the ground, it exploded and burned down completely. EJ witnessed

the whole thing and was completely taken aback by what he saw. What will happen to Ava and Susan? Are they really dead? Let’s discuss what happens next.

Days Of Our Lives Spoilers: Susan Dies, EJ Loses Everything In Life

Fans probably know that EJ is a very hot-headed person. Apart from his business, he is not at all concerned about any other things. Fans might remember how Johnny also got pissed when he realized that EJ’s first priority was his business. However, there is also the side of EJ, who is really attached to his mother. Days Of Our Lives spoilers tease that once EJ witness Susan’s car explosion, his world will turn upside down.

EJ also thought of driving off the cliff, but Rafe saved him in the end moment. Well, that wasn’t enough for EJ, who now suggested that his mother might still be alive and that they need to climb down the cliff and see where she is. However, when the rescue workers arrived and saw the area, they informed EJ that no one could ever survive a car explosion like that. This information completely put off EJ, and he immediately went to the house and informed Stefan about it. EJ felt like he has lost everything in life and also blamed himself for that.

If he had given the ransom amount much earlier, his mother would have survived. Once he starts blaming himself, EJ will definitely become an emotional wreck and will struggle to face reality. We will have to wait to see how EJ will come to terms with the situation. Days Of Our Lives streams exclusively on the Peacock+ app. For more updates and spoilers, visit our website, TV Season & Spoilers.