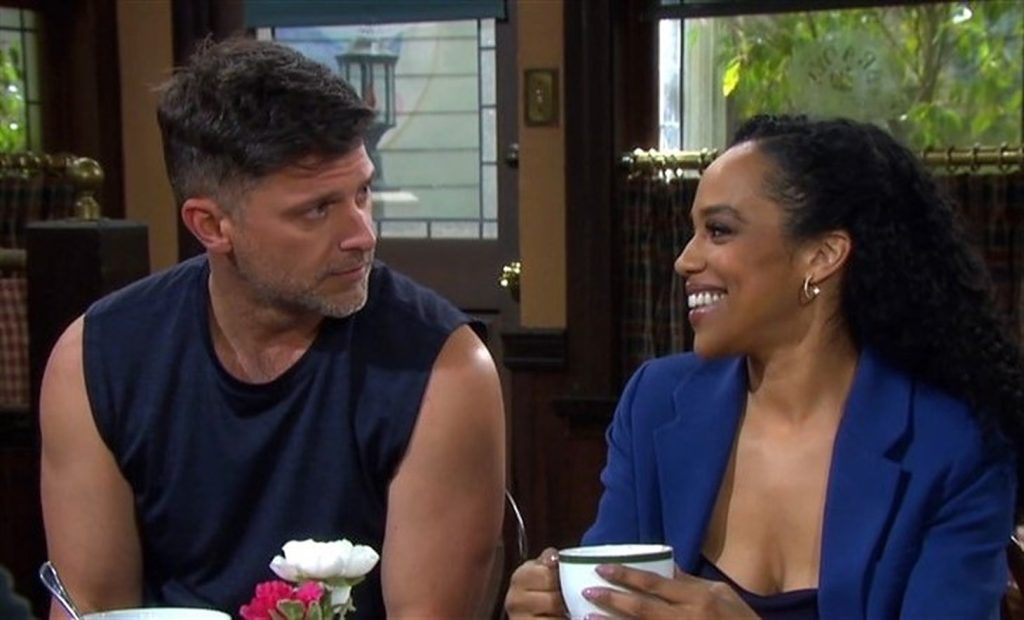 Days of Our Lives: Jada Is PREGNANT! Eric The Father?

Eric has had his fair share of ups and downs on Days of Our lives. The man of God has found some stability with his cop girlfriend, Jada. Although ex-flame Nicole still has lingering feelings from their past for Eric. The latest spoilers making round on social media suggest that Jada is pregnant and Eric is the baby daddy. How would the freshly ousted priest react to this information? Does that mean Nicole’s hopes for Eric are nipped in the bud?

Latest Days of Our Lives sneak peeks suggest that Jada feels unwell and is then rushed to the hospital. Her boss informs Eric of his girlfriend’s health crisis. Of course, Eric loses no time before making his way to the hospital as soon as possible to be by Jada’s side. The DOOL spoilers further suggest that this is where news will come out that she is in fact pregnant.

Eric may have given in to his momentary passions with Nicole, but he really does love Jada. And there is no doubt about the fact that he would so dearly want to be a daddy. Remember how much he fawns over Nicole’s daughter Holly! So, if Jada does get pregnant and Eric is the father of the baby, their relationship will be solidified. Well, at least as solid as it can be on soaps!

Days of Our Lives: Eric Is The Baby Daddy, And Nicole Loses Her Chance

Recently, Nicole opened up to her husband, Rafe, that she does have feeling for Eric. And after the kiss she and Eric shared, she may have started to hope to reunite with her former lover. However, if Eric gets to be a dad with Jada’s baby, he may not want to sabotage his relationship with Jada by letting Nicole anywhere near him.

On the other hand, speculations are rife, that in the future, Jada might lose her baby and that could lead to a whole new love triangle between Jada, Eric and Nicole. Because, if it’s just the chance of being a daddy that’s keeping Eric with Jada, then losing the pregnancy may lead to Eric wanting to give Nicole another chance. Some fans are speculating that if Jada gets wind of Nicole and Eric’s possible interest in each other, she may even fake a pregnancy to keep Eric in her life. Would Jada do something like this? Only time will tell. Days of Our Lives airs on NBC all weekdays. Don’t miss the action.