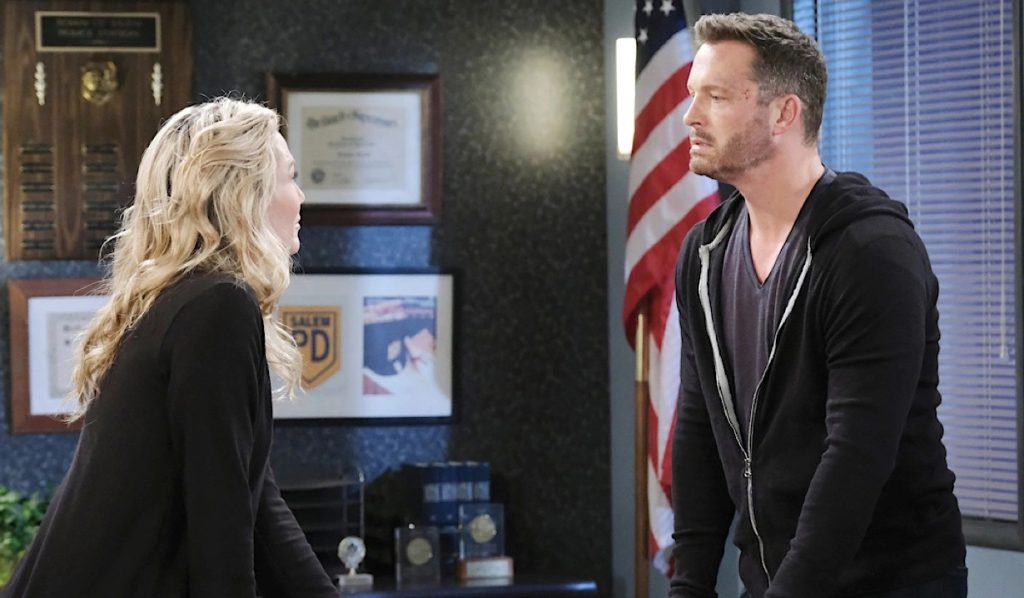 Days Of Our Lives Preview For Week Of October 10, 2022: Roman & Kate Get Engaged, Brady Strikes A Deal

Chanel will learn about her past mistakes haunting her. Further, after that, Roman will propose to Kate despite her dying condition. Brady will be furious at Kristen for not helping. Ultimately, he will strike a deal with her to obtain the cure that will save Kate, Kayla, and Marlena.

Love Is In The Air

Days of Our Lives preview video reveals Gabi will put her hand on Stefan’s heart and feel it beating very fast. They wanted to remember their deep love for each other, but Stefan insisted on his divorce decision. Meanwhile, Wendy Shin will arrive in Salem and fight with Johnny during their intense introductions.

Days Of Our Lives Preview: Roman Proposes To Kate

Unfortunately, Chanel would not be happy for a long time, she is bound to receive some bad news in the upcoming episodes. Days of Our Lives spoilers suggest Paulina will call Chanel after Sloan blackmails her for an incriminating file from a client. Chanel will be in tears

because of a stupid mistake she made in college.

In another part of town, Roman will get down on one knee and propose to Kate Roberts. Unfortunately, Kate will continue to be unwell because of the toxins Orpheus had given them during the hostage fiasco. Eric and Rex will smile to see the couple, but the ex hostages situation will continue to get worse over time.

Previously, we saw Kristen has the solution to the problem at hand. Kristen was able to secure a rare orchid flower from Dr. Rolf. Turns out that the rare orchid can be used to make the cure for the toxin that has plagued the life of Kate, Kayla, and Marlena. The Days of Our Lives spoilers suggest that Brady will make a shocking deal to obtain the cure.

Brady was angry to see Kristen watching Marlena die in front of her. However, Brady knows what makes Kristen tick and will not be surprised when he is forced into a bargain. What Kristen truly wants is to be reunited with her family – Brady, and Rachel, she might want a steamy night with Brady as well. Days of Our Lives airs on weekdays on NBC and Peacock, Stay tuned with TV Season & Spoilers for the latest news and updates.