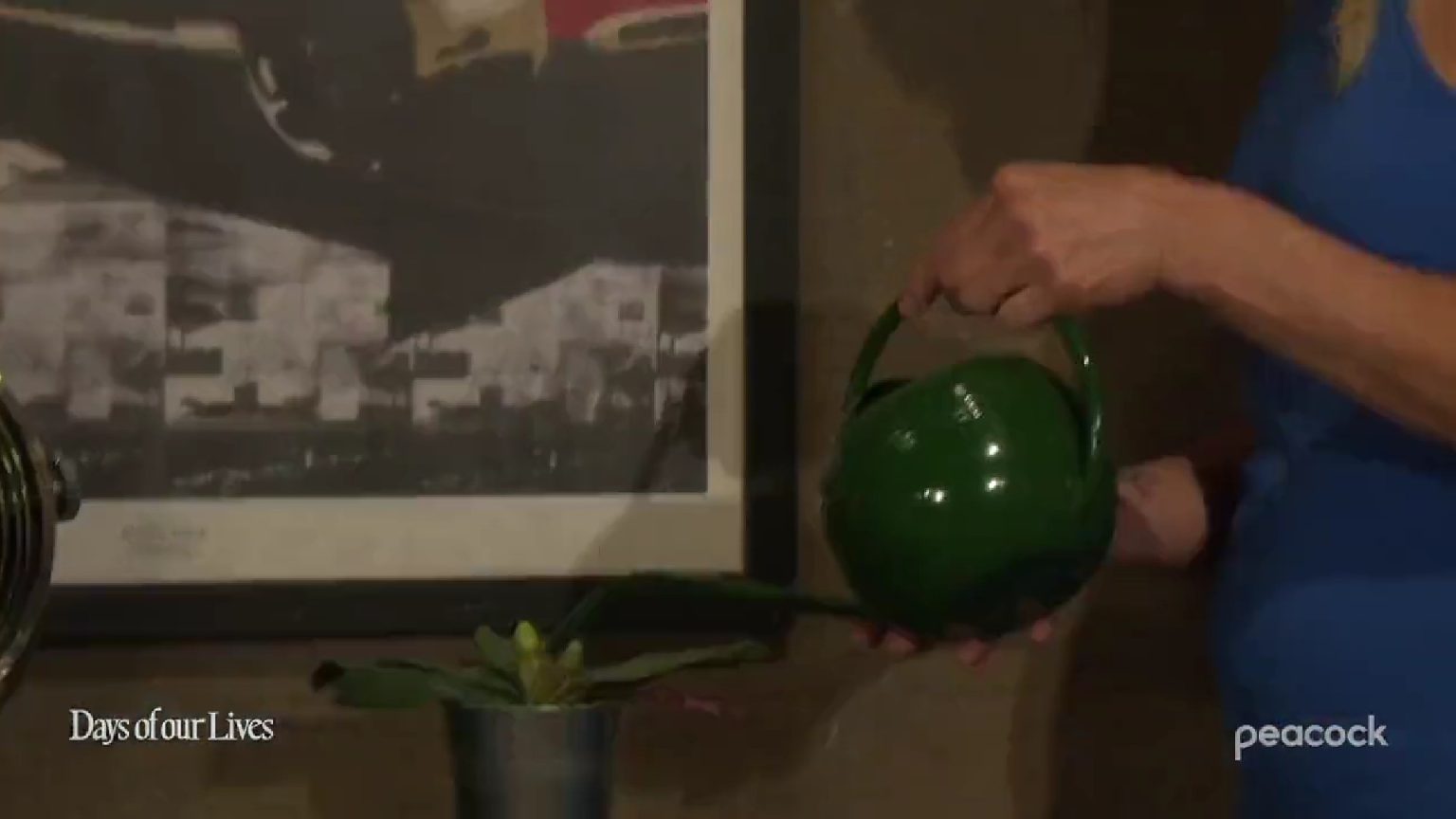 Days of Our Lives preview video for the week of October 3-7, 2022, tease that Mike will lash out at Nancy. So, he will push her to the breaking point. Over with Kristen, she will take the rare orchid from Rolf and will use it in her deal with Marlena. Elsewhere, Chad and Stephanie will share a kiss as they both open up to each other. Let’s read further and see what DOOL has in store for the viewers.

Mike Lashes Out At Nancy

The preview video for the week of October 3-7, 2022, starts with Nancy getting surprised to find Mike in town. But soon, she will realize that it is just her who is happy. Mike will look at her with a straight face full of anger. The spoilers show that Mike will put Nancy on blast when he finds she got engaged with Abigail’s killer. Nancy will be on the verge of breakdown as she tries to hold her tears.

However, Mike will comfort her once Nancy narrates her disastrous engagement. Later, she will also fill in for Mike with Craig’s coming out as gay. As Mike realizes he mistook Nancy, he will be sorry for her and also like her company. Since Mike cannot stay for longer in Salem, he will give his phone number to Nancy and wonder if they can meet in New York.

Elsewhere, Chad and Stephanie will have a chat. Chad will tell her how Abigail wanted him to move on. The Days of Our Lives preview clips show Chad and Stephanie sharing a kiss and Alex witnessing it. But it quite seems early for Chad to take the step. Yes! Chad does want to move on, but that doesn’t mean he will move on this quickly. It will take time for him to progress with his feelings for someone. So, this kiss will just be a fantasy. While with Alex, he will see those two together and grow jealous. Hints are there that Stephanie might come closer to Alex in the upcoming episodes. We have to wait to see how the storyline builds for these two.

The other half of the Days of Our Lives preview clip shows everyone distressed, Abe blames Orpheus for something. Of course, it will be related to the health crisis of his former hostages. Over with Rex, he will discover a shocking link between the rare toxin. Turns out that this same poison was given to Roman back in 1997. The cure for this poison is taken from distilled pollens of a rare orchid. When Rex tries to track it down

, he learns that the pollen has gone extinct. What will they now do? Everyone will fear for these women and wonder if they are going to die.

Over with Kristen, she will somehow manage to take the Orchid from Rolf. She knows how much Rachel is connected to her grandmother. So, she won’t risk it by killing her off. Kristen knows the power and influence Marlena holds, so she wants to make a deal with her. Looks like Rachel will want Marlena to convince Brady to share custody or even reunite with her.

Whatever the case in Days of Our Lives preview clips, Kristen is saying good luck to Marlena. So, this means Marlena has either agreed or disagreed with Kristen’s deal. Whatever the case, the ball is in Marlena’s court. So, we will have to wait to see what will Marlena decides. What is your opinion on this? Will Marlena agree to Kristen’s deal and put her family in trouble? Watch the preview video and comment your thoughts below. Days Of Our Lives airs every weekday on Peacock+ in the US and on The W Network in Canada. For more updates and spoilers, visit our website, TV Season & Spoilers.