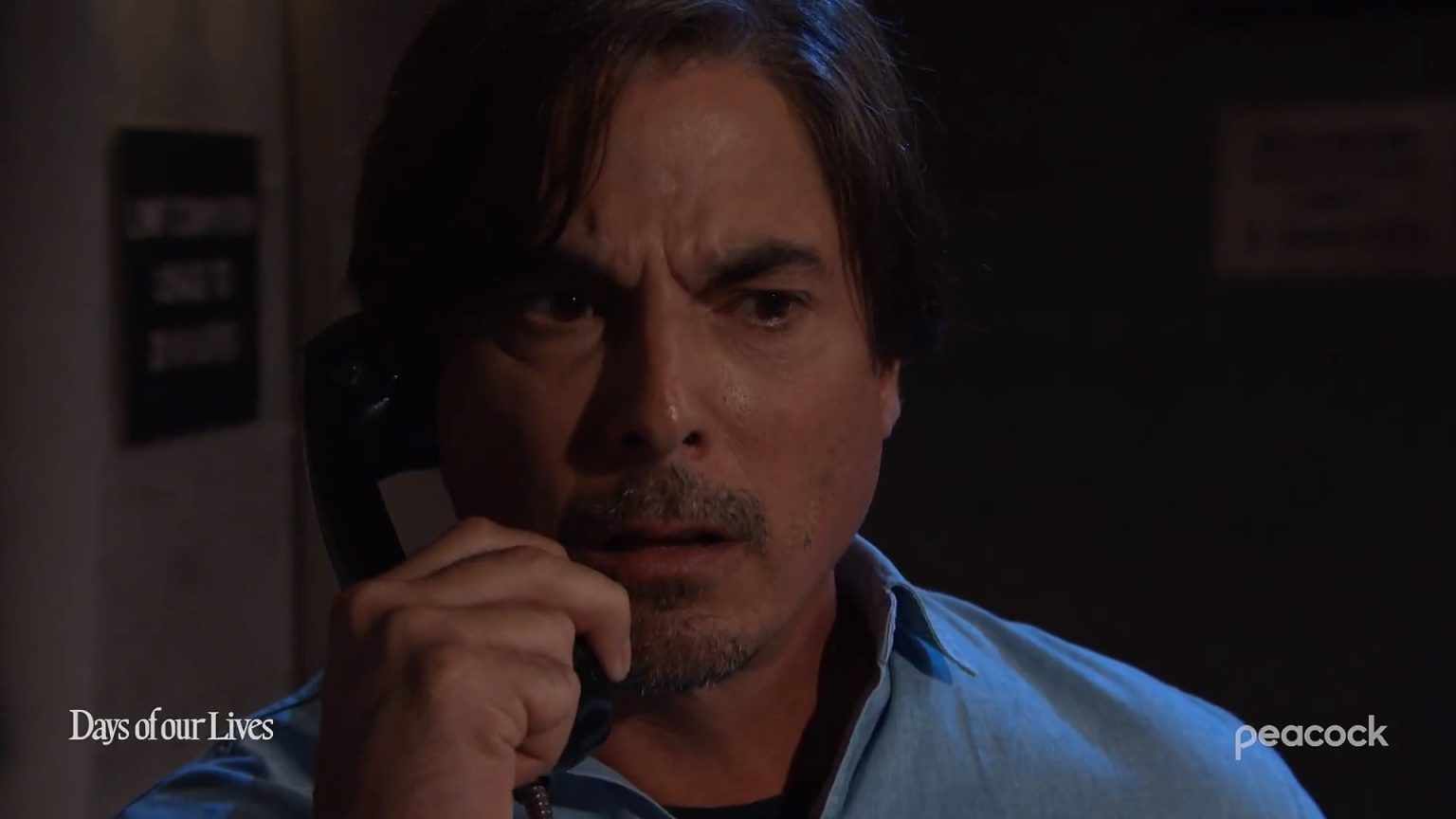 Days Of Our Lives Preview Video For The Week Of January 9-13, 2023: Lucas Gets Devastating News, Marlena’s Emotional Outburst

Days of Our Lives preview video for the week of January 9-13, 2023, reveals that Lucas will get devastating news this week. Rex will inform about Kate’s demise, which will shatter him into pieces. While Lucas is struggling with the news, Roman will become an emotional wreck after Kate dies. Steve will also ask Kayla to fight as hard as she can so that she can meet her daughter. However, Alex will switch off Stephanie’s phone. Keep reading to know what will happen after that.

The preview video starts off with showing Rex giving devastating news to Lucas. Days of Our Lives spoilers show Rex will inform Lucas about Kate’s demise. Once he receives the heartbreaking news, Lucas will shatter into pieces and will struggle to come to terms with his mother’s death. However, that will only leave him fuming in rage over his cellmate.

Looks like Orpheus will be Lucas’ cellmate in Statesville. So, he will attack Orpheus for killing his mother. He will physically attack Orpheus and will demand answers for why he did that. As usual, Orpheus won’t have any concerns and will just enjoy listening to the havoc going on in town. In the meantime, Roman will sit beside dead Kate’s bed and will give her a last hug. He won’t know what he will do without her in life.

At the hospital, Steve will beg Kayla to hang on and will hope that their daughter will be on time. Little will he know that Alex is distracting her from her phone. He will switch off the phone and keep Stephanie away from it while Chad will be continuously calling her. Days of Our Lives spoilers tease that Chad will finally find Stephanie and inform her about her mother. Although she will rush to the hospital, but her mother will be gone by then.

She will be completely devastated and heartbroken that she wasn’t able to spend the last moment with her. Spoilers say Stephanie will later get updates about Alex switching off the phone, which will again be a shocker. Will she decide to end her relationship with Alex after that? Whatever the case, Stephanie will lean on Chad in the aftermath.

Finally, Allie and Will Horton will hug each other as they struggle to come to terms with Grandma Kate’s death. Marlena will go into panic mode after she feels that she will also die soon. John will be there with her to support her. While tragedy is striking the town right now, the spoilers say there will be light at the end of the tunnel soon. There will be a huge twist that will bring all three back to life soon. Comment down your thoughts on what it could be. Do not forget to watch the preview, Days Of Our Lives airs every weekday exclusively on Peacock streaming app! For more updates and spoilers, visit our website, TV Season & Spoilers.