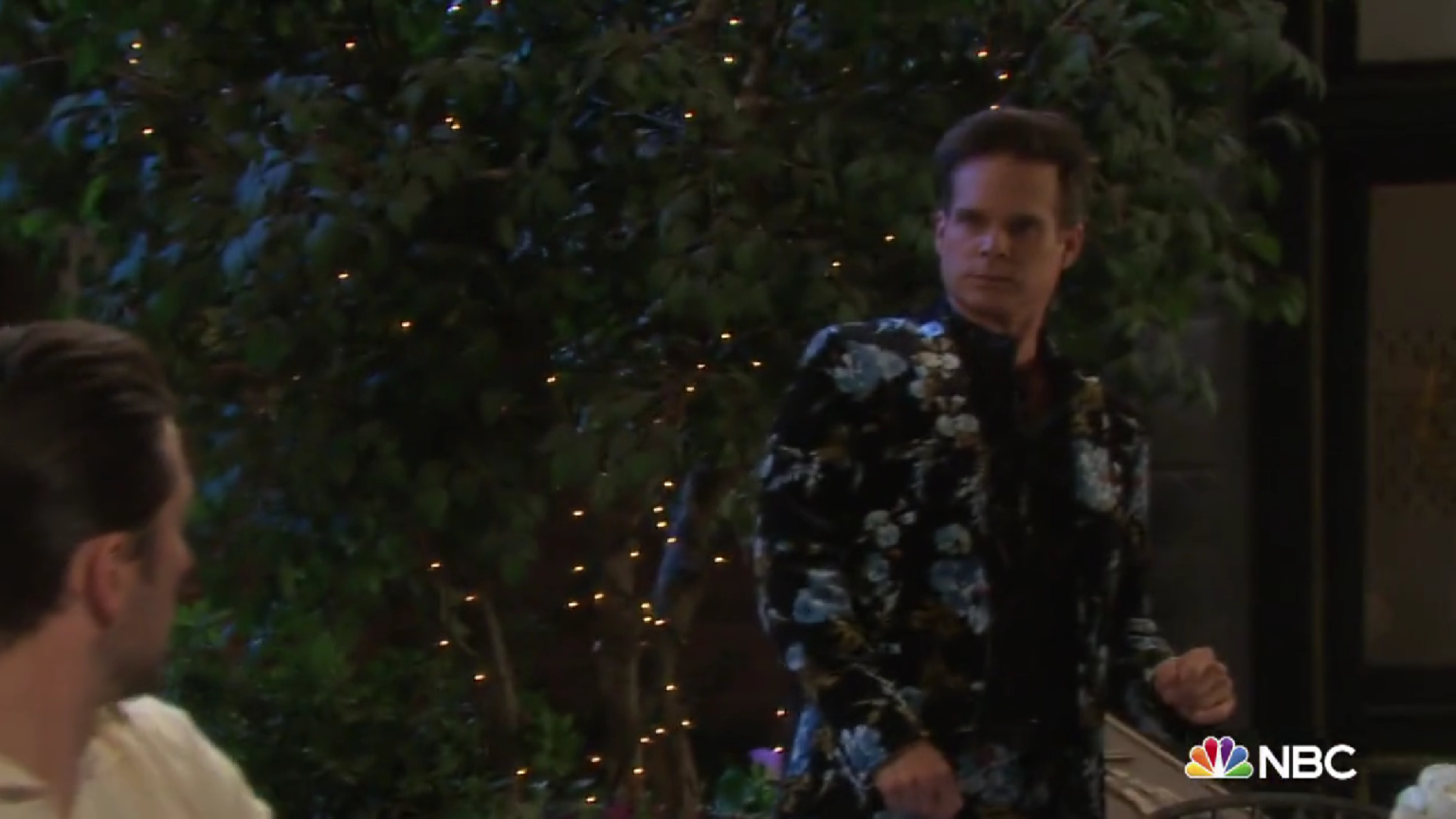 Days Of Our Lives preview video spoilers for the week of August 8-12, 2022, reveal that Thomas will point his finger at the tooth fairy. It will turn out that Leo was the one who Thomas spotted. Meanwhile, Chad will grab hold of Leo, who was trying to escape. On the other end, Sarah and Xander will finally connect the dots. They will realize that Gwen might be the killer of Abigail. In the meantime, Xander will devise a plan to dig out more evidence. For more spoilers, continue reading the entire article.

The preview clip starts with an excited Thomas pointing at someone. He is seen saying, “there he is”. The spoilers show that Chad will immediately look back and find a rather shocked Leo. It will show that all this while Thomas was calling Leo the tooth fairy

However, the tooth fairy will be the same person Thomas spotted in the basement right before Abigail’s murder. Chad will immediately get hold of Leo, who was trying to escape. The preview shows Chad asking Leo, “my son met you in the basement, the day my wife was murdered”. Meanwhile, Leo will stand still, not answering Chad. Does this mean Leo is the murderer of Abigail? Will know this next week when more episodes get aired.

Days Of Our Lives Spoilers: Xander Undercover’s As Priest

”. In response, Xander will say that they need to prove whether Gwen left Statesville that night. For that, Xander will come up with a plan to find out more about Gwen’s escape.

Later, it is shown in the clips that Xander will go undercover as a priest. He will approach the warden to dig out information regarding Gwen. He will paster a smile and wear black colored priest’s clothes. Later, he will find that Ava was the one who opened the gates for Gwen. However, DOOL spoilers hint that it will be very difficult for Sarah and Xander to move further. They will need Ava’s cooperation in proving the dirt on Gwen. It could be a tough and risky one.

What do you all think should Sarah and Xander do? If they somehow come to know about Ava’s fake marriage, will it become easy for them? Watch the preview video before commenting down below. Watch Days Of Our Lives which airs every Weekdays on NBC. For more information on spoilers, visit our website, TV Season & Spoilers.