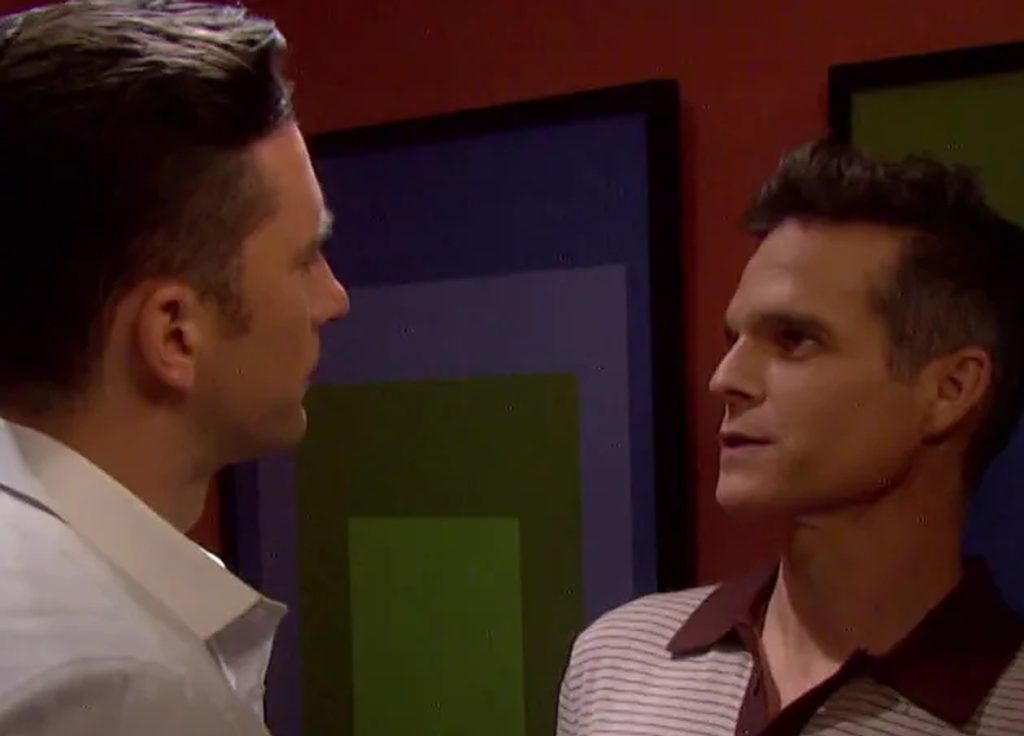 Days Of Our Lives Recap For August 17, 2022: Sloan Is Leo’s Lawyer, Chad And Jada Make A Discovery

Days of Our Lives recap for August 17, 2022, reveals the story of Alex and his many love interests. Sonny arrived and saw Alex and Sloan talking. He was a little surprised to see them together but didn’t think of it much, at least in the start. However, things changed later on. Furthermore, Alex told Sonny about Leo’s police situation. Sonny did not believe Leo killed Abigail.

At the PD, Leo demanded to see his lawyer. His lawyer, Sloan, arrived and freed him, telling the police they had no evidence against him. Meanwhile, Chad and Jada discovered Leo’s fingerprints on the silverware in the DiMera mansion’s secret tunnels. In the meantime, Orpheus sent flowers to Kayla as an apology. Kayla made Steve promise he won’t kill Orpheus. Was Steve planning something of this sort? Here is all about it.

Alex And Sonny Have A Chat

In this Days of Our Lives episode, Alex spent a steamy night with Sloan. After his evening with Gabi, Sonny learned that Alex met Sloan at the bar. Sloan was upset to hear him discuss another woman, but Alex tried to cover up. She left the room, and Sonny warned Alex about using women. Alex believed that the woman he was with did not mind his callousness.

After, Alex mentioned he had heard about Leo’s situation. Sonny was worried that it was his fault if Leo had killed Abigail. However, Sonny did not believe Leo was the killer. Meanwhile, Sonny heard about a great business deal but decided to let it go. Alex insisted that he was trying to help him.

At the Salem Police Department, Leo insisted he was innocent and rejected the allegations of a child. Shawn tried to get Leo to confess

, but Leo demanded a lawyer and would not say a word before that. Turns out Leo’s lawyer was Sloan, Alex’s partner. Sloan mentioned to the cops they had no evidence against Leo and should be allowed to go.

Further, in this Days of Our Lives episode, Jack arrives at Gwen’s room to discuss the situation with Leo. Gwen was surprised to hear Leo was accused of killing Abigail. She insisted she knew nothing about this; however, her flashbacks told a different story.

At the DiMera premises, Chad took Jada to the secret room. They recovered the silverware Leo left behind. Chad guessed Gwen must have told Leo about the secret locations so he could be at her hotel room. He was furious and squeezed a glass to the point of breaking it and hurting his hand.

Meanwhile, Orpheus sent Kayla a bouquet and a card, apologizing for his past mistakes. Steve was furious and wanted to kill Orpheus after that. Kayla made him promise that he would not hurt Orpheus, at least not at the moment. Later, Kayla and Steve got an alert from the security system at the hospital. Steve rushed home with his gun and found Stephanie. She raised her hands and requested her dad not to shoot. Days of Our Lives airs weekdays on NBC. Stay tuned with TV Season & Spoilers for the latest news and updates.