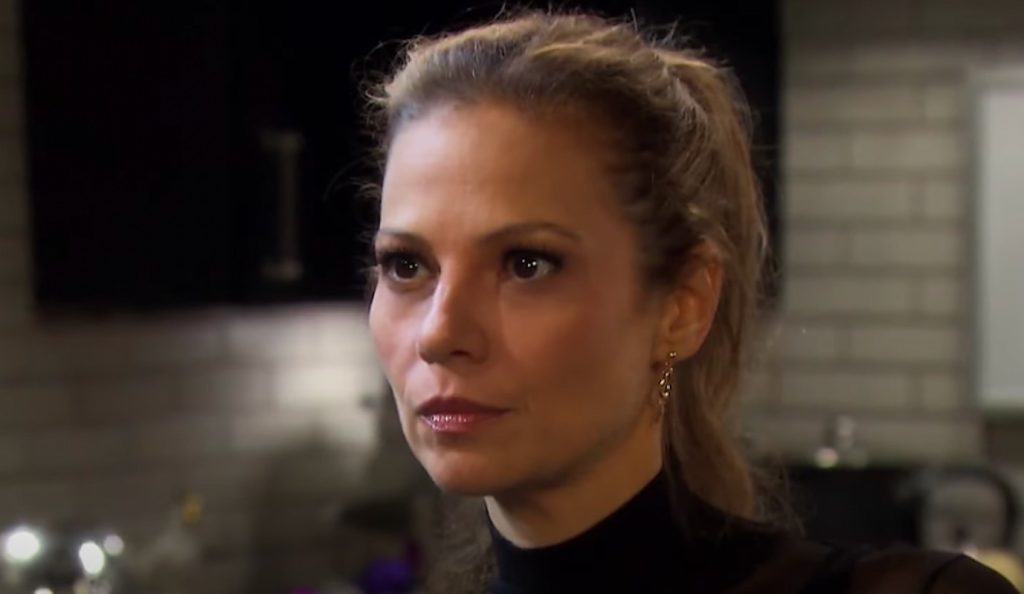 Days of Our Lives recap for August 24, 2022, revealed the aftermath of Stefan’s escape from the lab. He arrived at the DiMera mansion to meet Gabi. Ava opened the door and thought he was Jake. She fainted in shock. Li arrived and sedated Stefan, dragging him back to Dr. Rolf’s lab. Gabi felt bad for Ava, but she was sure it was fantasy. EJ felt bad for Ava and offered to restart their relationship. Li pretended to be the guy at the door. Meanwhile, Orpheus arrived at the townhouse with a gun. Kayla tried to stop him, but his men took Marlena and Kayla hostage.

Ava Sees Jake At The Door

In this episode of Days of Our Lives, we saw Li receive updates from Dr. Rolf. He was upset with the doctor for letting Stefan leave. Dr. Rolf suggested Stefan might have left for the DiMera mansion as he wanted to be with Gabi. Speaking of Gabi, she was with Ava, arguing with each other. The doorbell rang a few times, and Ava decided to answer it.

Ava received the shock of her life when she saw Jake at the door. She touched his face and was surprised to see him alive. Of course, overwhelmed with what was in front of her eyes, she fainted. In the meantime, Li arrived and sedated Stefan. He dragged him out of everyone’s sight. Dr. Rolf took Stefan to the lab. Li pretended to be here to meet Gabi. Later, Ava woke up on the sofa and told everyone she saw Jake. Li insisted it was him and not Jake at the door.

Meanwhile, at the pub with Abe Carver, EJ urged him to run for governor. They discussed Ava’s being troublesome as well. Ave mentioned her unstable past and worried if her past self was resurfacing. EJ arrived at the DiMera mansion and heard about Ava’s supposed encounter with Jake. Ava had admitted to seeing him in the past, but those were not real.

EJ was concerned this was post-traumatic stress. He comforted Ava and asked her if they could start their relationship over. She shook hands with him and accepted his offer. Later, when EJ was alone, he talked to Stefano’s picture and discussed Ava’s unstable behavior.

In this Days of Our Lives episode, Gabi felt bad for Ava at Li’s hotel room. She had been through a similar loss after Stefan’s death

. Gabi knew what Ava saw was unreal, and Stefan was dead. Meanwhile, Orpheus arrived at the townhouse with a gun. He knew Steve’s plan to kill him because of a listening machine.

Marlena and Kayla tried to stop Orpheus from making a mistake. Kayla smashed a huge vase on his head to gain control of the situation. A few thugs from Orpheus’ team were at the door, taking Kayla and Marlena hostage. Days of Our Lives airs weekdays on NBC. Catch the latest news and spoilers from the show on TV Season & Spoilers.