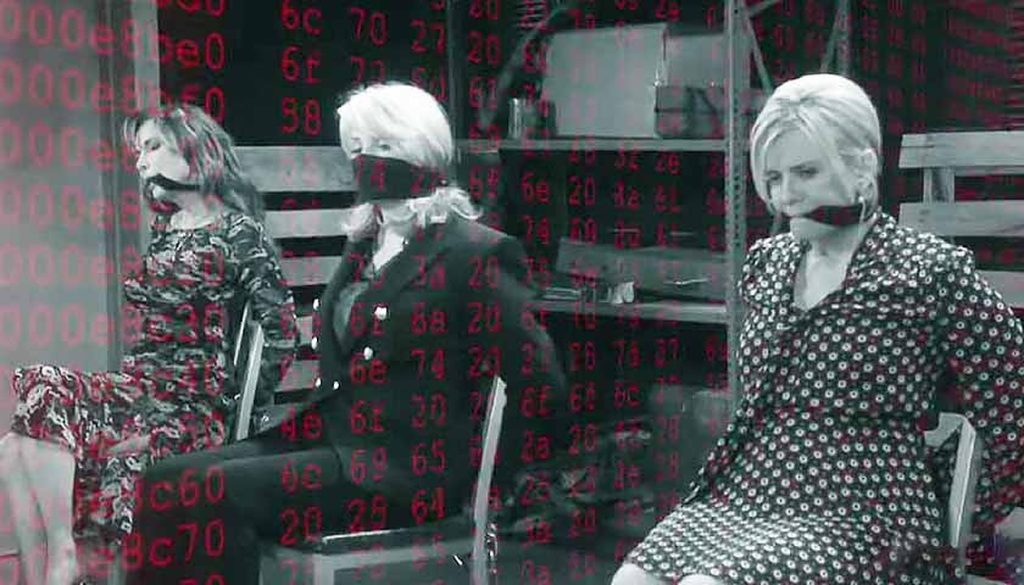 Days of Our Lives recap for August 29, 2022, revealed the story of Alex and Stephanie. Allie, Chanel, and Sonny warn Alex against pursuing Stephanie. However, Alex was not ready to listen to them. He was sure he would be able to get her on his side. Stephanie was not interested in Alex as he was not her type. However, after Sonny insists, she joins Titan as a PR representative.

Meanwhile, Kayla and Marlena are tied and wonder if the docks are held in a warehouse. Orpheus arrived just when they were trying to free themselves. Furthermore, Kate is held hostage as well! Orpheus uses her phone to tell Roman and the others about his kidnapping.

In this Days of Our Lives episode, we saw Alex obsess over Stephanie. He believed they were soulmates. Despite Allie and Chanel’s words of caution, Alex has decided to make Stephanie the center of his attention. Allie reminded Alex of consent and manners. However, he insisted he would not blow this up and try to be his best self. Chanel and Allie were worried he would mess things up.

Speaking of Stephanie, she was at Titan and told Sonny that she couldn’t work with them. She did not want to work with him if Alex was going to be hitting on her the whole time. Since Stephanie was not interested in Alex, she did not want to waste time. Sonny told Stephanie that Alex might have found someone else to bug. Eventually, Stephanie agreed to be a PR representative for Titan.

However, Alex appeared with flowers for Stephanie. She was upset and let Sonny handle his brother. Alex was excited to learn that Stephanie was now working for Titan. Sonny reminded him that meant Alex could not date Stephanie. Alex told him he would just quit if these were the policy. Sonny warned him it would all be for nothing as Stephanie was not interested in him. Despite everyone’s warnings, Alex was convinced Stephanie would give him a shot eventually.

Meanwhile, at the pub, Orpheus tries to ruin Roman birthday celebration with Kate, Abe, and Paulina. They asked him to leave, and he said he would; however, he warned everyone that he would “see” everyone in town. Later on, we saw Marlena and Kayla tied to chairs, discussing their blindfolded ride.

Kayla and Marlena assumed that they were most likely held in a warehouse by the docks and would attempt to escape. They were just about to wiggle out of the ropes when Orpheus arrived and tightened them again. He taunted them by eating in front of them as they starved.

At the park, Steve and John discussed their lack of leads on the case. John went to the pub to hear about the Orpheus situation. Steve pretended that Kayla was attending a medical conference with Marlena. However, he kept looking at Kayla’s picture and worried about her safety.

In this episode of Days of our Lives, Kate asked Allie and Chanel if they wanted to have dessert for Roman’s birthday. Chanel went inside Sweet Bits while Allie and Kate discussed Roman. Kate told her that Roman had forgiven her

, and she hoped Allie could also forgive her. Furthermore, Kate revealed how she had turned herself in as an accessory. Allie felt bad, and her resolve crumbled. They hugged and patched things up. After that, Allie left to help Chanel.

Allie and Chanel returned from the bakery only to see Kate had left. Orpheus had called Roman from Kate’s phone to send regrets from the guests who could not make it to his birthday party. Kate was tied up with Marlena and Kayla. Orpheus had found another hostage! Days of Our Lives airs weekdays on NBC. Catch the latest news and spoilers from the show on TV Season & Spoilers.