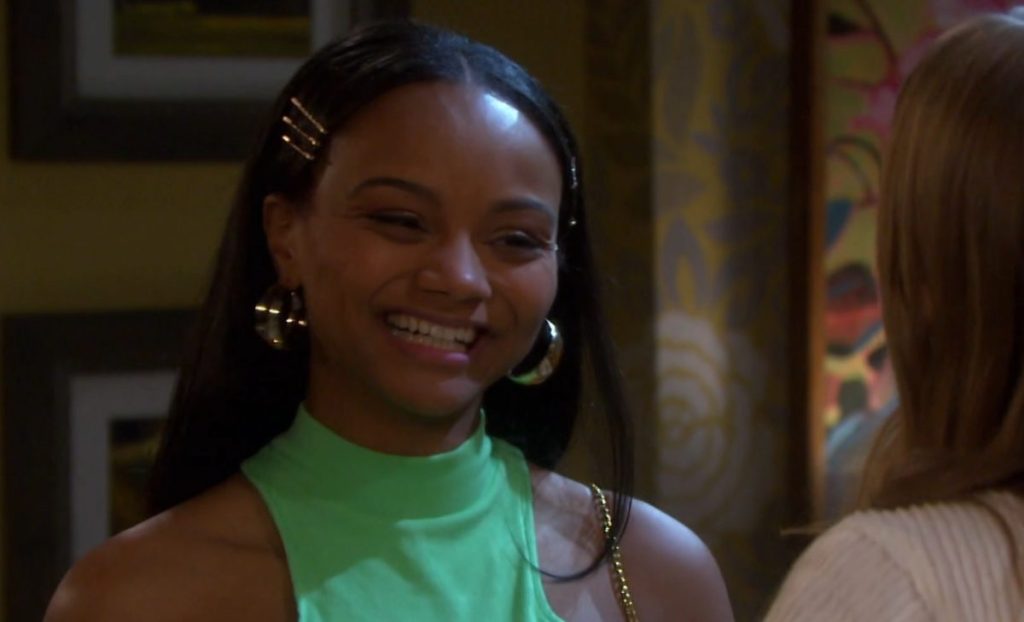 Days Of Our Lives Recap For July 21, 2022: Kristen Has A Way out, Chanel Needs To Make A Decision

Days of Our Lives recap for July 21, 2022, revealed the ongoings at Statesville. Orpheus’ plan to blackmail the governor will set a lot of things in motion. Through a series of coincidences, Kristen will discover his plan and join the father and son in their escape from prison.

Johnny and Allie fought over Chanel again in another part of town. Allie found the two of them kissing and punched her brother when he confessed to proposing to her. Chanel demanded more time from them and left. The twins realize that they miss each other and have to be by each other’s side regardless of her choices. What more did they do? Here is all about it.

Days of our Lives episode for July 21, 2022, witnessed Kristen in prison. She called Brady Black in order to be able to schedule a meeting with Rachel Black. Brady denied Kristen this opportunity by stating that Kristen was still in California. Rachel was having a blast with Theresa and Tate and wanted to stay a bit longer.

Kristen was angry to hear this and ended up punching the wall next to the phone booth in prison. This put her straight in the infirmary where Evan was working. The two of them spoke to each other about their children and how much they missed them. Evan revealed that he might have a way out, which made Kristen suspicious. She threatened to stab him with a pencil, so Evan had to let her into his and Orpheus’ escape plan.

Days Of Our Lives Recap: Orpheus Blackmails The Governor

In this episode of Days of Our Lives, Milo Harp discovered Governor Mitchell’s goods thanks to The Anderson File. Now, the governor was agitated and demanded to know the terms of Orpheus’ blackmail. Orpheus demands a full pardon

for himself and his son Evan Frears and Kristen DiMera. He decided to help her out as well.

Abe Carver learned in another part of town that Paulina Price had invited Governor Mitchell to dinner. She hoped he would help Abe win the next election by endorsing him. He was all set to be out of office in the near future.

Allie And Johnny Fight Over Chanel

Meanwhile, at the town square, Allie tried to make an escape after catching Chanel and Johnny sharing a passionate kiss. Well, Chanel found her anyway and tried to apologize. But Johnny didn’t show a morsel of remorse for having made his sister feel so jealous.

Rather, Johnny took the opportunity to show off his proposal to Chanel. Allie was very angry

upon hearing this and punched him straight in the gut. The twins began to quarrel, and Chanel had to intervene to stop them. They asked her to give an answer, and she requested some more time before making her decision.

Later, the twins returned to their senses and shared a warm moment. Johnny admitted that he missed their friendship; Allie agreed and said likewise. In this episode of Days of Our Lives, the two of them decided to be good to each other no matter what happens with Chanel. Days of Our Lives airs weekdays on NBC. Catch the latest news from the show only on TV Season & Spoilers.