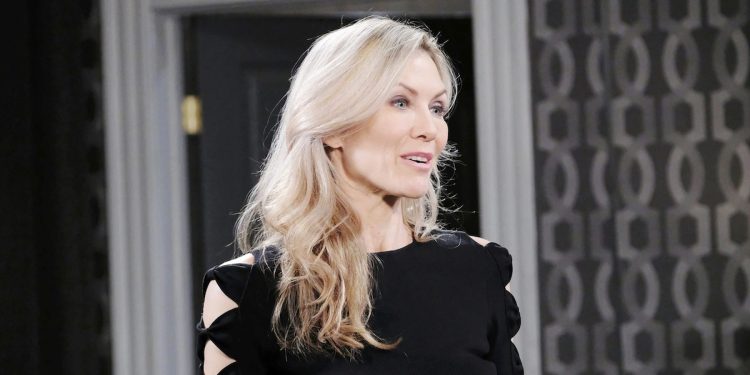 Days of Our Lives recap for Friday, July 22, revealed the ongoing drama between Belle and Shawn. After the epic showdown with Jan, Shawn apologized to Belle. She apologized for her affair with EJ DiMera as well. Elsewhere, Orpheus’ plan works, and the villains from Statesville are ready to take to the streets of Salem again. Evan called on Brady to meet his son, whereas Kristen arranged pardons for Rolf and Gwen.

Shawn And Belle Apologize To Each Other

In this Days of Our Lives episode, Shawn apologized for how things went down with Jan Spears. Belle apologized to him for sleeping with EJ DiMera. The two of them had shared their apologies and now wondered what would be the next step for their relationship. Just then, he got a call from Governor Mitchell.

We saw Governor Mitchell cave into Orpheus’ demands. He issued pardons for Kristen DiMera, Dr. Wilhelm Rolf, Gwen Rizczech, Milo Harp, and Christain Maddox. These folks are now free to spread to the filth around town, having made their way out by hook or crook. Later, after his escape from prison, Evan demanded to see his son at Brady’s house. Shawn Brady does not believe his words at all. Evan tells him that he will prove his words, provoking Shawn. Belle Black Brady is not very upset to hear this news.

Days Of Our Lives Recap: Kristen Has Plans

Meanwhile, Kristen began to make her plans. She made a phone call to Gwen Rizczech and informed her about her pardon. Gwen was shocked beyond words to hear the news. Furt hermore, Kristen had secured a pardon for her and felt she owed her after what Gwen had done for her in the past.

Gwen was elated to hear the happy news. The new friends now shared a warm hug to celebrate their upcoming freedom. Dr. Rolf also expressed his gratitude to Kristen for arranging a pardon for him. Later in this episode of Days of Our Lives, Kristen tried to talk Gwen into giving Xander Cook another shot. They made a better pair than Sarah and Xander.

Jada Has Revelations About Sarah

Speaking of Sarah, while at Salem PD, she confessed that she was on medication to counter the effects of another drug that caused hallucinations. Sarah recalled her visions with Kristen – in them, Kristen held a knife to Chanel. Jada Hunter assumed that Sarah mistook Abigail for Kristen and ended up attacking.

Moreover, Jada also concluded that Sarah might have been angry about the dropped syringe. Sarah wouldn’t hear a word of this. She blamed Kristen and insisted she could not have hurt Abigail. Furthermore, she also denied all allegations of being at the DiMera mansion, suggesting that Lucas was mistaken or lying. Sarah is not really under any obligation; to be honest, she has not been arrested yet. She asked Jada to leave. Days of our Lives airs weekdays only on NBC. Catch the latest news and spoilers from the show only on TV Season & Spoilers.