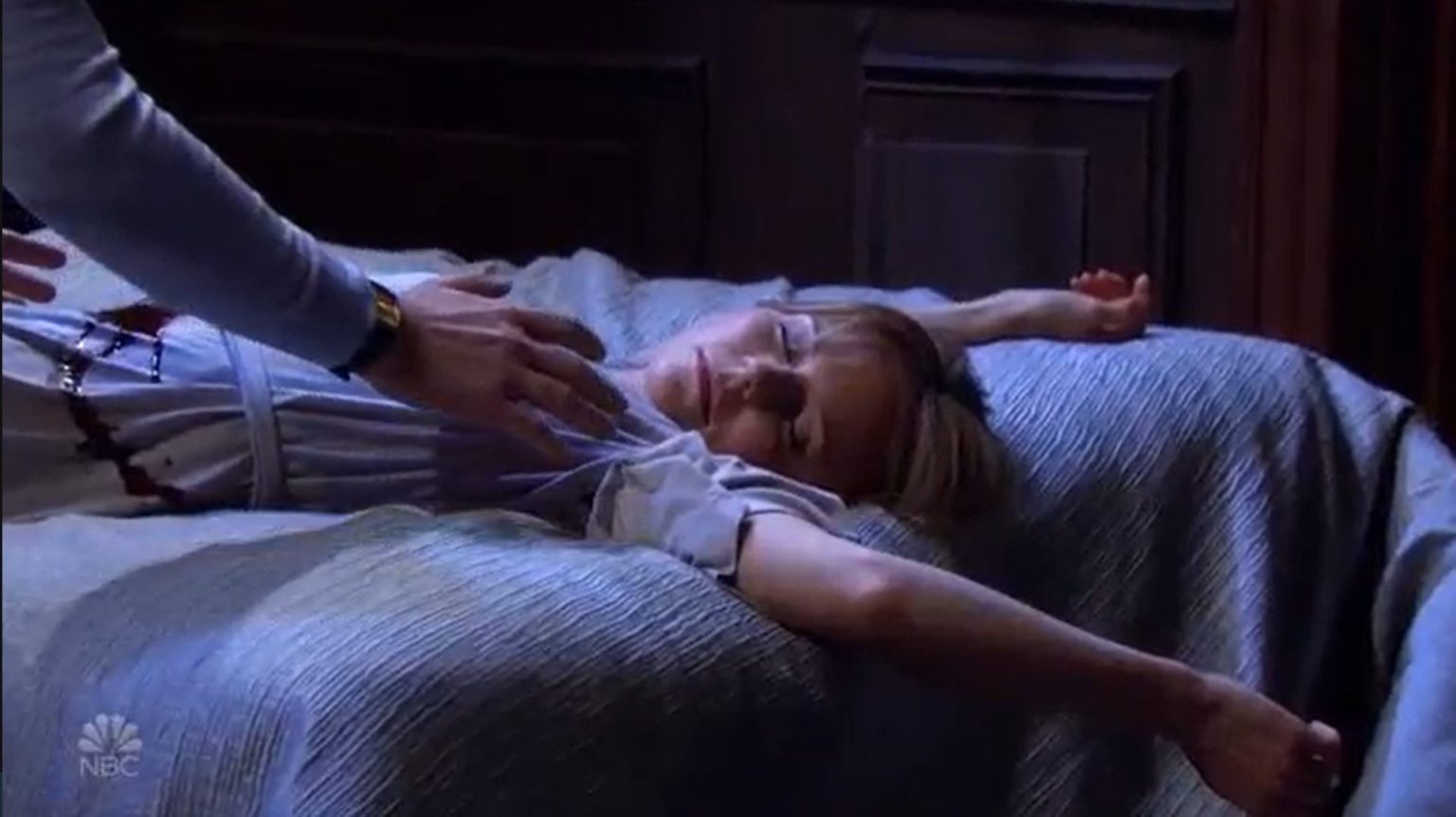 Days Of Our Lives Recap For June 14, 2022: Who Killed Abigail? Was it Lucas, Kate Or A Petty Burglar?

Days of Our Lives recap for the June 14, 2022 episode is here. Things have taken a horrible turn after the death of Abigail. Her parents are grieving, Chad lashes out at Kate, and Lucas doubts himself. Lucas was drunk on the night of the crime. Everyone is pointing fingers at each other, and no one seems to be innocent. Did the culprit kill Abigail for her jewelry, or was it the evil doing of someone she knew? Here is all about it.

Chad Is Furious, Lashes Out On Kate

Nothing in the world can help Chad DiMera recover from the loss of Abigail. He is grieving and itching to f ind someone whom he can blame. All he wants to do is find the culprit so he can displace his sadness and lash out at them. Just then, Kate arrives to meet Chad. Of course, she is absolutely bewildered to hear him accuse her of the crime. However, we know that in the past, Kate has tried to kill Victor Kiriakis and Chloe Lane as well. Can we really believe that she is innocent this time around?

Days Of Our Lives Recap: Lucas Sobers Up, He Has To Face The Facts

Lucas is having a bad day on this episode of Days of Our Lives. He has to face the facts before him. Not only has he broken his sobriety, but he also did so on the night his niece was murdered! Moreover, when he wakes up from his drunken state, he finds himself in a very tricky situation. He wakes up with a slashed-down bottle of glass in his hand. Could he have killed his own niece Abigail? Everyone is wondering what he did with the bottle. More importantly, to whom did he do it.

Accusations Are In The Air

Things take a dark turn in this episode of Days Of Our Lives. Leo swears that he did nothing to Abigail and is completely innocent. Gwen Rizczech rises to the occasion as well. She has her alibi and promises that she did not come from Statesville to the DiMera house to butcher Abigail.

No one believes anyone; however, they have to let the matter rest till there is some proof. Jack Deveraux and Jennifer Rose Horton Deveraux are drowning in grief and despair. They spend Jack’s birthday grieving and saying goodbye to their daughter. Jack gives a heartwrenching eulogy – one can’t help but recall all the times he was not there for his daughter and feel sorry for him.

Who could have taken Abigail’s life is the question on everyone’s mind. Is it possible that the robbery was the only motivation behind the murder? We know that Abigail’s jewelry was a complete mess when she was discovered dead. Or did someone make it look like a burglary to hide their evil intentions? To find out, catch all the episodes of Days Of Our Lives on NBC. Stay tuned with TV Season & Spoilers for the latest updates.