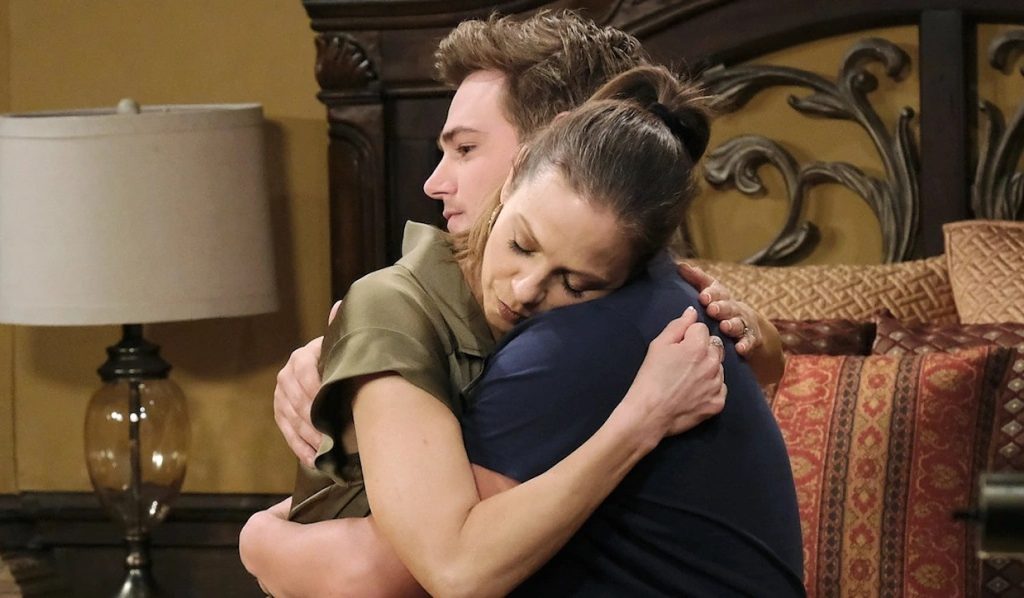 Days Of Our Lives Recap For Monday, September 12, 2022: Stephanie And Alex Get Close, Ava & Johnny Walk Out

Days of Our Lives recap for Monday, September 12, 2022, revealed the story of Alex and Ava. First, we saw Alex try to ask Stephanie to join him for drinks, but she declined. After that, Chanel and Allie made cookies for Abe and learned Paulina had decided to run for governor instead. Alex made Stephanie at the bistro, where she suggested they should celebrate their professional victories together.

Meanwhile, Gabi met Stefan, but he did not love her. Li consoled a heartbroken Gabi. Ava stopped Johnny in bed and reminded him she was older than him. Furthermore, she was still mourning Jake. EJ walked in on them and was furious to see them together. He asked Ava to leave, and Johnny followed suit.

Alex Wants To Move On, Stephanie Has Second Thoughts

In this Days of Our Lives episode, we saw Alex share positive news regarding Sonny’s health and praise Stephanie for her press release. Alex wanted to celebrate the happy news over drinks, but Stephanie insisted she wanted to keep things professional. Alex heard her and was disappointed to lose his chance with her.

Meanwhile, Allie and Chanel delivered more than 10,000 cookies for Abe Carver’s election campaign. However, they learned Paulina was running for governor instead. Paulina assured Chanel she would make up for the cookies and ordered another batch for her campaign. Later, Paulina met Stephanie to prepare for her interview. Furthermore, Paulina opened up about her love story with Abe and confessed you do not know what you want.

Days Of Our Lives Recap: Stefan Does Not Remember Gabi

At the DiMera mansion, EJ wanted Li to leave and complained about his marriage with Gabi. Meanwhile, Gabi assumed the man she was in front of at the crypt was Jake. Stefan insisted it was him and explained how Dr. Rolf brought him back to life. Gabi believed him after he showed his scar from the heart transplant. She was happy and kissed him; Stefan pushed her away and told her he did not love her.

Gabi wanted Stefan to remember, but he claimed to have messed up his relationship with Chloe. Li arrived at the crypt and pretended not to recognize Stefan. Moreover, Stefan saw Gabi’s ring and thought it was good that she was moving on in life. Gabi was in shambles after Stefan left; Li hugged and consoled her.

Johnny & Ava Get Close, EJ Walks In On Them

Meanwhile, Johnny and Ava got close in bed. Ava stopped him and said she was old enough to be his mother. Moreover, she did not want to interfere in Johnny’s relationship with EJ. She was hallucinating about Jake and losing her mind.

Johnny suggested he was a grown-up inside. Everyone thought he was mature for his age. He believed EJ was creating a ruckus at his fault. Furthermore, Johnny did not think Ava was losing her mind

. He told her EJ was capable of gaslighting and had done so in the past.

Ava brought up Jake and wanted to stay friends with Johnny. Later, EJ walked in on them and was furious. He accused Ava of using Johnny to stay at the mansion. EJ asked her to leave, and Johnny threatened to leave with her. EJ said he did not care what Johnny did anymore. Ava decided to head to Salem Inn, and Johnny joined her.

The two of them pretended to be into each other in front of EJ as they prepared to leave. Days of Our Lives airs weekdays on NBC. Stay tuned with TV Season & Spoilers for the latest news and spoilers.