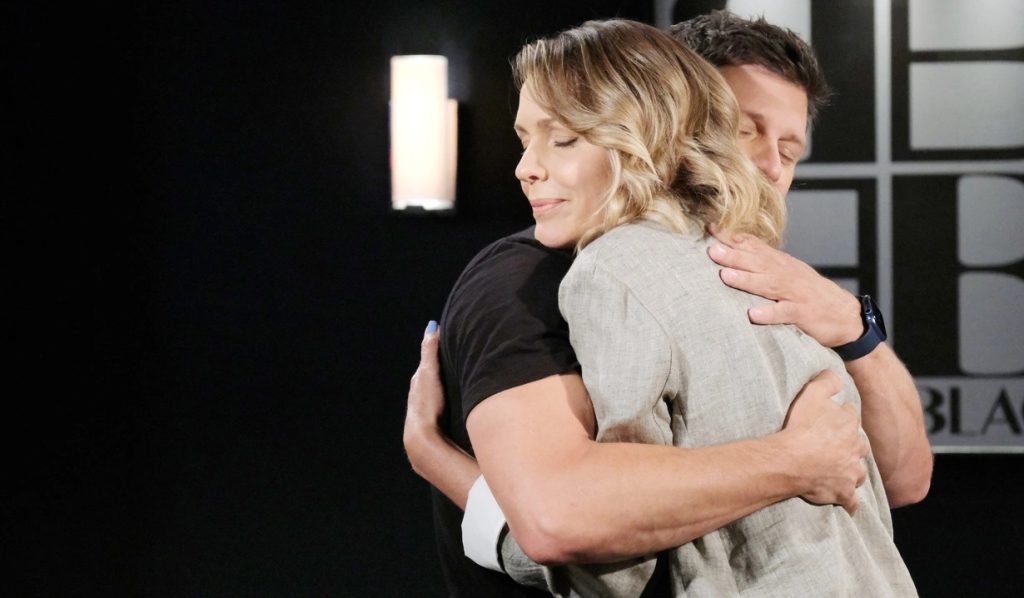 Days of Our Lives Recap For Thursday, October 6, 2022: Allie Makes A Plan, Rafe Is Jealous

Days of Our Lives recap for Thursday, October 6, 2022, revealed Allie’s concern about her relationship with Chanel. After watching her gawking at Johnny, she thought Chanel missed being with a man. Before leaving, Will arrived at her doorstep to say goodbye and listened to her share her relationship problems.

Will Talks To Allie

In this Days of Our Lives episode, we saw Chanel meet Johnny on a bench. She was worried he was homeless because a passerby dropped some coins in his coffee cup. However, Johnny revealed he was yet to choose between Ava and EJ’s housing offers. Chanel reminded Johnny that Ava had rejected him so he already had an answer.

Meanwhile, Will appeared at Allie’s doorstep and announced he was heading back to LA. Will learned about Allie and Chanel’s latest fights and thought Allie felt insecure. Allie admitted she was and wondered if it was her lack of understanding of the whole bisexual experience.

Days of Our Lives: Allie Makes A Proposition

In this Days of Our Lives episode, Gabi asks Ava to reject EJ’s offer to stay at the mansion. She grabbed her phone to send the message, but Ava grabbed her phone back and said the decision would be hers. Later, Ava confessed EJ asked Johnny to move in as well. Gabi decided Ava should move in because Johnny could feel rejected and would not vote in her favor.

Ava was fed up with Gabi’s whims and brought up her situation with Stefan. However, Ava apologized because she knew this was a painful topic for Gabi. Later, Gabi suggested Ava reject Johnny because she was more interested in EJ DiMera. EJ and Stefan discussed their plan to oust Gabi from the DiMera throne.

EJ reminded Stefan that he was still wearing his wedding ring – maybe he still liked her subconsciously. Later, he met Gabi, who seemed hopeful upon seeing him. However, soon, Stefan pulled off his wedding ring and gave it back to her. Ava and Johnny confirmed their decision to move back into the mansion, and EJ was delighted.

In this Days of Our Lives episode, Rafe wanted to surprise Nicole and Eric with takeout, and Jada decided to join them as well. Meanwhile, Nicole learned Marlena

, Kate and Kayla were seriously ill. She comforted Eric with a hug, and Rafe and Jada arrived with takeout food.

Eric explained his mother was sick and Nicole was comforting him. Rafe was not happy to see them close, but he told Eric he was sorry for his mom. Eric was not ready to eat, so he headed home with his mother. Jada joined him and told him she wanted to be there when he needed someone. Days of our Lives airs on weekdays on NBC and Peacock. Stay tuned with TV Season & Spoilers for the latest news and spoilers.