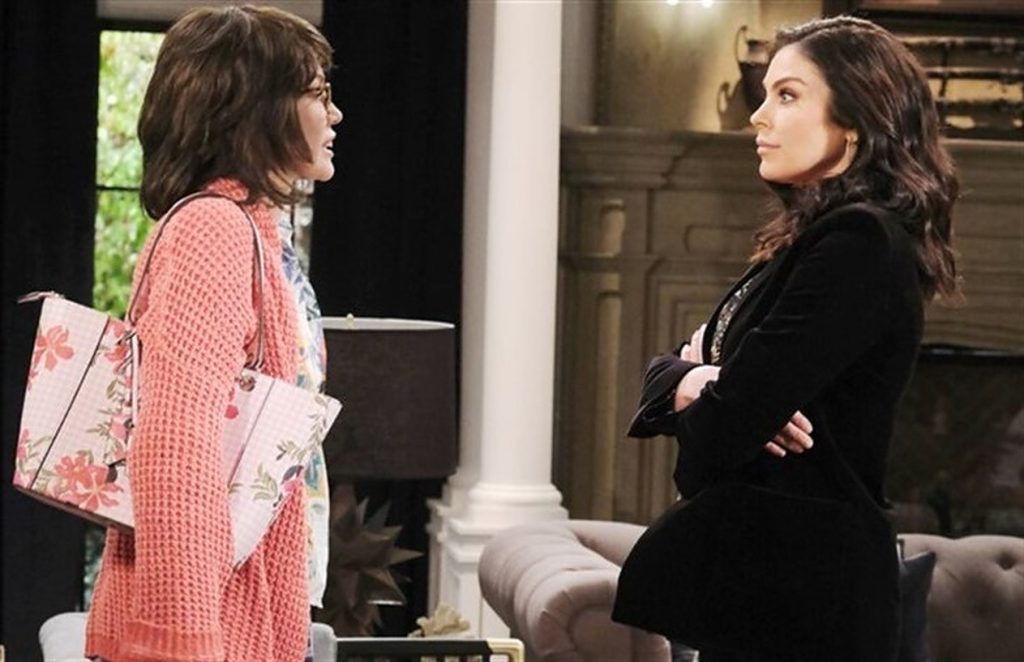 Days of Our Lives recap for Thursday, September 15, 2022, revealed the fate of Kristen’s custody trial. She arrived in court and represented herself. Kristen called out Chloe’s baby-stealing past and accused Brady of wanting a murderer to raise their child. Meanwhile, Gabi recalled her meeting with Stefan and vowed to win him back.

Next, EJ arrived at Ava’s hotel and asked Johnny to leave with him. Johnny refused to listen to him but left when Ava asked him to. Chanel was concerned about Johnny and was surprised to see him at her doorstep. Allie confronted Ava about her intentions with Johnny. How are things going to move forward there? Keep reading to find out.

In this episode of Days of Our Lives, we saw Li scold Kristen for waking up Stefan earlier than planned. However, she knew what happened at the memorial and felt their plan could still work out. Kristen thought Gabi was not her concern as she had her problems. She was late to the custody trial, and Belle Brady urged the judge to dismiss the case.

Before the judge could dismiss the hearing, Kristen arrived and announced she would represent herself. She asked Chloe to take the stand and answer her questions. Kristen demanded to know why Chloe wanted to steal her children. When Chloe tried to defend herself, Kristen reminded her of when she lied to Nicole about her pregnancy despite being her surrogate.

Furthermore, Chloe backed out of the custody agreement and took Nicole’s daughter. Chloe admitted Nicole was her closest friend now and took care of her daughter when she was busy. Belle told Brady that the case was worse than she expected. Belle thought Chloe should not testify and leave for the best. After recess, Kristen asked Brady some questions. She asked Brady why he would want a murderer to raise their child.

Days Of Our Lives Recap: Ava Asks Johnny To Leave

In this Days of Our Lives episode, Gabi received flashbacks of her encounter with Stefan. She wondered what Dr. Rolf did to him. However, she was determined to win him back now that she knew he was alive. Ava was in her hotel room and was unhappy to see Johnny wearing a towel. She asked him to leave as he was here for a night only.

EJ arrived and asked Johnny to wear some clothes. Johnny refused to go with him, and Ava supported him. They continued to pretend to be in love with each other. EJ was furious and left them at it. Ava told Johnny it was all a lie and she would never sleep with Johnny. Of course, Johnny was disappointed but decided to honor her wishes.

Allie & Chanel Have A Fight

Next, Allie and Chanel discussed Johnny and Ava while making the big batch of cookies. Chanel thought it was bad because Ava was twice Johnny’s age, and it was risky to mess with the mob. Allie accused Chanel of obsessing over Johnny, and Chanel left to make the cookie delivery. Later, Allie asked Ava what her intentions were with Johnny. Moreover, Allie did not want her brother to be unhappy.

Chanel was disappointed to see Allie was not home when she came to apologize. Instead, Johnny knocked on the door. What does he has to say? We will know in the next episode. Days of our Lives (DOOL) airs weekdays on Peacock+ in the U.S. and The W Network or Global TV App in Canada.