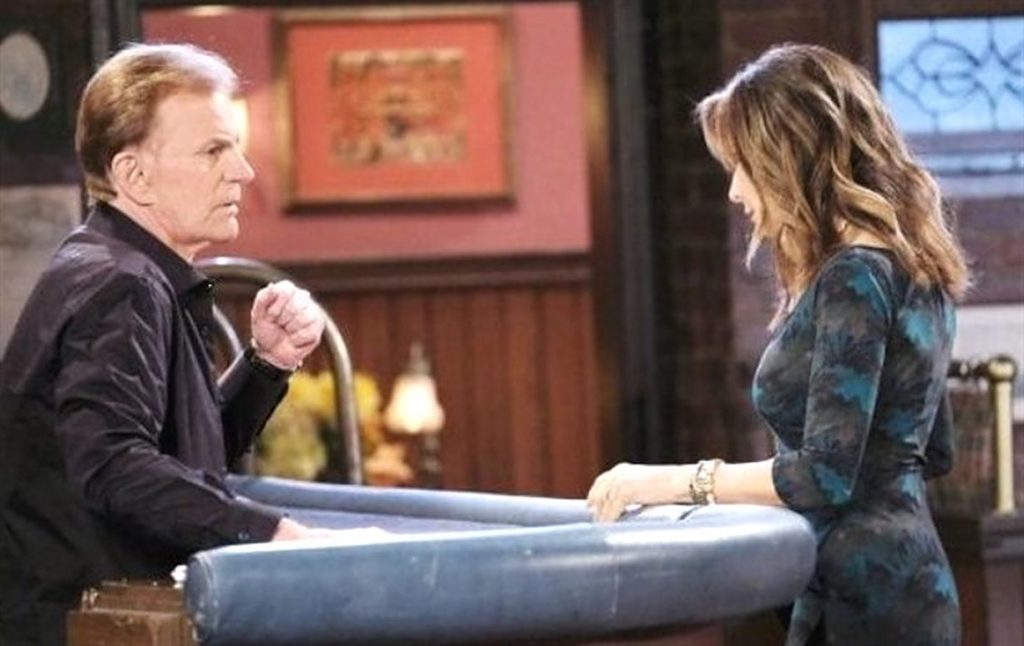 Days Of Our Lives Recap For Wednesday, September 21, 2022: Steve Threatens Orpheus, Kate Walks Out Of The Hospital

Days of Our Lives recap for Wednesday, September 21, 2022, revealed the story of Kate, Kayla, and Marlena. First, we saw Steve threaten Orpheus in custody. Orpheus did not cooperate and did not reveal anything about the sickness. Kayla and Marlena tried to hide their sickness from their families. But, they will not be successful. Later, Kristen questioned John in the hearing, but he was distracted because of Marlena.

Further in the episode, Brady and Belle visited Marlena, but she asked them to fight for Rachel at the hearing instead. Kate decided she would leave the hospital if the end of her life were here. Roman and Kate had breakfast at the pub where they met Chloe. What would they do there? Keep reading to find out.

In this episode of Days of Our Lives, we saw Steve threaten to murder Orpheus with a pen if he did not tell them the solution to his conspiracy. Previously, we learned Orpheus had poisoned his ex-hostages Kayla, Kate, and Marlena with an incurable disease. Of course, Orpheus was not willing to cooperate. Shawn dragged Steve out when he continued to threaten him.

Meanwhile, Kayla lied to Stephanie about her allergies. However, both Kayla and Marlena were coughing and sneezing excessively. None of them wanted their family to know what had happened to them. John Black wiped his tears during the custody hearing as he was bothered by Marlena’s suffering.

Kristen accused John of being a bad judge of character because he did not notice when Marlena committed crimes for three months. Moreover, Kristen mocked Marlena for claiming she was possessed during the activities. She wondered why Marlena was not here of Brady was such a big deal for her. John interrupted Kristen and screamed Marlena could be dying, and called Kristen a bitch.

The Judge dismissed the hearing for a break. John explained what happened with Orpheus to Kristen. Kristen pretended to be nice to Brady and felt sorry about Marlena, but he knew she would never agree to share custody. Meanwhile, Brady and Belle visited Marlena at the hospital, and she pushed them to attend the hearing and fight for Rachel.

In this Days of Our Lives episode, Chloe ranted about the custody drama and wanted Shawn to testify. However, Shawn believed he would be of no use. He could tell them that Phillip Kiriakis’ case was no longer relevant. In another part of town, Kate dressed in her hospital room and told Roman she was going out. She wanted to make the most of whatever time she had left.

Roman was not happy with Kate’s decision but let her be. They had breakfast at the pub; Chloe arrived and asked Kate to testify in favor of Brady. Kate said she would consider it, but Chloe taunted her. After Chloe left, Roman told Kate that the judge would know Phillip was alive. Kate thought if Brady returned to prison, he would lose his mind. Days of Our Lives airs weekdays on NBC and Peacock. Stay tuned with TV Season & Spoilers for the latest news and spoilers.