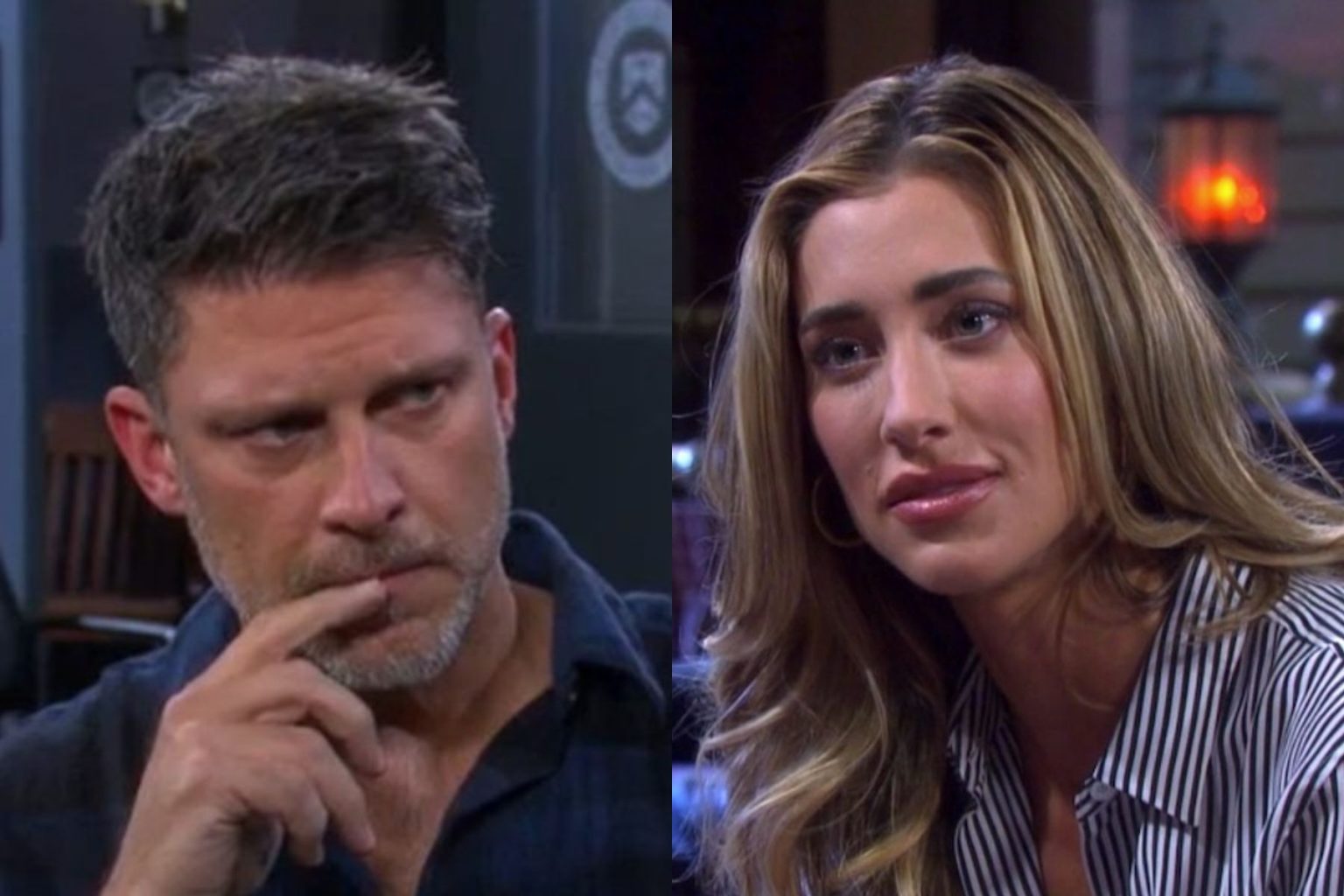 Days of Our Lives Spoilers: Eric And Sloan’s New Romance, Want Baby Together?

Days of Our Lives spoilers tease some complex pairing might happen in Salem in the near future. It will be none other than Sloan and Eric who will come closer to each other. However, what might be the real reason for them to come closer? Do they really love each other, or is there something else to the storyline? Let’s discuss what might be the reason behind this pairing if it really has to happen.

The past few weeks have been pretty rough for Eric. From reuniting with his ex-wife, Nicole, to getting sudden updates on Jada’s pregnancy to pushing away Nicole for his unborn. After doing all this and getting excited about the newborn, Jada dropped another bombshell on him, which shattered all his dreams into pieces. Jada aborted the baby! Thanks to Nicole’s brainwash ing session, Eric fumed in rage over how his life turned upside down in just a matter of few days. To make things more worse, Eric fought with EJ and landed in prison.

Not to make things go worse for Eric, Days of Our Lives showed Eric coming a bit closer to Sloan. The recent spoilers showed that Eric hired Sloan as his lawyer to take him out of prison. Looks like this is where Eric might spill his whole story about Jada, Nicole, and the unborn to Sloan. So, she may have some sympathy for him. At the same time, Sloan might also open up about her ordeal on how Chanel is the reason behind losing both her mom and dad. Once Eric feels bad for her, he might also show some sympathy for her.

Chances are there that this sympathy is what might become the base ground for them to come closer. Days has already hinted that these two are to come closer and have also started to put each other in the same orbit. However, it is a bit confusing to see this pairing and makes one question if they really are in love or have some other thinking going on in mind. Let’s discuss the reasons which might be the cause of pairing Sloan with Eric.

Days Of Our Lives spoilers: Sloan To Fulfil Eric’s Wish Of Being A Father?

During the week of December 12-16, 2022, Eric and Sloan will come closer to each other. Why this pairing all of a sudden? To come to think of it, fans know that Sloan sympathizes with Eric’s dream to become a father and not be able to do it. As for Sloan, she was robbed of her mother way too soon, which might give her a nudge in the right direction to help Eric out with his dream. Initially, Eric and Sloan might become hook-up partners, just like how Sloan agreed to be with Alex. But things might take another turn and grow their bond even further.

This might be when Sloan decides to live a normal life without having to think of what and when to plot wicked plans. Chances are there that Sloan might offer to give what Jada wasn’t able to. Even though this pair doesn’t look like a good match, writers might be putting them in one orbit for a future co-parenting agreement. Chances are there. Stay tuned to see what uncovers in this storyline. Days Of Our Lives airs every weekday exclusively on Peacock+ in the US and on the W Network in Canada. For more updates and spoilers, visit our website, TV Season & Spoilers.