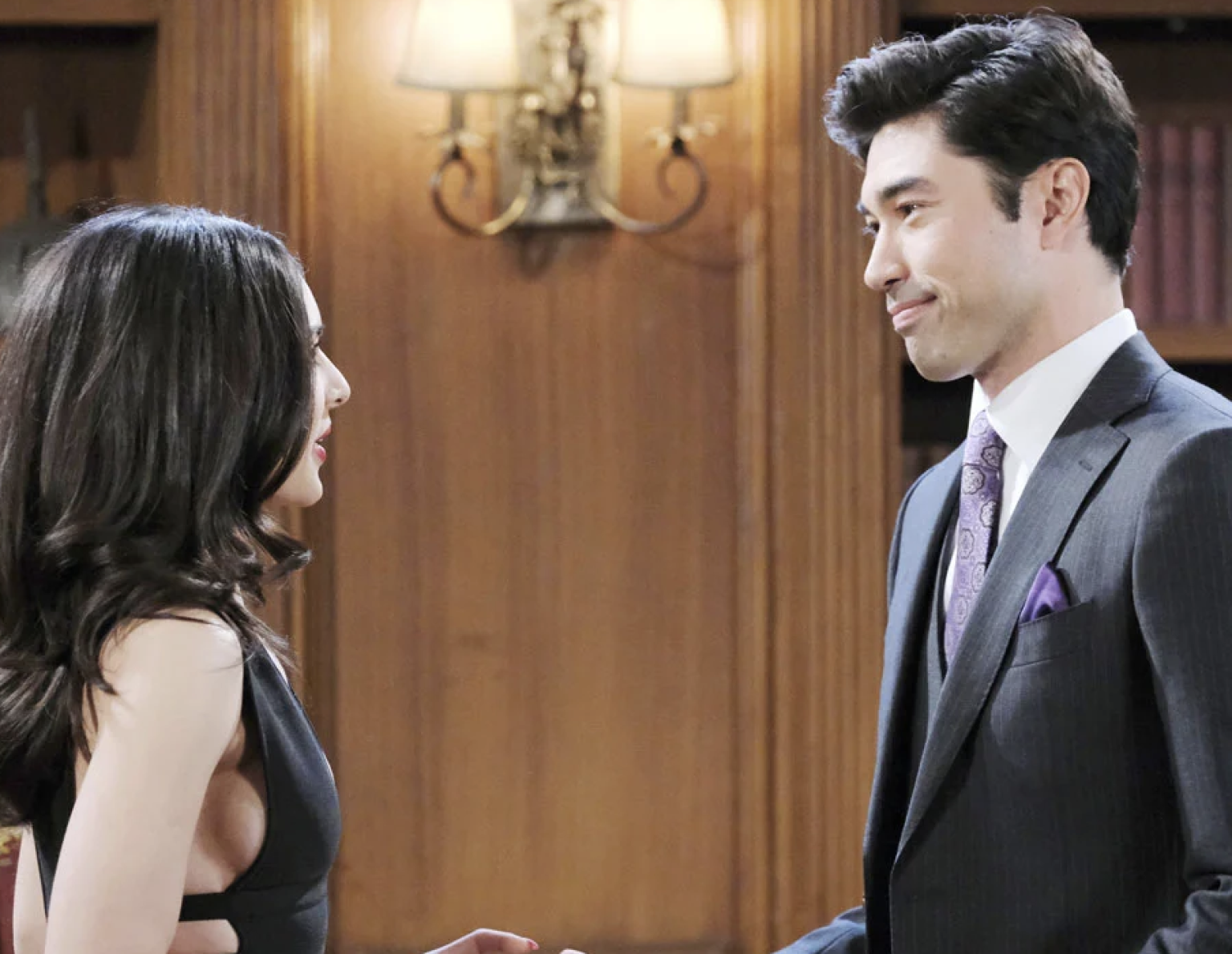 Days of Our Lives Spoilers For August 9, 2022: Dr. Rolf Stuck In Between Li and Kristen, Brady’s Plan To Divert Kristen?

Days of Our Lives spoilers for August 9, 2022, reveal that Li and Dr. Rolf will have a chat in the secret lab. Li will ask Rolf to slow up the process of waking Stefan. He will worry that Stefan’s presence will make him lose Gabi. However, this request will put Dr. Rolf in a confusing position. He will get sandwiched between Kristen and Li. Speaking of Kristen, she will get a tempting offer from Brady. On the other hand, Nicole will get jealous of Eric and Jada’s date. Read the entire article and find out what happens in today’s episode.

Whatever it is, Nicole will feel jealous of seeing Jada with Eric. It is teased that Eric will go with Jada to show her some rooms for rent, but Nicole will think that there will be some make-out sessions. Later, Eric and Jada will spend a lovely time with each other at Bristo, having lunch. In the meantime, Nicole’s jealousy will put Rafe in an uncomfortable place as he will not like his wife’s concern with her ex-husband. Apart from this, it is teased that a new love triangle might arise soon in these two couple’s life.

Days of Our Lives Spoilers: Li Approaches Dr. Rolf With A Request!

In the previous week’s of Days of Our Lives, viewers saw how Kristen pushed Dr. Rolf to speed up Stefan’s process of waking up. However, in today’s episode, Li will approach Dr. Rolf in his secret lab. This time, Li will say that he is the one funding the whole mad science experiment. He will have a request for Dr. Rolf regarding Stefan’s medical condition.

As for Li, he knows that once Stefan wakes up, Gabi will go back to him. He doesn’t want that to happen. So, he will ask the doctor to slow up the process of waking Stefan. Slowing up will buy some time for Li to grab Gabi closer to him.

Speaking of Dr. Rolf, he will get stuck in between Kristen and Li. One needs to speed up the process while the other needs to slow down the pace. He will think of ways to carve a path for himself. What would be the ultimate plan to revive Stefan? Will he listen to Li or Kristen? Will know this in the upcoming episodes.

With the help of Gabi, Kristen was able to score a job in Basic Black. However, the spoilers tease that Brady might have a more tempting offer for her. On Monday, fans can expect Brady to strike a deal with Kristen to leave Chloe alone. This might have to do something with leaving the position in Basic Black.

Speaking of Kristen, she is not the type to leave the battleground halfway that too if things are going as per her say. However, if Brady uses Rachel Black in his deal, it might actually interest Kristen. Whatever it is, Kristen will continue to be a hindrance in Brady and Chloe’s relationship.

Elsewhere, Shawn and Belle will have a deep conversation about their marriage. This will lead them to open up and take things on a positive note. There are possibilities that their relationship might see the light, and they might be able to fix their bond. Stay tuned and watch Days Of Our Lives which airs every Weekdays on NBC. For more information on spoilers and updates, visit our website, TV Season & Spoilers.