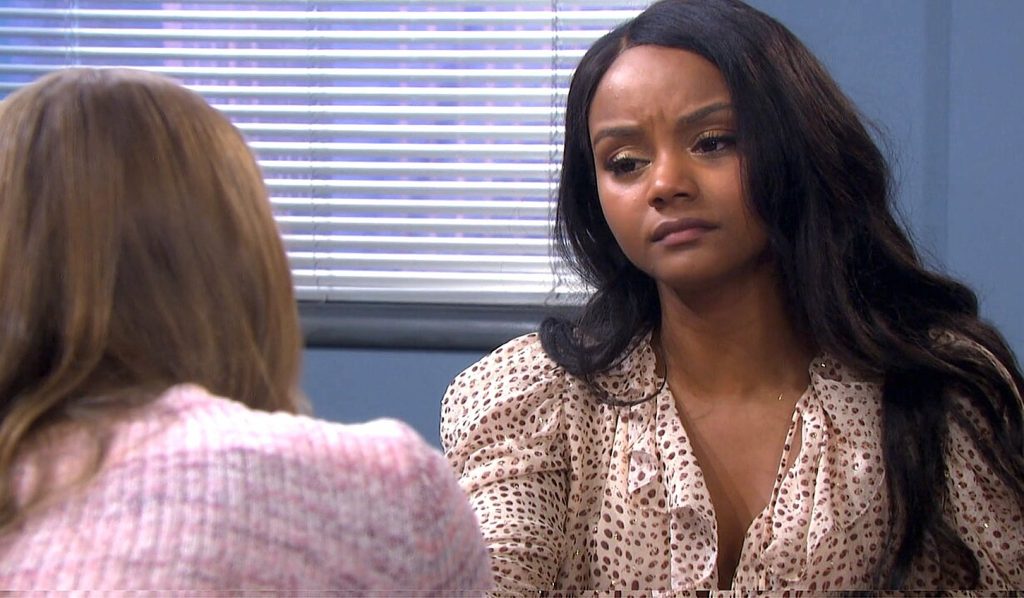 Days Of Our Lives Spoilers For December 1, 2022: Paulina Sacrifices Her Freedom, Sloan’s Vow To Chanel

Days of Our Lives spoilers for December 1, 2022, tease that Paulina will sacrifice her freedom for the sake of her daughter’s release. However, Sloan won’t let Chanel slip so easily and will make a vow. On the other end, Eric will also blast at Nicole for brainwashing Jada and will hold her responsible for the abortion. Keep reading to see what is brewing in Salem in today’s episode.

First, Paulina will share her plan with Abe and will insist that it is indeed risky. Days of Our Lives spoilers tease that Paulina will be hell-bent on saving her daughter from the legal mess. Looks like Paulina will sacrifice her freedom in order to save Chanel. She will take the blame on herself and will get arrested. However, Sloan won’t let Chanel slip off that easily. So, she will also make a vow.

Shockingly, when Chanel’s mistakenly killed Martha, Sloan also lost her father. Turns out that her father drank himself to death because he can’t come to terms with his beloved wife’s death. So, Sloan blames Chanel for that as well. The Days of Our Lives spoilers say Sloan will make a vow that she will let Chanel pay for her crimes and won’t let her off the hook.

Other Days of Our Lives spoilers tease that Paulina’s arrest will eventually lead to Chanel’s release. However, she won’t be happy at all since her mother is now in jail. Even though Chanel is out, that certainly doesn’t mean that Sloan can’t do anything. She will definitely unleash her wrath, and Chanel will face more troubles. Stay tuned for that.

Days of Our Lives Spoilers: Eric Blasts At Nicole

Next, Eric will fume in anger after he learns that Jada has aborted the baby. Days of Our Lives spoilers tease Eric will rip into Nicole for brainwashing Jada and sabotaging his dream to become a father. Fans know how much excited Eric was, but now he is devastated since his unborn is aborted. He will blast at Nicole and will lash out at her for interfering between him and Jada. When Nicole gets the update, she will also realize what she has done. The preview video showed Eric saying that pregnancy was none of her business. This is where that scene will come.

In the meantime, Jada will also battle guilt in the aftermath of her decision. So, Kate will come to rescue her and will provide some comfort. Jada will also appreciate Kate’s support and will lean on her to open up about her feelings. What will happen now? Will Eric go back to Nicole now that the baby is no more? We will know that soon. Stay tuned as DOOL will air more emotion-packed episodes in the upcoming weeks. Days of Our Lives airs every weekday on Peacock + in the US and on the W Network in Canada. For more updates and spoilers, visit our website, TV Season & Spoilers.