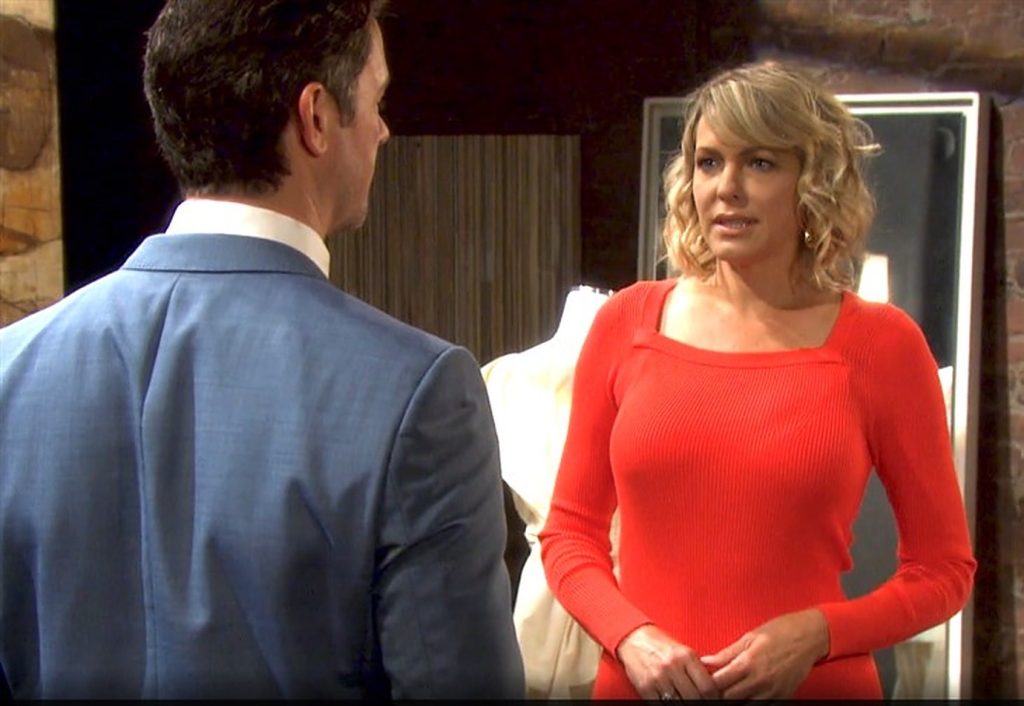 Days of Our Lives Spoilers For December 6, 2022: Johnny Corners Gabi, Nicole Moves In With EJ

Days of Our Lives spoilers for December 6, 2022, reveal that Johnny will get some upsetting updates from Wendy. So, he will now decide to corner Gabi and tell her all the truth about Stefan’s brainwashing. On the other end, EJ will offer some quality for Nicole and Holly. Is Nicole going to get herself into more mess? Keep reading to find out what B&B has in store for the viewers in today’s episode.

First, Chanel will witness something shocking and will confront someone regarding that. Days of Our Lives spoilers tease Chanel will find “murderer” written on Sweet Bit’s shop window. So, she will know that it has something to do with Sloan. While she confronts her, Sloan will argue that it proves the public is on her side. Not to mention, Abe is already facing criticism and might step down from his mayor position. While the problems keep adding, Chanel will become an emotional wreck.

However, Johnny will come on time to save Chanel and comfort her during the midweek. She’ll be surrounded by problems – on one side, Paulina is in prison, and on the other, Abe is on the verge of stepping down from the Mayor’s position. Above this, Chanel herself is facing legal issues, so she won’t know what to do with her issues. Speaking of Paulina, she will have some quality advice for Eric, who is now her cellmate. Even though Eric doesn’t want to listen, she is going to advise him.

As for Johnny, he will later get some upsetting updates from Wendy regarding Stefan’s brainwashing. Looks like Wendy might come clean to Johnny on what all Li said and how much he was involved in the whole process. Johnny will fume in rage and will know just what to do. The Days of Our Lives spoilers say Johnny will corner Gabi and will prepare himself to slip the beans. However, Li will be more clever enough to sniff the trouble and catch Johnny before he spills something. Looks like Stefan’s brainwashing will stay under wraps for some more days.

Days Of Our Lives Spoilers: EJ’s Proposal To Nicole

Next, Nicole will wake up horrified to find herself in EJ’s bed. Of course, she will think that they have done something, but in reality, they just slept off after getting drunk. Days of Our Lives spoilers show EJ will bring some breakfast for Nicole and will offer her some comfort. He knows she is going through a lot, so he will offer that he will lessen her stress by dropping charges on Eric. However, that won’t be the only offer EJ makes to Nicole.

Looks like EJ will have a long-term proposal for Nicole to consider. He will ask Nicole to move into the DiMera mansion along with Holly. Nicole will also agree to it, but she soon will get some second thoughts when Johnny will find her and EJ on the bed and will get some wrong idea. Whatever it is, Nicole is likely to get into more trouble in the upcoming days. Days Of Our Lives airs every weekday on Peacock+ in the US and on the W Network in Canada. For more updates and spoilers, visit our website, TV Season & Spoilers.