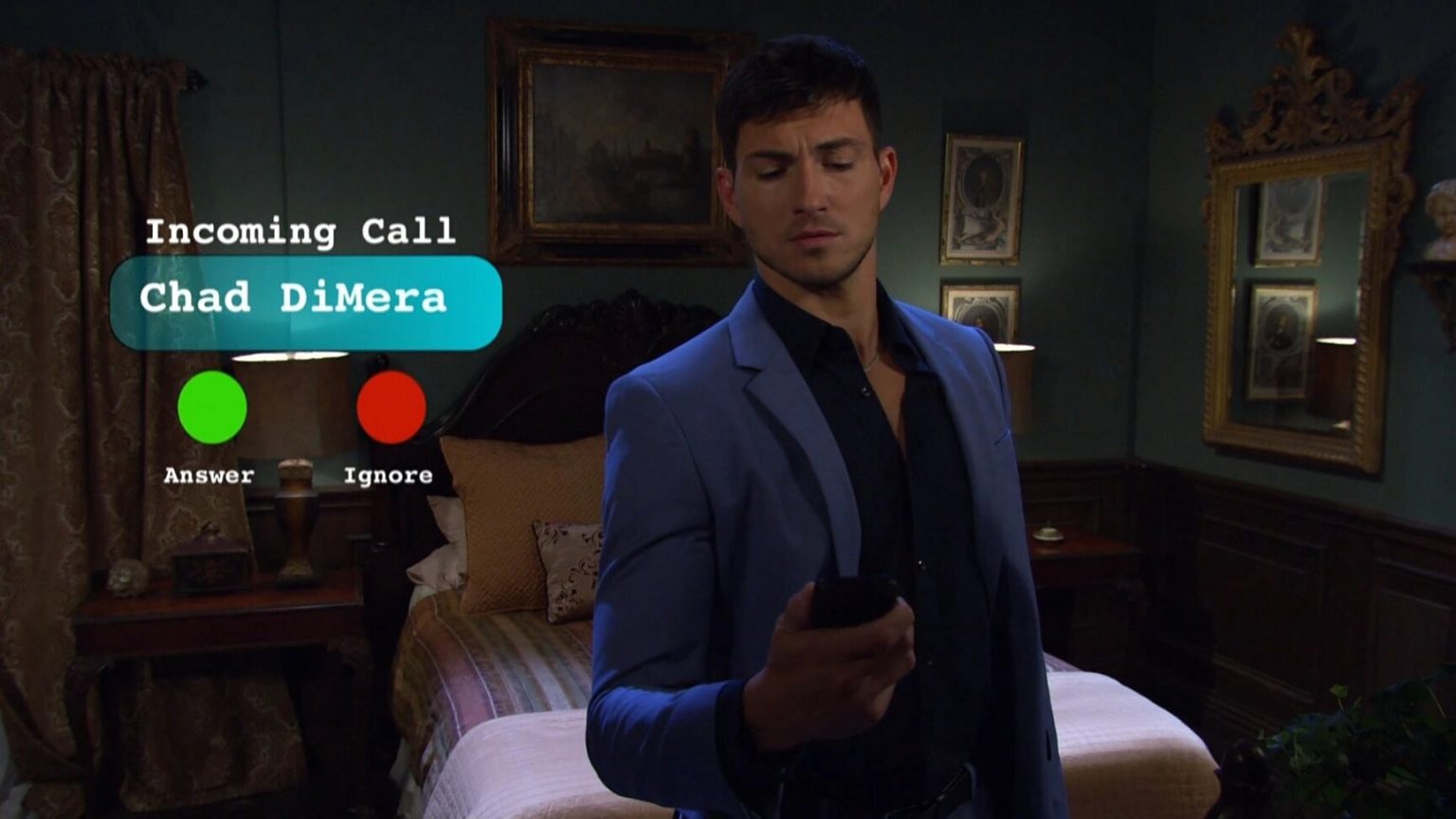 Days of Our Lives spoilers for January 9, 2023, reveal Kayla will die, and Marlena will also start to fade faster than expected. Over with Stephanie, it will be too late for her to reach the hospital since Kayla will already be gone by then. Meanwhile, Eric will clash with Kristen directly to get the orchid and help Marlena from dying. Looks like he will hold Kristen at gunpoint and will demand for answers. Will she spill the truth now that the situation has turned hopeless? Let’s read further to know what Kristen has to say.

First, Chad will keep calling and texting Stephanie to inform her about her mother’s condition. However, a jealous Alex will switch off the phone completely. Days of Our Lives spoilers say Alex will distract Stephanie from taking the call. Once they hit the sheets, things will get more chaotic since Kayla will also die after Kate.

However, Chad will finally find Stephanie and inform her about the whole situation. Although she will rush to the hospital, it will be too late since Kayla will already leave by then. Stephanie will be devastated for not being able to give any last farewell to her mother. Other spoilers say Alex will land in a tough spot when Stephanie comes to know about him deliberately switching off her phone. Will that become the main reason for this couple to break up? We will know that soon.

Days Of Our Lives Spoilers: Eric Clashes With Kristen

Coming up next, Marlena will also be fading faster than expected. Days of Our Lives spoilers claim Eric won’t sit and watch her die, rather, he will decide to take things into his hands. He will visit Kristen at her place and will hold her at gunpoint. All that he wants is the orchid back, since Eric doesn’t believe Kristen, he will feel that she is hiding it somewhere. This scene might be Monday’s cliffhanger, where Eric will point a gun at Kristen and demand answers from her.

Finally, Lucas will also get the update about Kate dying. Once he fumes in rage, he will meet Orpheus and will attack him. John will somehow manage to stop Lucas from doing it. But Orpheus will arrange for some liquor later and make sure Lucas consumes it. Things will remain chaotic in Salem for now since the orchid is missing.

However, the head writer has already claimed that the three former hostages will come back in the upcoming episode. There will be a huge twist in the storyline, which will bring them back. It will be interesting to see what will happen there. Will they finally find the orchid, or is something else going to happen? Stay tuned, as DOOL will air more action-packed episodes in the future. Days Of Our Lives airs every weekday on Peacock+ in the US and on the W Network in Canada. For more updates and spoilers, visit our website, TV Season & Spoilers.