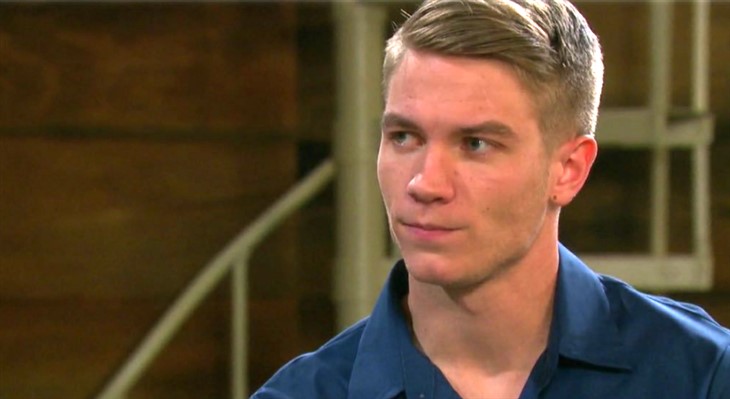 Days of Our Lives spoilers for Monday, June 13, 2022, are out. And it reveals that the upcoming episode will be about some very tough goodbyes. First, Tripp will make a decision to move from Salem, and he will bid his goodbyes to everyone he loves. Then, Abigail’s murder mystery will unroll, and Chad will be shocked. A lot will happen thereafter. What all is it? Here is all about it.

DOOL spoilers for Monday, June 13, 2022, reveals that Tripp will decide that he needs to leave the town and take a break. So, he decides that he has to move to Seattle along with Stephanie Johnson and Joey Johnson. Tripp recently video chatted with his half-siblings and decided that he needed a change of scenery.

That led to him deciding that he would leave Salem for a while. This means that in the upcoming episode of June 13, 2022, Tripp will bid his goodbyes to Steve and Kayla. The two of them have gotten used to having Tripp around. So, as per Days of Our Lives spoilers, when he tells them about moving, they will be shocked.

After speaking to Steve and Kayla, Tripp will meet with Allie and Chanel to tell them about his decision. This will make Allie feel guilty because she will start to think that she is the reason why Tripp has decided to leave. But, he will insist that Allie isn’t the reason, and he is only doing this because he needs to put himself first now.

More Tripp-related spoilers suggest that he will also bid his goodbyes to Ava Vitali later on this week. So, it will be an emotional few episodes for Tripp and the people who love him. Days of Our Lives was laying the groundwork for this exit for some time. So, it will finally happen in the week of June 13, 2022.

There will be more than one goodbye on Days of Our Lives in the upcoming episode. As per the latest spoilers, Chad will find his wife’s body after being brutally stabbed. Abigail will be a goner by the time Chad takes her to the hospital. She will be pronounced dead there. DOOL spoilers confirm that Chad will be a teary mess and will try to look at a way to bid his wife a farewell. This will undoubtedly be a crushing blow to the whole family.

Once Abigail’s body is found, there will be a list of suspects that will include Gwen, Leo, Lucas, and Sarah. They will all become a part of the murder mystery, and things will become very interesting in the upcoming episodes of Days of Our Lives.

Further spoilers suggest that EJ and Belle will think about taking their romance to the bedroom. But their plan will be derailed after the murder thing. Since Chad will have gone into a total panic mode, things will become a mess. Susan will also get a bad vibe as the word spreads. So, EJ will try to comfort Belle before he leaves Belle with Marlena, who will also try to calm her down.

Johnny will also join EJ at the hospital to give Chad some support. Chanel will hug Johnny while they are all there. This family will come together in a time of crisis, and things will become twisted from here on. Days of Our Lives airs on NBC all weekdays. Don’t miss the action. In the meantime,