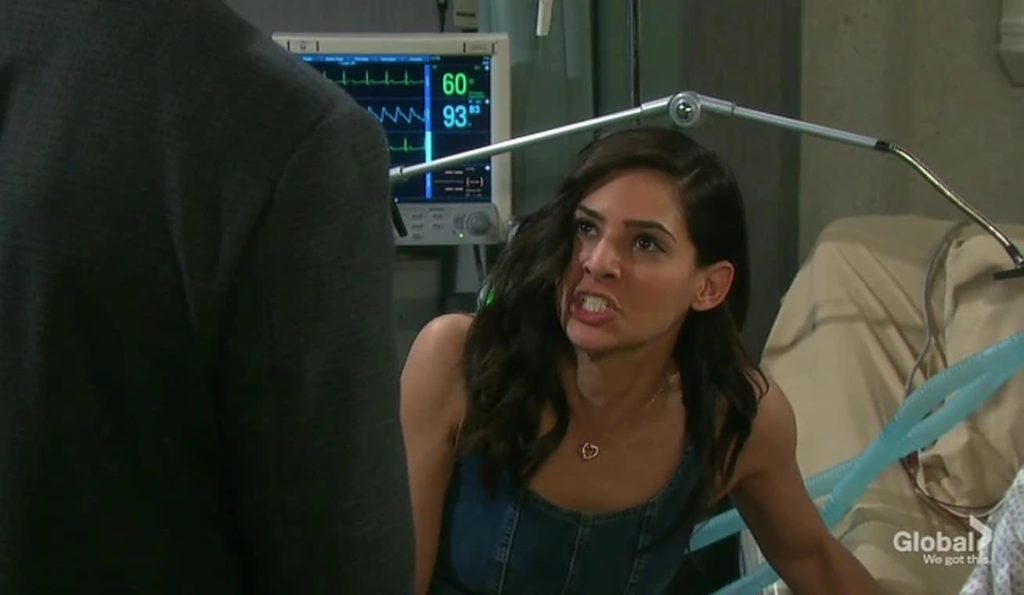 Days of Our Lives Spoilers For Next Two Weeks (September 12-23, 2022): Rafe’s Nightmare, Gabi Gets Violent

Days Of Our Lives spoilers for next two weeks starting from September 12 to September 23, 2022, reveal that Rafe will get a nightmare about Nicole and Eric. So, he will start feeling insecure. On the other end, Paulina will inform about her decision to run for the governor post to both Allie and Chanel.

Over with Kristen, she will have some wicked plan in action during Rachel’s custody hearing. Across the town, Gabi will attack Rolf after learning that Stefan only remembers Chloe. Would Rolf rat out the whole truth? We will know soon.

During the week of September 19-23, 2022, Days of Our Lives spoilers say that Leo will seek Gwen for help. Over with Sonny, he will remember something specific about the attack and help in the case. On the other end, Clyde will propose to Nancy. Let’s read further and know what is brewing in Salem.

This week, on Days of Our Lives, Gabi will kiss Stefan when she learns that her “dead” husband is alive. But Stefan will pull away from the kiss and push Gabi away from him. Days Of Our Lives spoilers say that Gabi will know that Stefan only remembers Chloe. So, she will approach Dr. Rolf in his secret lab.

Over there, she will confront Rolf about Stefan’s memory. She will lose her temper and will start physically attacking him. However, he will play dumb and tell her that nothing is in his hands. Whatever it is, Gabi will be disheartened.

Elsewhere, Rafe will get a nightmare. In that, he will see Nicole cheating on him with Eric. So, he will grow insecure. However, looks like Nicole will actually create some situations where Eric will end up in her orbit. Days Of Our Lives spoilers say that Nicole will know Eric’s photography skills. So, she will want him to help her in the photoshoot in Basic Black.

According to the fall preview video, it looks like Nicole and Eric will end up modeling in that photoshoot. As some models will quit, so they will have to fill up as models. Whatever it is, looks like Nicole will not leave Eric and this will only cause trouble for Jada and Rafe.

Further on Days Of Our Lives, Paulina will inform Allie and Chanel about her decision to run for the Governor role. So, Allie and Chanel will be happy for her. They will also wish her luck in her new political career.

Later, Allie will learn about Johnny and Ava’s recent closeness. So, she will not approve of Johnny having feelings for Ava. Ava is Henry’s grandma and much older to Johnny. Above that, Allie has dated Ava’s son Tripp before. So, she will definitely be against this relationship.

Elsewhere, EJ will be furious with Ava. As he witnesses Ava and Johnny’s steamy make-out session, he will confront Ava. As for EJ, he will be disgusted with Ava for seducing someone younger enough to be her son. But Johnny will come to defend her and will say that age has got nothing to do with it.

After that, EJ will learn about Stefan’s survival through Gabi. So, fans can expect him to plan something wicked. DOOL spoilers say that EJ will want Stefan to support him in his business plans. However, Johnny will again step in to block his father’s plan. No matter what, Johnny will never leave Ava in any case.

Next, Marlena, Kayla, and Kate will all fall sick at the same time. So, Steve, Roman, and John will search for Orpheus as they will know that he might have done something to them. Days Of Our Lives spoilers say Orpheus will send another video message to Steve. Over there, he will tell them that the toxin will slowly kill their loved ones. Later, Rafe and Jada will also join Steve, Roman, and John to find out where Orpheus is.

Elsewhere, Xander and Sarah’s honeymoon will end sooner than they thought. Looks like Xander will get into some trouble. He will get flashbacks for some past traumatic memories that will make him doubt himself. He will start feeling that he is not good for Sarah. Speaking about honeymoon, Clyde will also want to go on a honeymoon with Nancy. But before that, he needs to marry her! So, this week’s cliffhanger will be of Clyde proposing to Nancy for marriage.

Over with Kristen. She will have some wicked plans in action during Rachel’s custody battle. Fans know that Kristen can go to any lengths to reunite with Rachel and Brady. So, she will have some huge accusations against Brady. Probably some domestic violence or something else down the line. Whatever it is, Brady will know that he is into huge trouble. On the other town, Alex and Stephanie will spend some quality time over drinks. So, this will be a chance for Stephanie to get to know Alex a bit better.

Days Of Our Lives Spoilers For The Week Of September 19-23, 2022: Rafe Comforts Gabi; Leo Approaches Gwen

By the week of September 19-23, 2022, Rafe will know Stefan is alive. Not just that, he will also learn that Stefan only remembers Chloe. So, Rafe will decide to go and comfort Gabi. Over with Leo, he will want to approach Gwen for some help. But he will know that after putting her under the bus just to escape from the conviction, Gwen will definitely not even want to see him. Anyways, he will still want to try his luck.

Other DOOL spoilers say that Nancy will accept Clyde’s marriage proposal. However, things might not go according to the plan. Hints are there that their marriage might face some hurdles down the line. Stay tuned to see what happens.

Finally, Sonny will try to recollect who could have attacked him. Unfortunately, he will not remember anything. But Days Of Our Lives spoilers say that he will have a vivid memory about something when he got attacked.

Once he knows what it is, this will soon help the police and Chad to track down the killer. Days Of Our Lives has been shifted to the Peacock streaming site. So, to continue watching it, get a premium subscription. For more updates and spoilers, visit our website, TV Season & Spoilers.