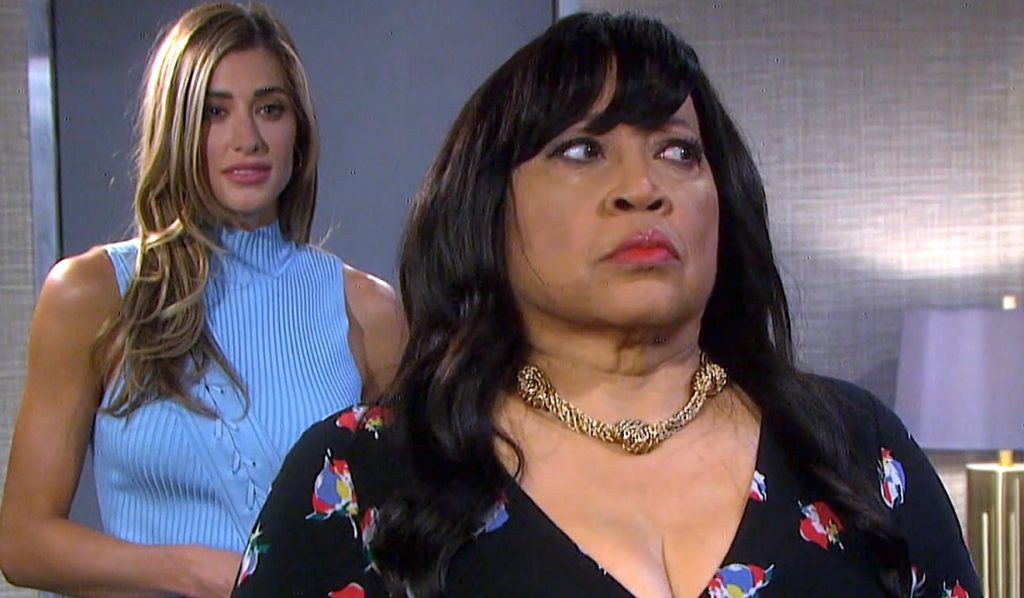 Days of Our Lives spoilers for November 15, 2022, tease that Gwen will learn about Leo’s state of mind, so she will want to help him. Elsewhere, Paulina will push Sloan to tell her about the mysterious client. However, Sloan will have other shockers for Paulina, which will turn her world upside down. Was Sloan faking all this while about the client? And what was that shocker about? Keep reading to know what is DOOL has in store for the viewers in today’s episode.

After Sloan leaked the incriminating files, Paulina will wonder who this client Sloan used to blackmail her is. Days of Our Lives spoilers tease that Paulina will ask Sloan to come clean about her client, who was asking for money, and also provide Sloan with those incriminating files. Looks like there was no such client with Sloan at all. It was all Sloan’s game to put Chanel behind bars.

However, Sloan will have another shocker, which will turn Paulina’s world upside down. The spoilers say Sloan will confess what Chanel has done in her past. Turns out that the murder which Chanel was talking about was actually none other than Sloan’s mother. It was her mother who Chanel killed, or at least that is what she thinks. After hearing this, Paulina won’t know how to handle it.

Speaking of Chanel, DA Melinda will push Chanel to come clean about her crimes. However, she’ll want her lawyer, Belle, to come and allow her to reveal. Chanel will refuse to reveal anything to Melinda unless and until Belle asks her to. As of now, Belle has asked her to keep her mouth shut, and she will do the same to not get into further trouble. Elsewhere, Allie will be terrified, but Alex will be there to support her.

Days Of Our Lives Spoilers: Leo Confides In Sonny

Further on Days Of Our Lives, Leo will confide in Sonny. After Paulina learns that Leo accidentally let Sloan take the incriminating files, she will fire him. So, Leo will confide in Sonny as he shares his ordeal with him. The spoilers say Sonny will see a vulnerable side of Leo and won’t be able to leave him. Sonny will somehow try to comfort Leo and make him feel a bit good. Whatever the case, Leo and Sonny are getting really close day by day. So, Sonny will have to watch his steps and try not to make Will upset.

In the meantime, Gwen will also cross paths with Sonny and Sloan. This will give Gwen an idea of what Leo is doing right now. So, she will also want to help Leo in his difficult time. Stay tuned and watch Days Of Our Lives, it airs every weekday on Peacock+ in the US and on the W Network in Canada. For more updates and spoilers, visit our website, TV Season & Spoilers.