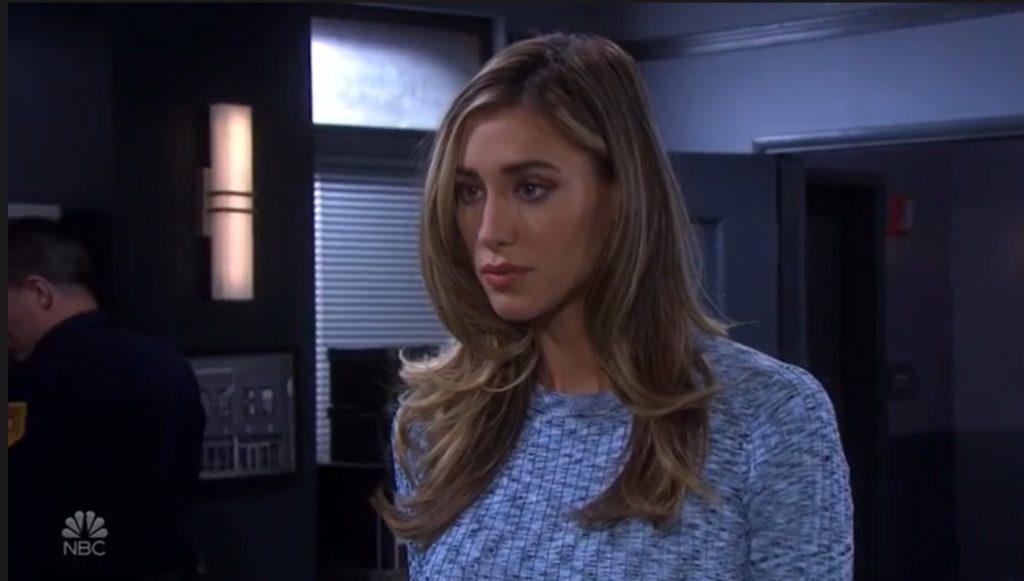 Days Of Our Lives Spoilers For September 6, 2022: Sarah And Xander Get Married, Rafe Accuses Sloan

Days of Our Lives spoilers for September 6, 2022, reveal that Xander and Sarah will finally tie the knot. Sarah and Xander will make their love official. Later on, Jack will come to rescue his daughter- Gwen. He will realize that she is innocent, so he will help her get a bail. At the hospital, Leo will disguise himself as a nurse and sneak into Sonny’s ICU ward. Keep reading and find out what is brewing in Salem.

Sarah is saved from all the convictions, Xander and Sarah will know what to do next. Days of Our Lives spoilers for September 6, 2022, claim that they will decide to get married. Their first chance terribly failed when Sarah was taken to the police station from the church.

Now, without wasting any time, Xander and Sarah will rush to Horton house. Rolling with their wedding gowns and suites, they will finally exchange vows. Maggie will officiate the ceremony, and in the meantime, Jack will serve as the best man. Over there, Xander will declare that Sarah is the best thing that happened to him. An overjoyed Sarah will seal his declaration with a kiss.

Elsewhere, Jack will come to save his daughter, Gwen. He will know that Gwen is innocent. Now that Sonny was attacked when Gwen was stuck in custody, it will add more to Jack’s belief. Whatever it is, Jack will work on legal formalities to get Gwen out of custody. Days of Our Lives spoilers say that Gwen will soon be out on bail. Stay tuned.

Over with Leo, he will disguise himself in a nurse outfit. Days of Our Lives spoilers say that Leo will sneak into Sonny’s ICU ward. Sonny will panic as he sees Leo in a nurse outfit. Of course, Sonny will think that Leo is there to harm him. But to his surprise, Leo will start begging him to believe that he is not the one who attacked him. Initially, Sonny will have doubts but will eventually start believing him.

Across the town, Sloan will face some serious issues with Rafe. Now that Leo has escaped in disguise to meet Sonny, Sloan and Rafe will wonder where he is. In defense, Sloan will tell him that even she is unaware of Leo’s whereabouts. Leo was supposed to be at the motel room that Rafe booked. But now he is missing.

Not a doubt, Rafe will blame Sloan for making Leo disappear. DOOL spoilers say that Rafe will also threaten Sloan to put her in jail. Looks like the upcoming episodes are going to be full of revelations. Stay tuned and watch Days Of Our Lives which airs every weekdays on NBC. For more information on updates and spoilers, visit our website, TV Season & Spoilers.