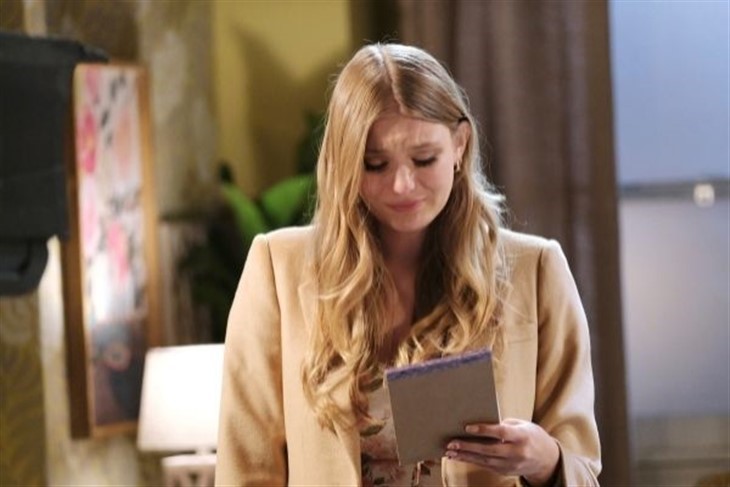 Days Of Our Lives Spoilers For The Week Of June 6, 2022: Allie Makes A Decision, Jan Wrecks Havoc, Again

Days of Our Lives Weekly spoilers for the week of June 6, 2022, are out, and it reveals that the upcoming episodes will bring in a lot of drama. Chanel and Allie will deal with their romantic situation while Leo takes things too far. There will be heated confrontations. Chad will also make some horrifying discoveries. What would that be? Here is everything to know.

Starting the Days of Our Lives, spoilers for the week of June 6, 2022, suggest that Allie will struggle with her romantic situation. She will get some advice from Will Horton regarding this. After listening to whatever Will has to say, Allie will make a decision.

However, later on, she will decide that Chanel also deserves a chance to look into this. Chanel does love Allie, but she also loves Johnny. So, she will be in a dilemma about who to choose. She isn’t ready to make a decision right now. But she will eventually, and that will be an interesting one.

Days of Our Lives: Leo Lands In A Pickle

Days of Our Lives viewers keeping up with the soap know that Leo is causing havoc in Salem. He has vowed to take revenge on everyone who broke him and Craig up. For this, he recently drugged Sonny. In the upcoming days, Sonny will want to get back to Leo for what he did.

So, he will deliver a fierce warning to him. However, further DOOL spoilers suggest that Leo will stir more trouble and land in a pickle. Thomas DiMera will catch Leo hiding in the DiMera mansion, and it won’t look good for sneaky Leo.

More related spoilers suggest that Abigail will investigate something, and this will lead Chad to feel very concerned. It looks like this will be something around Leo. Chad will feel that Abigail is putting herself in grave danger by doing this.

Alternatively, it is also possible that this story might involve someone else. Days of Our Lives viewers know that Abigail’s murder mystery is coming up this summer. So, the more danger Abigail puts herself in, the longer the suspect list becomes. And something like this might be in the works.

Clashes And Heated Confrontations Coming Up

Next, Days of Our Lives spoilers for the week of June 6, 2022, suggest that there will be some heated clashes in the upcoming days. Sarah will unleash her fury on Gwen for everything that she has done. But she won’t be the only one. As per the spoilers, EJ and Lucas

will also get in a fight and unleash their fury. More spoilers say that Belle and John will go head to head on what are EJ’s true motives.

Speaking of EJ, DOOL spoilers suggest that he will dream of Belle that will open his eyes about how he feels for her. EJ knows that he is attracted to the blonde, but he is scared to come between her and Shawn’s relationship. Regardless, he will find it harder to let go of this attraction in the upcoming days, and he might get closer to her.

Days of Our Lives: Lucas Tells Roman A Secret

Further Days of Our Lives spoilers suggest that Lucas will reach out to Roman Brady and tell him a secret. Lucas might tell Roman how he is planning to propose to Sami Brady. Roman will listen to this, and he might get very excited. However, given how Lucas is hiding a huge secret from Sami, it looks less likely that the two of them will get married.

Elsewhere, Jan will sit with Marlena for a session, but it will be all a big disaster. As per the spoilers, Jan will end up ripping into Marlena, and the whole thing will go down the drain. After this failed therapy session, Jan will try to pull Shawn closer to herself. She will use their mutual concern for the baby to rope Shawn in. Would she be successful, though? We will have to wait to know.

Speaking of roping people in, rounding off the Days of Our Lives spoilers is Clyde Weston, who will try to rope Lucas into something. This might involve him teaming up against EJ. However, Lucas will shut that idea down for now. But things might change later down the road.

Rounding off the spoilers will be Chad, who will make a discovery that will leave him horrified. Would he find Abigail’s dead body? We know that Abigail’s end is around the corner but will it happen so fast? We will have to wait to know. Days of Our Lives airs on NBC, and new twists are coming up there. Make sure you tune in and enjoy.