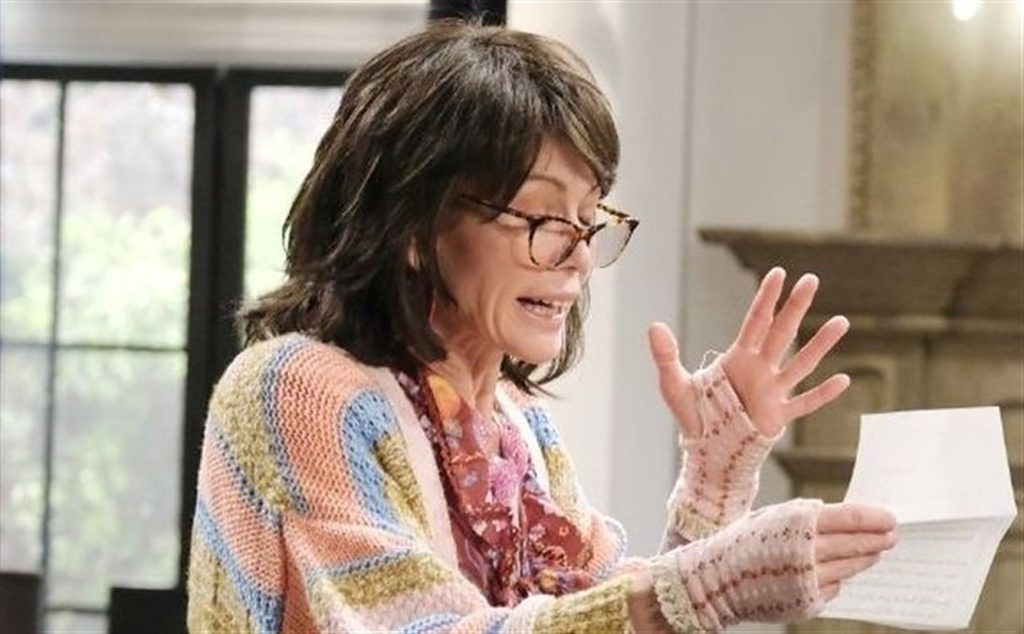 Days of Our Lives Spoilers For The Week Of November 21-25, 2022: Susan Meets Her Fate, Xander Makes A BIG CONFESSION

Days of Our Lives spoilers for the week of November 21-25, 2022, tease that Ava will make another move that will stun EJ to the core. Looks like Susan will be in grave danger and will ultimately meet an accident. Will she survive the deadly accident? Across the town, Xander will finally decide to confess his newly committed Sarah to Xander. Will he confess? And if he does, will Sarah be willing to forgive him? Let’s read further to know what DOOL has in store for the viewers in the coming week.

First, Ava will be done with EJ’s adamant behavior of not providing her with the ransom amount. So, she will decide to make one final move to inflict pain on EJ. Days of Our Lives spoilers tease Susan might be presumed dead by Thanksgiving. The preview video already showed an explosion. So, that will be Susan’s car, which will explode and fall off a cliff. Of course, EJ’s whole world will turn upside down once he discovers his beloved mother is no more. However, Marlena will come to com fort EJ

in his tough times.

Elsewhere, Alex and Justin will come to rescue Bonnie from the Kiriakis mansion’s summer shed. She will be puzzled by what happened to her. Even though she remembers that she was kept as a hostage, she won’t remember who it was. Fans would recall that Xander was wearing a clown mask the whole time, so neither Susan nor Bonnie can actually identify who the kidnapper was. However, fans know that it was Xander!

Speaking of Xander, he will decide to confess to Sarah. He knows how she has been trying to become a better person and let go of his shady past. Also, Xander promised Sarah that he wouldn’t go back to his patterns. Now that he has committed such a huge crime, he will decide to come clean with his wife. Looks like while he is about to confess, he will get scared and leave the place. As for Sarah, she will get a hunch that Xander is getting into some big trouble. So, she will keep a close eye on him.

Over with Eric and Jada, they will drop the pregnancy bomb on Brady and Kate. Jada will also confide in Kate as she will also need some advice from her. Days of Our Lives spoilers show that Nicole will hear Jada and Eric’s conversation and will fume in rage. Nicole will misunderstand the whole situation and will feel like Jada is forcing Eric to accept her.

Afterward, Nicole will urge Jada to get rid of the baby and try to brainwash her by telling her that this baby will tie her to Eric, who has admitted that he still loves Nicole. Since Jada still hasn’t been able to figure out the entire situation, she will get super pissed off by Nicole’s statement. The same will apply to Eric as well. He will be shocked to see Nicole even commenting something like this and will just ask her to mind her own business.

Elsewhere, Gabi will act like she is moving on from Stefan. However, that won’t be the case in reality. Elsewhere, Alex will deliver an invitation to Stephanie while Steve and Kayla will be out of town. Along with Chanel, she will also face some legal issues, but she will have Allie and Abe beside her. They will team up to save Chanel from this legal mess. Stay tuned and watch Days Of Our Lives exclusively on Peacock+ in the US and on the W Network in Canada. For more updates and spoilers, visit our website, TV Season & Spoilers.