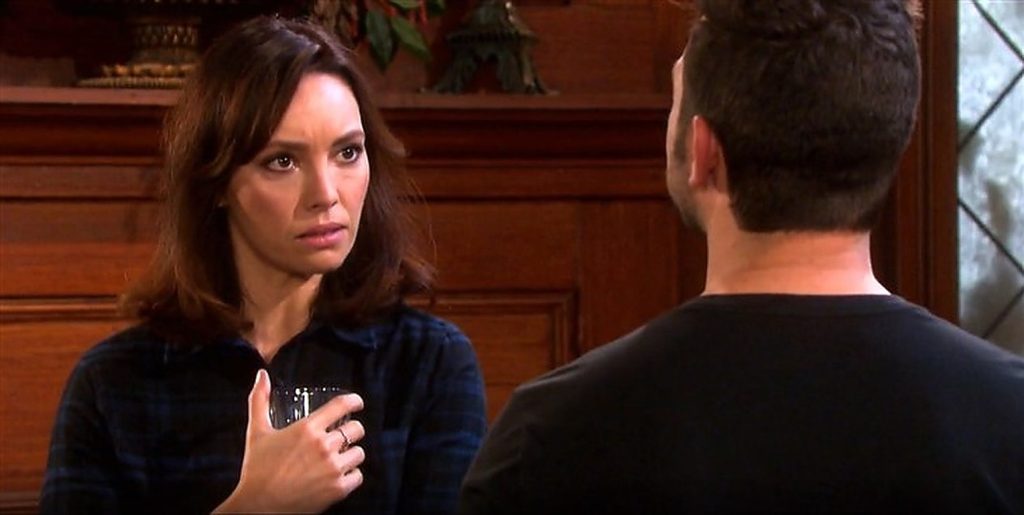 Days of Our Lives Spoilers: Gwen Is The KILLER? Reveals New Details In Interrogation

The recent Days Of Our Lives spoilers showed how Leo landed up in hot water. He was seen in the basement before Abigail was killed. Later, Leo was taken to the police station by Chad. Even after pushing a lot, Leo keeps saying that he did not kill Abigail. But soon, he will start pointing fingers at Gwen. It is teased that Gwen will get arrested, and she might finally open up about that fatal night. Is Gwen really the killer or not? Read the entire article to know the fate of Gwen.

Leo Is In The Hot Water!

With Thomas pointing at the tooth fairy, Chad finally realized that it is none other than Leo. Now, Leo will get arrested and taken down to the police station. The Days of Our Lives spoilers show that he will be pushed during the interrogation to admit that he is the killer. However, Leo will never accept it.

Meanwhile, Jada and Chad will search the whole DiMera mansion for any sort of evidence. Unfortunately, they will find a fork with Leo’s fingerprint on it. Now that he is caught, he will point his fingers at Gwen. As for him, he hopes that his lawyer will help him to get out of this mess.

Days Of Our Lives Spoilers: Gwen Under Arrest

Just like passing the parcel game, Leo will pass the blame to Gwen. The Days of Our Lives spoilers say that she will get arrested and taken down to the police station for further interrogation. Over there, she will be grilled and asked about the fatal night.

Gwen will realize the seriousness of the mess in which she is. Nobody would ever want to risk their lives in legal problems. Gwen will also think that it would be better to open up about what really happened instead of trying to escape.

According to Gwen’s version, she did escape Statesville and went to the mansion. However, she might not tell them her true intention was to kill Abigail. She will admit that she indeed wore Sarah’s mask and went to Abigail’s room only to find her already dead. When she saw her in a pool of blood, she immediately lost her senses and left that place in a hurry. So, Lucas, who thought he saw Sarah was actually Gwen under the mask of Sarah.

However, fans all over the internet are asking to arrest Gwen. According to them, they suspect that Gwen might be the real killer. Almost all, except a few, are voting for Gwen to get arrested. Whatever it is, did Gwen really kill Sarah? Or is it just a way of escaping prison? We will know about this in the upcoming episodes. Stay tuned and watch Days Of Our Lives which airs all weekdays on NBC. For more information on updates and spoilers, visit our website, TV Season & Spoilers.