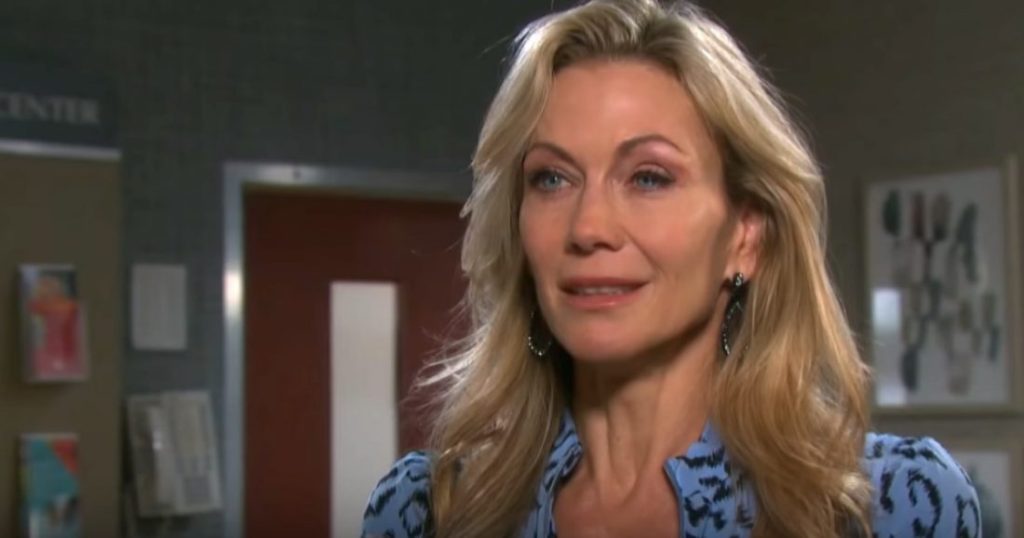 The latest Days of Our Lives Spoilers suggest that an exit is on the horizon. This exit is coming up for Stacy Haiduk, who has been playing a double character of Kristen DiMera and Susan Banks. As an added layer of challenge, Haiduk had to play Kristen pretending to be Susan and Susan pretending to be Kristen for the past few days. This swap was an entertaining one, but now it has started winding down.

What Will Happen Now?

Now all the Days of Our Lives fans can expect that the walls have started closing in during the May sweeps. Spoilers suggest that Kristen will try to save her scheme and keep Brady in the dark. However, that will be of no use. Days of Our Lives spoilers suggest that Kristen’s scheme will be exposed. Brady will bust Kristen, and you can bet that his wrath will know no bounds.

Brady has been feeling quite distant from Kristen lately. This was because of the huge secret she was keeping from him and also that making her push him away. Kristen has been close to Brady without being able to reveal the truth of her identity, and that has led to emotional distance between the two of them. Brady still thinks that she is behind bars and is choosing to shut him out, and that has been really tough for him to handle. He has been trusting Kristen and choosing to stay loyal. However, now, everything will change when the truth comes out.

Days of Our Lives: How Will Brady React?

Days of Our Lives spoilers suggest that Brady and Kristen will have a huge blowup coming up. It is hard to imagine that their relationship will be able to survive under these circumstances. Based on the BTS clues, it looks like the story will now shift to a love triangle between Brady, Chloe, and Philip. If this happens, there will be no room for Kristen there. She will only be adding more years to her prison sentence after her current stint. Also, Brady won’t be able to stand her insecurities, and he will leave him too.

Brady, Kristen, and Rachel Black’s family are on the verge of imploding, but it isn’t like there is much left for them anyway. Kristen’s swap plot was the last straw, and now this has inflicted more damage than anyone would have ever thought. All this will mark the natural exit plot for Kristen, who might go back to Stateville and spend time thinking about what she has done.

It is possible that Kristen might come back to the town sometime down the road, either being a completely changed woman or being a cold, bitter woman who wants revenge. Whatever happens, we know that Stacy Haiduk’s exit is coming up. Will you miss Kristen? Tell us in the comments below. We will keep you updated with all the news about Days Of Our Lives as it surfaces. So, you stay tuned.