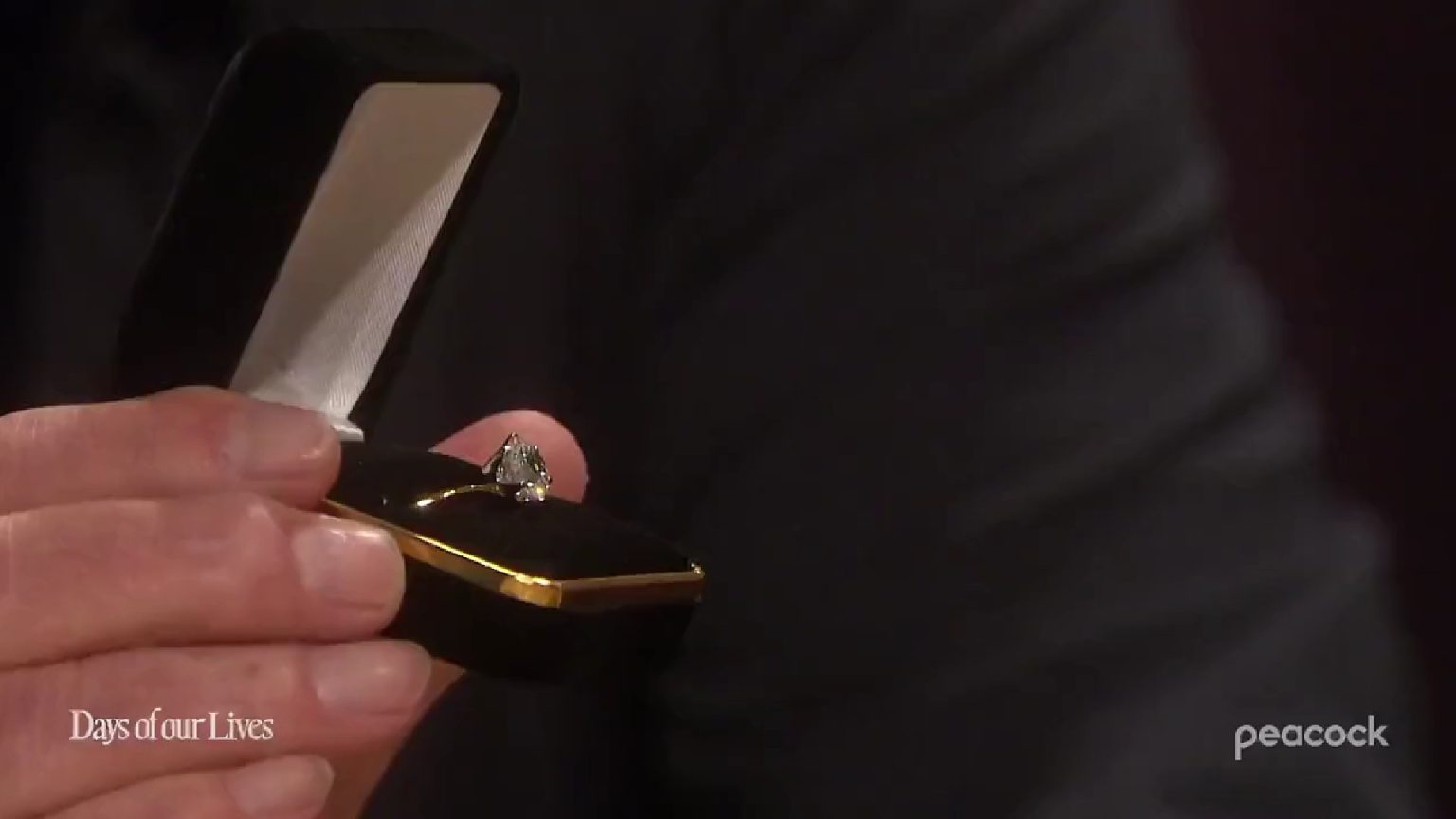 Days of Our Lives: SURPRISING MARRIAGE PROPOSAL, Roman Asks Kate To Get Married

Days of Our Lives spoilers tease that Orpheus’ former hostages will be nearing death and destruction coming week. So, Roman will want Kate to feel his love for her as he pops put a ring in front of her. Will Roman and Kate be able to tie the knot before something bad happens? Let’s look at what is going to happen in the coming week.

Earlier, we saw how Roman was completely shocked to find that Kate kept Lucas’ secret of kidnapping Sami under wraps. Kate didn’t even share this update with Roman. Due to that, Roman and Kate’s relationship faced a lot of problems. There was even a time when Roman didn’t even want to look at Kate’s face. But after she took responsibility for her actions and pled for another chance, Roman acknowledged her efforts and accepted her back into her life.

However, Days of Our Lives viewers know that their happiness was short-lived since the writers put Orpheus back into the canvas just to make things even worse. He kidnapped Marlena, Kate, and Kayla and gave them some toxic. Since then, Steve, Roman, and John are trying to get a cure for that toxin.

Even when John learned about the orchid, which has a cure, another bad news of it being extinct came along. Now that Kate is nearing death, Roman is trying to understand the amount of love she has for her. In that short period of time, Roman would like to give Kate a chance to look deeper into his feelings for her. What will Roman do now? Let’s see.

Days Of Our Lives Spoilers: Roman’s Marriage Proposal To Kate

Further on Days Of Our Lives, even though Roman doesn’t think that it is the end of the road, Kate may think otherwise. It is obvious for her to know since the end of the day Kate is the one facing a health crisis and knows how her body is changing. Kate’s status will make Roman fear for her fate even more.

So, Roman will decide to make things special for Kate. Days of Our Lives spoilers say that Roman will pop a ring in front of Kate and ask her to marry him. Whether there is time for marriage or not, he will at least make that commitment and prove his love for her. As for Kate, she will be over the moon and will wonder how much time she has got to spend with Roman. Since the marriage proposal will happen in front of everyone, all will cheer for Roman and Kate

Now, the real question is: will Kate be able to survive till marriage, or is something bad to happen real soon? We will know that in the future. Stay tuned and watch Days Of Our Lives, it airs every weekday on Peacock+ in the US and on The W Network in Canada. For more updates and spoilers, visit our website, TV Season & Spoilers.